On March 31, transgender individuals come together to celebrate International Transgender Day of Visibility. For City High transgender students, this event is an opportunity to educate others and raise awareness over trans issues. 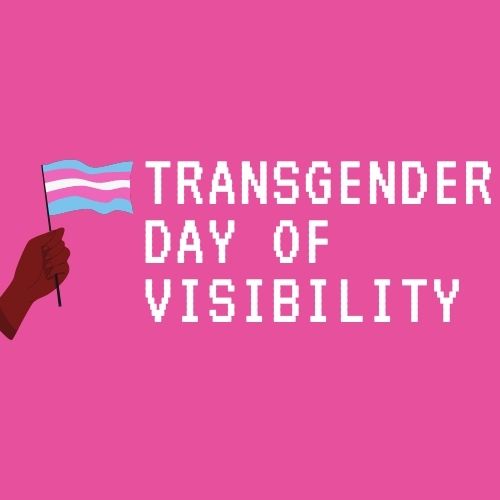 Transgender Day of Visibility is a day dedicated to recognizing the struggles transgender individuals face. This day gives members of this community an opportunity to express themselves over their issues and essentially be seen as often as they are overlooked.

This event, and the week leading up to it, is dedicated to raising awareness over trans rights and issues within the community while also celebrating the successes of transgender individuals.

“[Transgender Week of Visibility] is a day to celebrate the fact that trans people are here, and we’re alive. To have the day to acknowledge our existence and how we’re alive and how we’re here and how we need to be seen is really important,” Reyna Roach ‘24 said. “I think education is something that is really useful too, especially to trans youth, people understand them more.”’

“It’s super important to mark this event because often trans people can be ignored or erased from the world, and so by specifically remembering the issues trans people face, we can counter that a little bit. It’s also an event of love and support and a time to try to uplift the trans people in your life,” Sauder said.

This event is seen as an opportunity to educate others about transgender people, their struggles, and how to become a better ally to them.

“I think just acknowledging [transgender people] and educating yourself is super important, especially for City High students,” Roach said. “Contacting your state legislators, being aware of things that are happening to trans people, and supporting trans people in your life is something we should be doing every day.”

In recent years, the Iowa Legislature has been pushing for legislation against transgender individuals in Iowa such as Senate File 224 that would remove gender-neutral bathrooms from public and private schools in the state. Such legislation has caused some uproar among students and those a part of the trans community in Iowa.

“I think our community can do more and should be doing more,” Roach said. “I think that a lot of the pressure on that is on the older generations because the youth are really pushing for [change].”

“I think that there is a great community of trans people and trans allies at City. However, we are not immune to transphobia here. It’s really important, if you’re a cis ally, to stand up for trans people in bad day-to-day situations,” Sauder said.

Some students have stressed the importance of educating others on trans issues and rights as it is a topic that has been widely overlooked.

“A lot of people don’t discuss trans issues, it’s like an out of sight out of mind [situation] which is horrible because we’re here and not knowing about trans people doesn’t make them go away and it just creates an unsafe space for us,” Roach said. “These events are wonderful and I think that [it’s good] to have specific times for education and awareness, but acknowledging trans people and making sure trans people are safe is something that you need to be doing every day because it’s not just on March, 31 that trans people exist, it’s every day.”