The Little Hawk • May 6, 2021 • https://www.thelittlehawk.com/56211/uncategorized/teacher-appreciation-column-monsieur-balcaen-makes-french-a-breeze/ 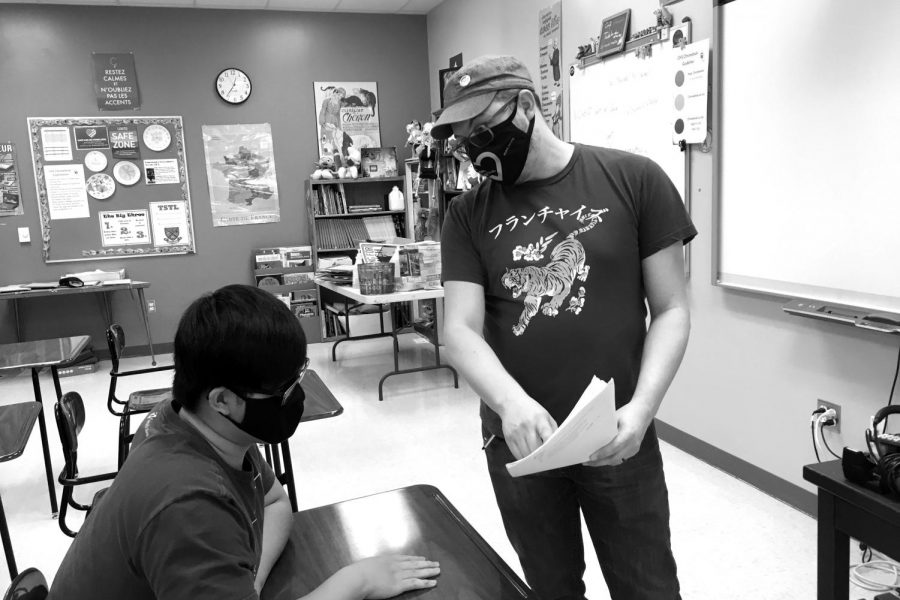 If you take a foreign language at City High, most likely you take Spanish. However, anyone who has taken French will tell you that French is worth taking just so you can have Monsieur Balcaen.

Monsieur Balcaen always starts class by asking how we are all doing and talking about his day. He will often tell the whole class short stories about his pets or what show he watched over the weekend. Monsieur makes sure to stay on track though. He always has a plan for what the class is going to accomplish that day, and he encourages everyone to participate in class.

There are lots of vocab, grammar, and tests you need to worry about when taking French, but having Monsieur Balcaen’s sarcastic sense of humor makes it a breeze. For example, when we are learning some French culture vocab he will often talk about how he relates to it in his life. He will tell the class that this French tradition is only done by old people, or if it’s a hip thing to do. It’s for these reasons why I believe that taking French with Monsieur Balcaen is the best!