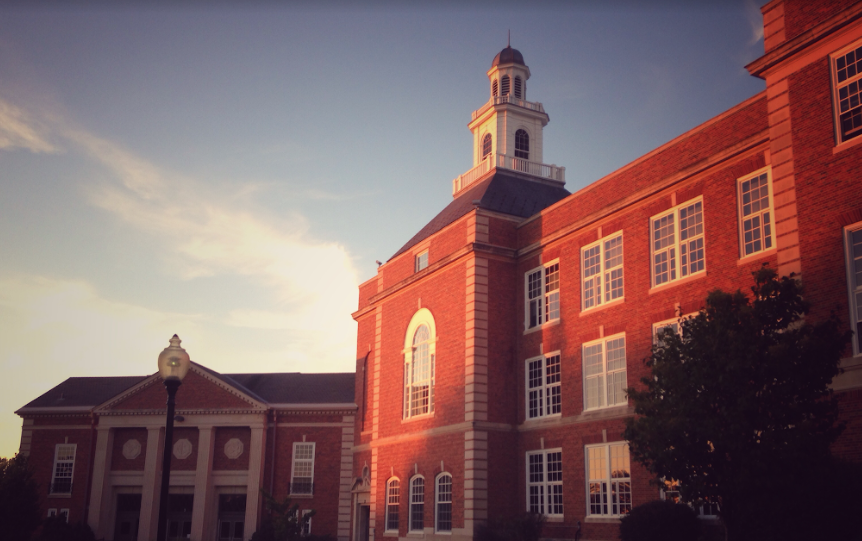 In lieu of the fine arts department’s traditional performances and showcases which have been mostly canceled this year due to safety concerns, newly hired Fine Arts Secretary Marianne Davenport has organized an arts festival showcase for the end of the 2020-2021 academic year.

The event is scheduled for Tuesday, May 25 at 5:00pm on Bates Field. The showcase, as Davenport puts it, will behave similarly to Iowa City’s Summer Arts Festival, complete with food, at least one stage setup, and tents for art students to display and sell their work. Making an appearance at the showcase will be City High’s two show choirs, show choir combo, orchestra, pep band, jazz band, and drum line, as well as cast and crew from this year’s musical production of “Matilda”.  Davenport describes this year’s arts festival showcase as both a “ramp-up” and “trial run” for what will hopefully become an annual community event. Unfortunately, due to scheduling inconveniences, the event has no backup dates this year and would be canceled if rain occurred.

As a former sub and a show choir parent of eight years, Marianne Davenport feels like this event is a step in the right direction towards a more community-wide appreciation of the arts.

“I hope [this showcase] turns into an event where it’s not just for the arts kids,” Davenport said. “I hope it brings a bunch of people in. Not everybody can come to a concert. You go to a concert if you have a kid. However, especially this year, you can’t. I hope it’s a community showcase for City High.”

Davenport stresses that the primary purpose of the event is to showcase the arts department, not to fundraise. She adds that the art department is incredibly creative with their fundraising as it is. However, due to the uncertainty and novelty of this academic year, many fundraising campaigns have been canceled.

“For example, marching band, their revenue generator is parking lot cleanup from the University [of Iowa] football games. That didn’t happen this year because there were no football games.” Davenport said. “The show choir generates their funds through a lot of donations. But that spring and winter show that they do generate a lot of their funds for them also. The jazz band kids don’t really have anything except the jazz showcase. They generate their funds from that. Orchestra does a dessert concert. Additionally, parents’ donations constitute a large portion of funds.”

“We live in a town where our arts festivals are incredible. I’ve lived in Denver and I’m telling you, this Summer of the Arts is phenomenal,” Davenport said. “I mean, between the Jazz Festival, the Friday night concert series, the movies… they have so many festivals. And so I think [our event] fits right into that. We’re reading what’s going on in the community.”