City Volleyball Struck Down in Straight Sets by #1 Ranked Liberty 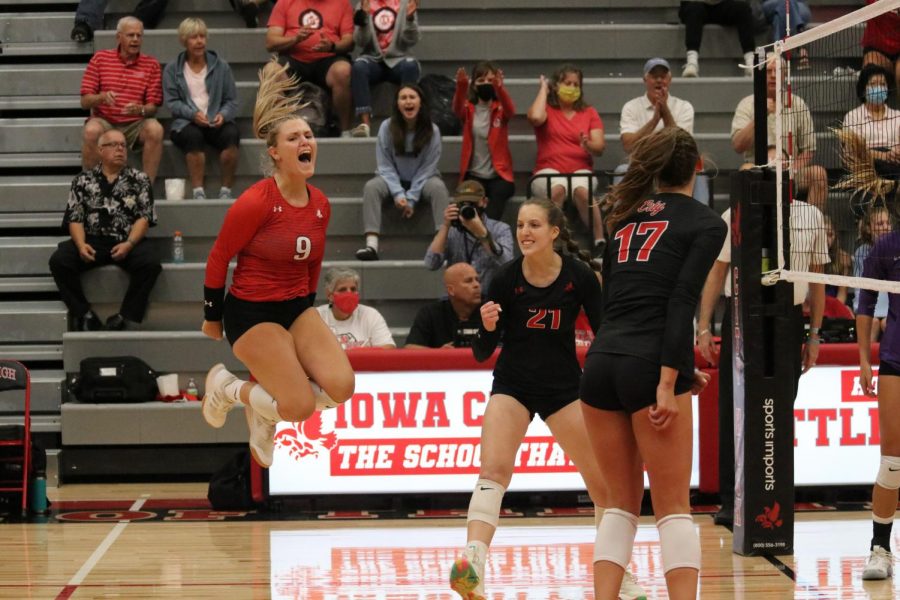 The deafening roar of the crowd echoed throughout the new gym as the City High volleyball team faced off against Liberty. During the first few points of the game, City High seemed to be even with Liberty, but then the Bolts hit their stride and pulled away, ending the game with a decisive 3-0 win.

“We can learn a lot from this,” head coach Tricia Carty said. “We started out really strong, [but] we need to learn how to sustain [that strength] throughout the match.”

Another thing that the team is looking to improve upon are their serves.

“We’re gonna work a lot on serving aggressively,” Carty said, “[If] we’re serving really tough at [one] person, and then able to pass the ball to [our] target. I think it will allow us to be successful.”

Even after the loss, Carty remains optimistic for the rest of the season.

“It’s right there, we know we can do it,” Carty said. “Now it’s just putting [it] together for a complete match.”