University students and community members continue to speak out against Fiji 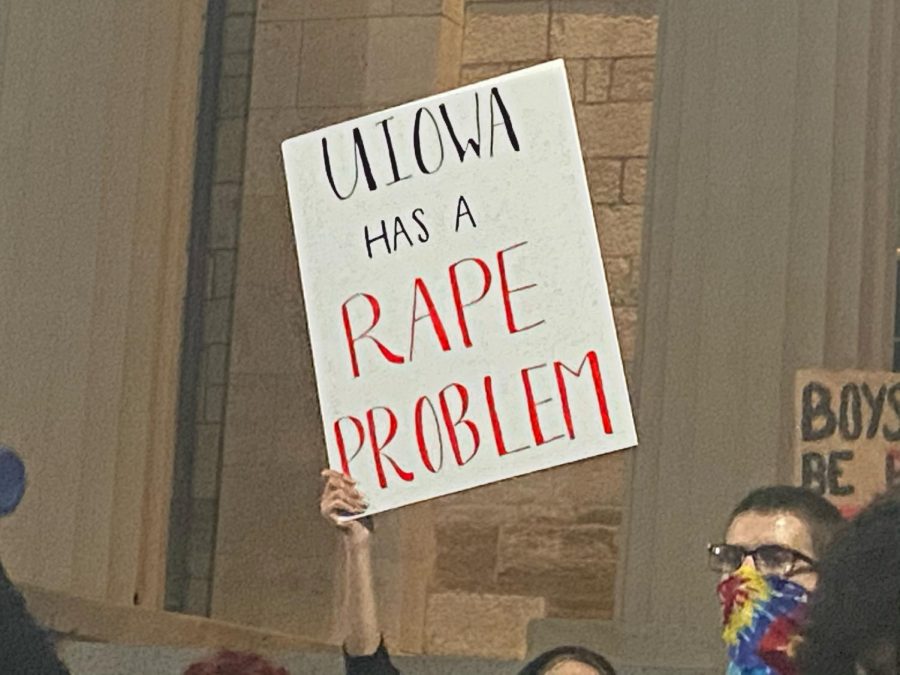 The Phi Gamma Delta fraternity, better known as Fiji, at the University of Iowa has prompted protests from the community. Two former members of the fraternity were accused of sexually assaulting a university student in September of 2020. Warrants were issued to search the fraternity, but there were no charges.

Multiple protests have occurred, with university students gathering to voice concerns about the issue. Previous protests left the fraternity with boarded up windows, but the protest on the night of Thursday, September 2 was peaceful with a turnout of several hundred attendees.

Protesters began at the Pentacrest, made their way across the river, up Ellis Street, and to their final destination: The Fiji House.

“I don’t want to feel scared walking to classes,” University student Shannon Stokes said. “I want to feel that the university has my best interest at heart.”

The house had boarded up windows with a few lights still on. This prompted protesters to demand those inside the fraternity to come out of the building.

“I’m out here because what the Fiji house did is horrible,” Jack Kelly ‘21 said. “And the university isn’t handling it well at all.”

The University of Iowa’s Dean of Students Angie Reams, and Vice President of Diversity Liz Tovar, released a statement on their Instagram account, with a photo of the campus and an announcement in the caption.

“We hear your concerns and anger, and we share your feelings regarding the serious allegations of sexual misconduct on our campus and across the nation. Sexual assault is unacceptable and putting a stop to it on our campus starts with each of us. If and when you see something, say something,” the post read. “Misconduct should never go unreported, even if the perpetrator is a friend.”

The university will also be updating their anti-violence plan, and encourages anyone with information to reach out to the Office of Equity. More information on the ongoing police investigation into the Fiji house can be found at The Daily Iowan.