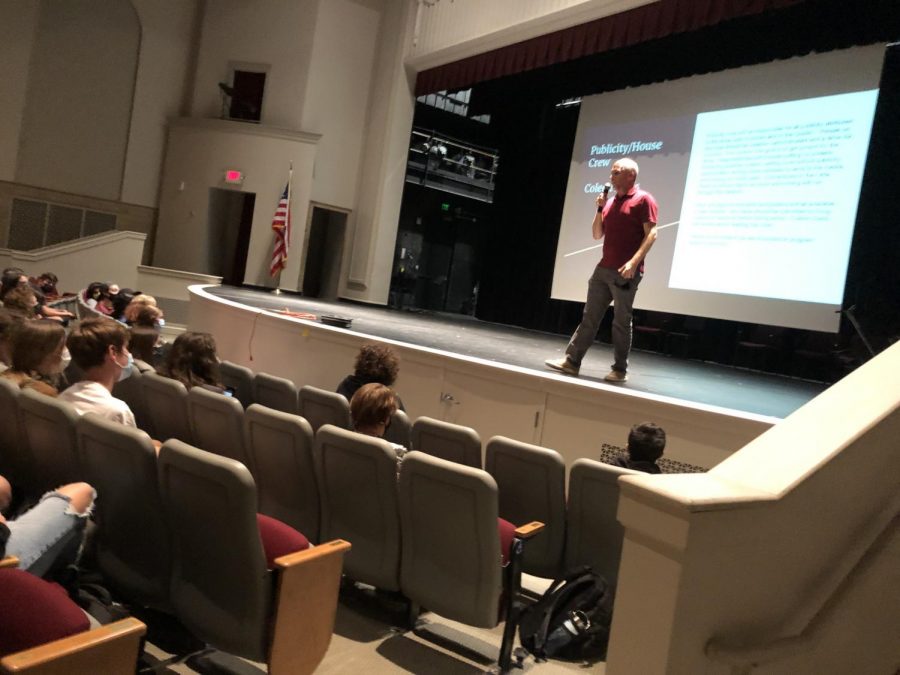 City High’s first tech crew meeting of the school year took place September 14 after school in Opstad Auditorium. This year’s fall play is titled “Noises Off,” a comedic play-within-a-play which is anticipated to require extensive set work. This means that a large amount of tech work is set to begin soon.

Doug Lestina, the head of tech crew at City High, explained to the group of interested students the responsibilities of each crew section, and the amount of work required to be counted as part of the crew.

Construction and painting crews will begin next Tuesday, and members are expected to work a few hours each week, adding up to about 35 hours total. Additionally, costume crew is set to start soon, creating outfits for the nine cast members. Members of costume crew will also be expected to be on-call during performances.

Lights and sound crew will be setting up closer to the play’s debut, and will also work during the performances. These sections require heavy lifting and working in high-up places, like the catwalks above Opstad. Shift crew will start work around the same time. This crew’s responsibility is moving props and pieces of the set during performances. Members of this crew are expected to be present at all times throughout the process. Makeup crew will begin later, and will require a lower time commitment than the other crews. This crew will work directly with the cast, doing actors’ hair and makeup for dress rehearsals and performances of the show.

The last section, publicity and house crew, will design the show’s poster and will handle ticket sales and distribution. They will also be responsible for organizing advertisement for the show.