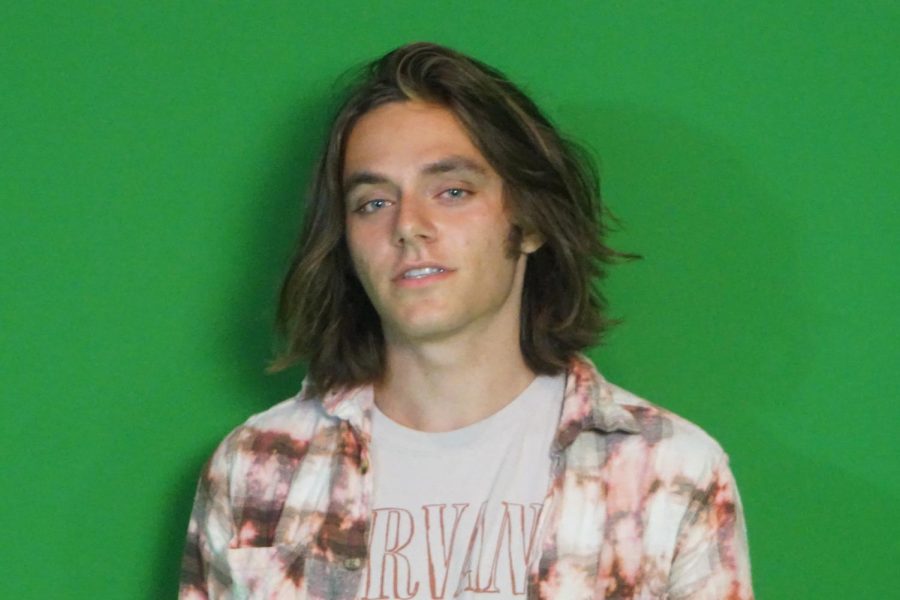 Q: What are you currently struggling with?

A: Do you want me to get personal? I have terrible anxiety and self-doubt. That is really overwhelming. I listen to music I can scream my head off to. To, you know, [cope]. Nirvana and Jimi Hendrix.

Q: How do you connect with people?

A: I tend to find the right people; I just get connected to them. This band called “Luna” played in Chicago a few years ago; I got to meet her. She was a solo artist with a backing band. After their performance, she said, “Okay, you guys can come meet us.” And I went up to them. I spoke to her for a little bit, but she was kind of the star. She had to talk to everyone. So I went straight to the drum player who was seriously like Keith Moon or Ginger Baker. His name is Ryan, the Person. So go follow him on Instagram. This guy was kicking ass. And I was talking to him for a while until I met the guitarist. We were all just talking [about] music. It’s kind of a loose connection for when I want to start getting my feet wet, you know?

Q: What do you see your future music career looking like?

A: I’m more of a solo guy. I would love to play with people, but I don’t think I could be tied down to a specific band. Maybe I’ve just got too big of an ego. But, I’ve been playing the guitar for about three and a half years. Electric and acoustic; I love it. It’s just something I really have a passion for.

Q: Talk about your life before and after music.

A: I was a really outgoing kid. But when I was younger, my even younger brother was diagnosed with cancer. He ended up dying as a result. This was after about a year and a half. I went from being a really happy, outgoing kid to just slowly over time shifting into a more comfortably isolated guy. It really shows in who I am now in public and even in the songs I write. But, music had always been something I was interested in. I always really liked singing. When I was seven, I sang songs for the school talent show or whatever. But you know, at that point afterwards, after that big, traumatic event, I just really threw myself into it. It was a good coping mechanism for me.