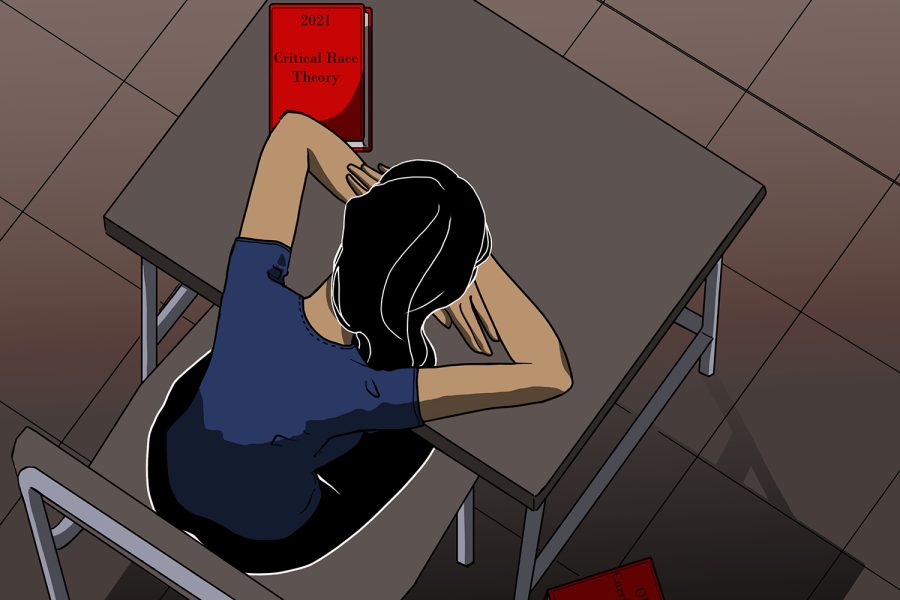 Iowa Legislature Should Not Prohibit Education on Systemic Racism.

There is no doubt that the contentious debate surrounding the teaching of Critical Race Theory (CRT) in America’s schools is one of the most important issues surrounding education in history. Despite this importance, Critical Race Theory has been grossly stigmatized and overcomplicated by its opposition, leading to the creation of laws that are explicitly and consciously designed to incite fear in teachers interested in delving into the issue of CRT with their students. This can be recognized in a recent Iowa Law.

Recent laws such as IA Bill 802, passed in the Iowa House of Representatives regarding teacher training, are infringing on our education system’s ability to expand the knowledge of teachers in the topic of teaching race and privilege, and as a result, stifling vital student education in this topic. And yet, the law doesn’t even mention CRT once in its entirety. The intention of the authors of the bill was to prevent teachers from being taught about America’s systemic problems; the same teachers who are at the forefront of the education of the next generation of American children. The most frightening part of the bill is that its creators achieved the bill’s intention while masquerading it as a protection of First Amendment rights.

There’s a reason that our history classes leave out certain concepts that are vital in understanding America’s systemic issues: American education is designed to indoctrinate children in patriotic ideals and nationalism. Mandatory patriotic education has been the standard in the United States ever since it first gained independence. While this might be more subtle today than in the past, even at City High we start the day by reciting the Pledge of Allegiance, which means that it is required for each classroom to display an American flag. Because American education has always emphasized America’s cultural, military, educational, and political superiority, even the idea of exposing America’s numerous systemic issues would set a precedent that many in the Iowa House of Representatives, and across other states that passed similar laws, are not ready to set.

Bill 802 is an attempt by lawmakers in the Iowa House to uphold the standard of teaching American exceptionalism. The law calls for the banning of race and sex “scapegoating,” strictly prohibiting mandatory training that includes “assigning fault, blame, or bias to a race or sex, or to members of a race or sex because of their race or sex.” It implies that our wish is simply to apply blame for racism in the US, and to make others feel negatively about their privilege. While this language is quite menacing, it misinterprets what advocates of racial justice actually want. The point of teaching students about privilege and systemic racism in America is not to make them feel guilty, it is to help them understand how and why several of America’s systems are fundamentally and inherently racist, and how this creates the concept of privilege.

It is moments like these in American lawmaking history that can and will decide how the minds of young Americans will develop for generations to come. American education cannot continue to be plagued by laws that censor discussion of important systemic issues. We simply cannot afford for the education of American teachers and thus students in the importance of understanding systemic racism and privilege in our country to be hindered by conservative legislation. More diverse content on race and other systemic issues need to be implemented at City High and American schools across the country.