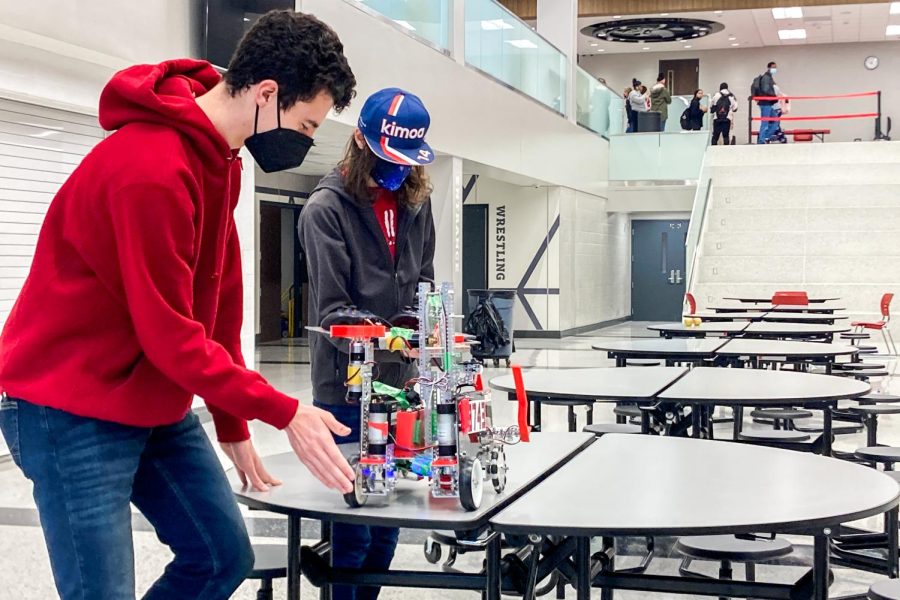 “Teams and their robots must navigate a complex transportation system by traversing barriers and racing against time to load and deliver essential items to those who need them most,” according to the FTC official website.

In Thibodeau’s words, the game challenge translates to moving small spheres and cubes to desired locations within the robotics game arena. Additionally, there are smaller ways to gain points such as developing hardware and software that respond to challenges such as balancing plates.

Starting in late November, the team will proceed to preliminary competitions that act as qualifying matches until around the middle of December. Next, Raw Bacon will move to regional competitions where they will gain the opportunity to acquire awards. Regular meeting times are Tuesdays and Wednesdays after school until 6:00 in the Hoover annex.