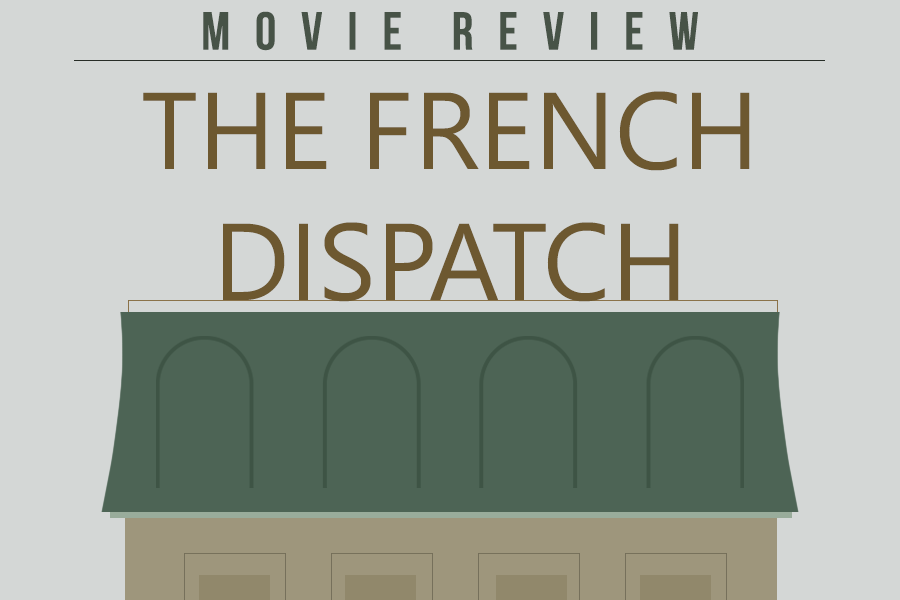 Described as a “love letter to journalists”, this film has many of today’s most popular actors such as Timothee Chalamet, Elisabeth Moss, Bill Murray, and Saoirse Ronan. I would go as far as to say that it is one of the best films of the fall, with beautiful visuals, and an amazing soundtrack.

One of the issues I had with this film was the stylistic choice of jumping around to different stories, each of which could have been their own full-length film. This makes the film hard to follow along with, but I can understand why Anderson made this choice. The film is split into sections, like that of a newspaper. Each section has its main story portrayed in the film, such as a dramatic kidnapping of a police commissioner – in the tastes and smells section. In most of the stories, pretentious writers get carried away with the story until it does not identify with their section at all.

I was excited for this film because of its cast, and because of the director. I love Wes Anderson’s other films, because of his signature visuals. When you go to see a Tim Burton movie, you expect pale characters with a sickly and sullen appearance, and when you see a Wes Anderson movie, you expect something charming and beautifully crafted, maybe even with stop motion animals. This movie lacked the animals obviously, but still had the beautiful color scheme that makes Wes Anderson films so recognizable and iconic.

I love many of the actors in this cast, particularly Bill Murray from his performance in Sofia Coppola’s Lost in Translation, Saoirse Ronan in Little Women and Ladybird, and Timothee Chalamet from those same films. I had a suspicion that Timothee and Saoirse would interact in the film, as they have been love interests in two previous movies, but that did not happen. They have beautiful chemistry and are great actors on their own, but I think if Wes Anderson had incorporated them together in this it would have added to the film.