City High Holds First “Choirs For A Cause” At City High 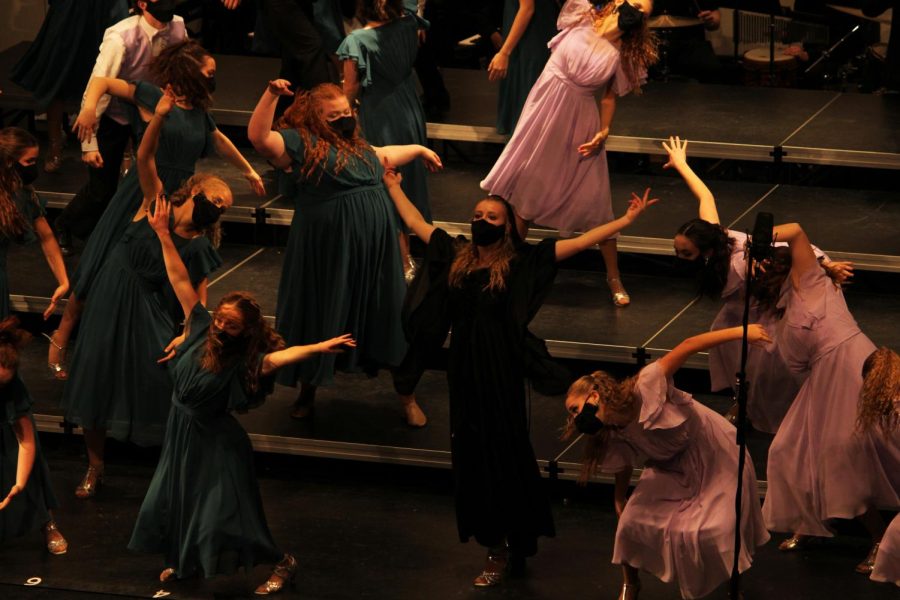 On Wednesday night, parents and students stomped snow off their boots as they drifted into Opstad Auditorium. After the Winter Show a few weeks ago, City High show choirs returned to the stage to perform at this year’s “Choirs for a Cause.” This was the first year the event was held at City High, and the school was joined by two other choirs visiting from West High.

Eva Stadtlander, a senior at City High, was excited to be participating in the first event hosted by the school.

“I think it will be kind of cool to have it here in Opstad,” Stadtlander said. “Our first rehearsal back from break is always a little iffy, but this time rehearsal went really well. I have a good feeling about how well 4th Ave has been doing, and Charisma has also been putting in a lot of work.”

“It’s going to be awesome,” Hagy said with a smile.

As lights faded, Charisma paraded onto the stage. Their performance was followed by the two West High teams, Good Time Company and Showtime, and the night ended with 4th Ave’s act, their theme entitled “Enchanted.”.

“[The performance] was hard in some ways, because when you get more people in the audience, the air is thicker and sometimes it’s harder to breathe with our masks. But I think we did our best, and I’m really glad about that,” soloist Jake Roth ‘22 said. “I’m really proud of both our show choirs and combo!”

Although directors have yet to decide where the money raised from the event will go, they ensure that the announcement will be made soon and that proceeds will go to charitable cause.