From Thought to Plastic: 3D Printing at City High

City High students have been transforming ideas into plastic with the Library’s 3D printer. 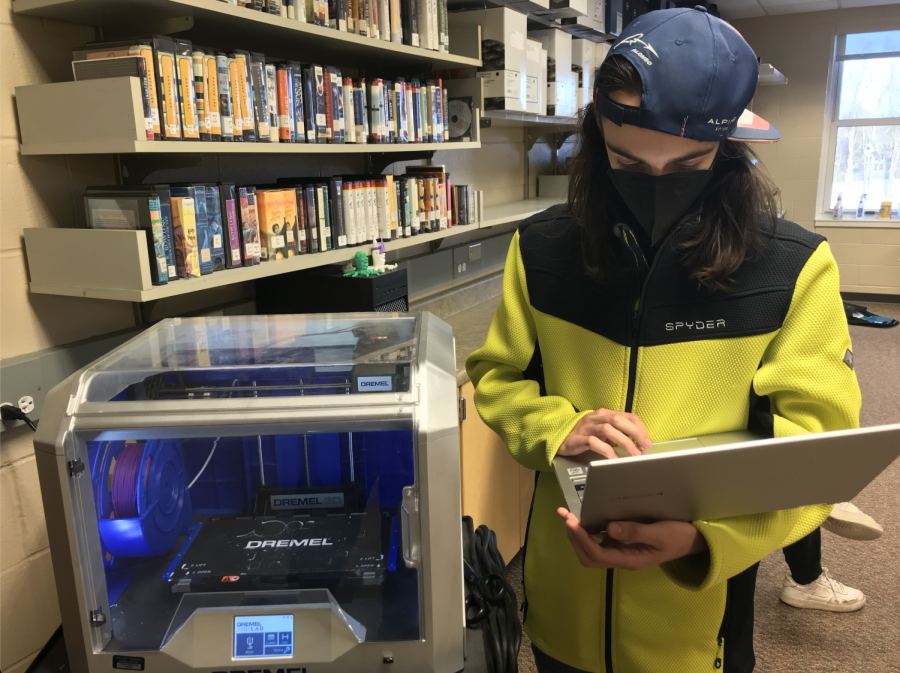 3D printing is the process of making items out of plastic by first making them in a 3D modeling software before slowly printing them out of plastic filament one layer at a time. The printer has sat dormant until recently, as students have begun to make things for their personal and school projects.

“I think it’s really good because 3D printing is a skill that you can use for not just a hobby, but as a career or for your classes. I think it’s cool that people are using it” said Ferguson Ward ‘22.

“I don’t think anyone knows where to start, it’s a learning curve that never really stops. Don’t think that you don’t know enough because it’s really easy to learn,” Ward said.

Ellen Land who runs the tech office has been helping students use the 3D printer and encourages anyone interested in using the printer to stop into the library.

“I think students using it is awesome because that’s what it’s there for, it’s meant to be used,” Ellen Land said.