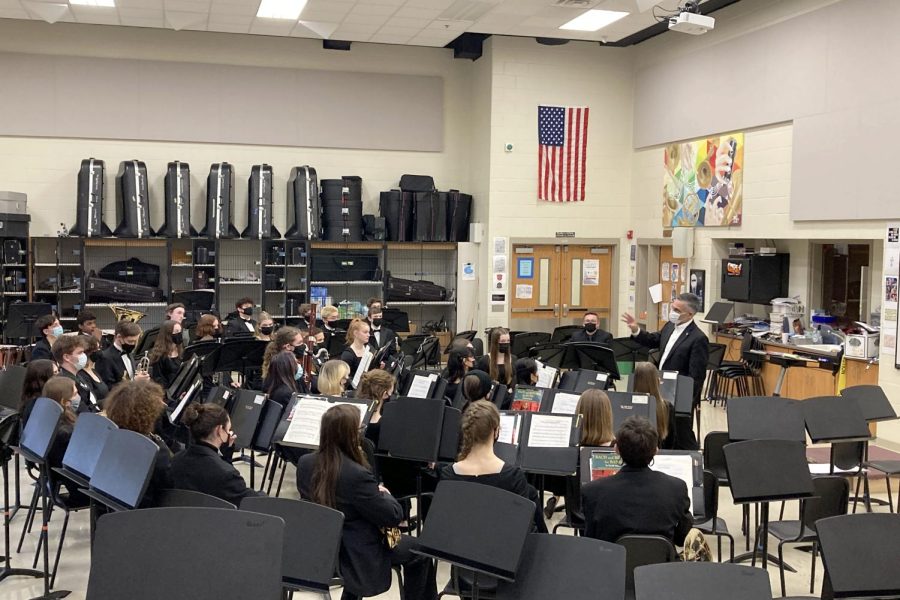 The City High Wind Ensemble and Symphony Band played at the All-Iowa Concert Band Festival on February 21. The festival included bands from around eastern Iowa. They were not competing for a rating or placement, however, after performing, both bands got critiqued on their pieces by a clinician.

“I thought that clinician was hilarious. His main thing was about taking ownership of your individual place in the band and knowing who you should look up to, which I thought was cool,” Ella Sherlock ‘23, a bassoonist in Wind Ensemble, said.

Wind Ensemble director Mike Kowbel was happy with the performances and thinks that the feedback the bands received will help them polish up more as they move forward toward their remaining concerts.

“I think there were some moments for both groups that we played really well. I was really convicted and challenged by [the critiques]. I thought they were really good,” Kowbel said.

Sherlock was also very happy with the band’s performance at the festival and feels that their hard work showed in their performance.

“We’ve been working so much on really balancing [different instruments], and in this performance, I thought that nobody really outplayed each other,” Sherlock said. “We kind of eliminated most of the moments where people want to be heroes and show off.”

Kowbel hopes that the experience will help the groups continue to improve their skill level looking toward the final portion of the year.

“I think we’re playing harder repertoire now than we were at the beginning of the year, and we’re getting back into the groove of what it means to be in band,” Kowbel said. “I feel good about where we’re at, and I think we’re setting ourselves up for really, really good stuff in May. I’m excited about the way the rest of the year is going to go.”