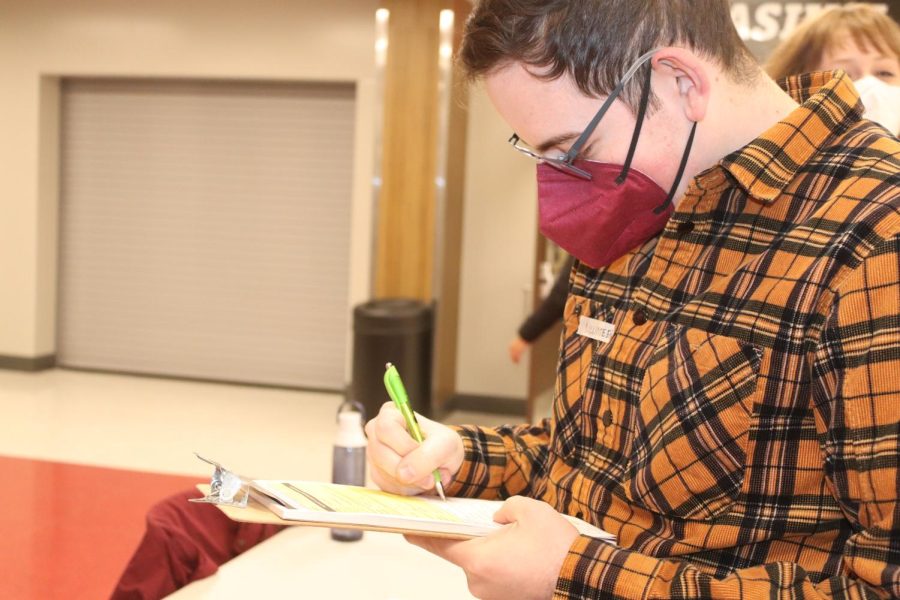 From City High student to candidate for the Iowa House of Representatives, Adam Zabner ‘17 shares his story.

Zabner was born and raised in Iowa City after his parents immigrated to the United States from Venezuela. He went to college at the University of Chicago and took time off of school to work as a political organizer for the Pete Buttigieg presidential campaign and Jon Ossoff and Raphael Warnock senator campaigns. Zabner proceeded to work as a regional organizer director for the Iowa Democratic Party throughout the general elections in 2020.

“I graduated from City High five years ago and what inspired me to run is that I have two older brothers who aren’t in town anymore. In the five years since I graduated, so many of my friends have already left [Iowa],” Zabner said. “They joined the 50% of Iowa and Iowa State grads that leave after graduating.”

According to 2018 statistics from United Van Lines, Iowa is ranked eighth out of the fifty states for having the most people move away. Those looking for jobs and looking to retire have the highest number of individuals moving out.

“Iowa has the opportunity to lead on issues like climate change, the pandemic, healthcare, the economy of the future. But we cannot do it without our young people. We need them here to be working on those issues,” Zabner said. “I think our state is going in the wrong direction if we want to do that.”

Iowa has four congressional districts, three of which are held by Republicans, after the party gained two seats in the 2020 election. There are currently 60 Republicans in the Iowa House of Representatives and 40 Democrats.

“Every year, tuition at the University gets higher. We have a state that’s openly hostile to young people and their values. Every year, there’s less funding for public schools and this year, there’s an all out attack on them. I want to get involved because I think Iowa needs to invest in and retain our young people,” Zabner said.

Zabner is grateful for his experience at City High, and got involved in politics to work towards investing in and retaining all Iowans.

“I would love to have conversations with people about how they can get involved, whether it’s with my campaign, something they’re interested in, or an idea they’ve been thinking about. Get involved, telling people what you think is incredibly powerful. You have power as a student,” Zabner said.