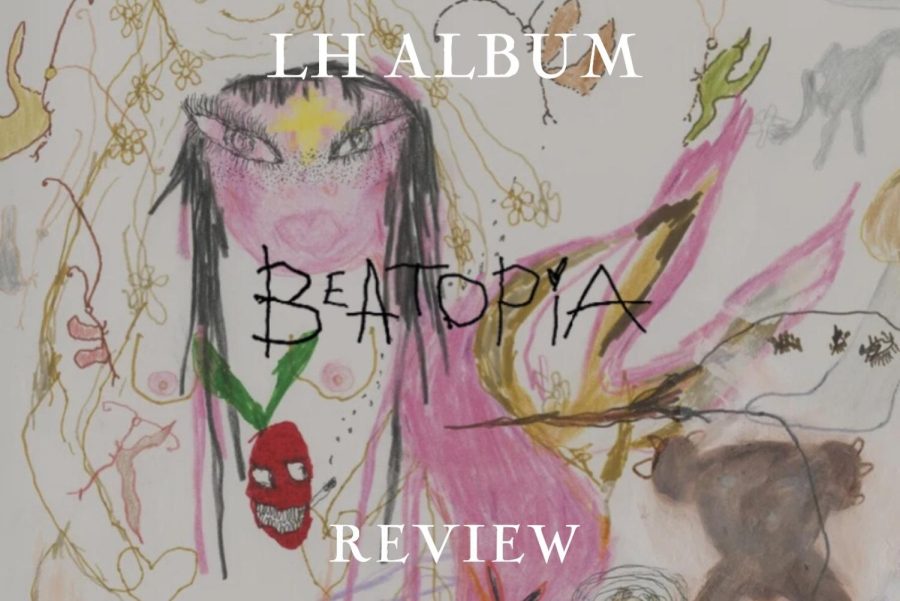 Bea Kristi, a Filipino-British 17-year-old with no plan for a career in music uploaded her original song “Coffee” to YouTube in 2017. Now, the 22-year-old just recently released her second studio album “Beatopia” under the name Beabadoobee.

“Beatopia” is an album full of love-at-first-listen bops complete with beautiful ballads and jazzy pop beats. It’s the complete opposite of the rebellious, angsty young adult from Kristi’s 2020 debut album “Fake It Flowers.”

“Beatopia” was the name of Kristi’s childhood imaginary world. In an interview with NME, Kristi describes Beatopia as a place she would visit to escape what was happening in her life. Kristi surely had to channel her inner child to make this album, and it definitely worked as she created a much brighter sound this time around.

The Indie Pop/Alternative Rock album sounds like it could very well be from the 2000’s with the guitar-heavy bubblegum pop feel Kristi produced. Kristi’s lyricism really shines through in the sixth track, “The Perfect Pair,” that rings with her euphonious voice and very catchy instrumentals and discusses communication issues between Kristi and a partner. A personal favorite track of mine on the album is “10:36” which is a bubbly-electric pop-rock jam, and the singer has explained in a press release that this track is about “how [she has] this weird dependency on human contact to sleep.”

A plethora of the tracks have very lively and energetic energy and instrumentals. Normally, ballads aren’t my favorite but Kristi’s voice sounds so elegant and filled with emotion when singing them. “Ripples” starts with ethereal orchestral instrumentals as Kristi sings about finding herself after spending time away from the ones she loves. “Tinkerbell is Overrated”  features British Pop singer PinkPantheress, who adds whimsical vocals to the track. The vocal harmonies in this track are incredible, and their voices sound magical together.

Overall, I enjoyed this album from start to finish and the fun beats and breezy vocal harmonies mesh together very well. This is definitely an album that is worth giving a try. I suggest being ready to both jam out and carry a pack of tissues for the slower ballads on the album. Beabadoobee has come a long way from a teenager with no musical ambitions, to a well known indie artist and this album has proven her potential to make an even bigger name for herself in the industry.