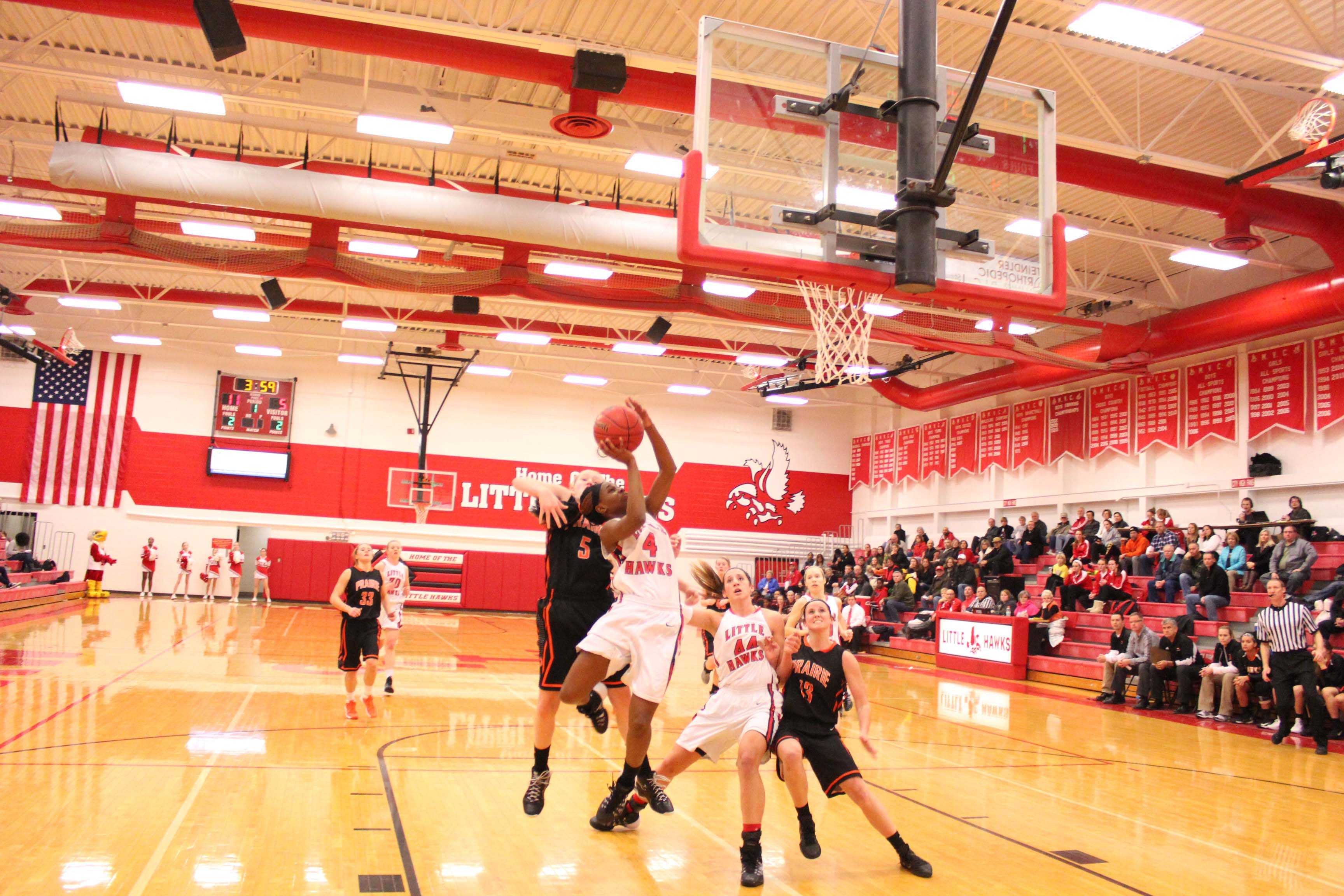 Kierra Washpun drives for two of her 17 points against Prairie. (Cora Bern-Klug)

Kierra Washpun drives for two of her 17 points against Prairie.

Girls basketball attendance on the rise

Men’s sports, throughout history, have generally drawn more student spectators, as well as spectators in general, and popularity than women’s sports. The University of Iowa Women’s Basketball Team is no exception.

The City High girls basketball team is challenging this consistent trend. Their ascension to the number one ranked team in the state, with an unblemished record of 19-0, has attracted more fans than the boys basketball games have, according to a recent student poll.

“I think the biggest reason people went to the boys games more [before this season] is because the boys games were more interesting,” Haley Lorenzon ‘14 said. “Because they are more athletic than girls, they really didn’t take the records into consideration.”

The increase in attendance at girls’ games has had a positive influence on their performance, Bill McTaggart, Head Coach of the City High Girls’ basketball team said.

“The girls work very hard in practice and love the opportunity to be acknowledged by their peers,” McTaggart said. “The girls seem to do a lot better when there is a large crowd and the adrenaline flows more when there are more people.”

It is possible that more students attend the girls games because of the publicity that comes with being at the top.

“The girls [team] has had a fantastic year, rated number one, with probably the best player in the state, so it is easy to see why students would want to attend the girls’ games,” Don Showalter, Head Coach of the City High Boys basketball team said.

Besides promotion from news outlets, such as the Press Citizen across many local online news sites outside of City High, there are also ways McTaggart has utilized from the beginning of the season to publicize.

“I try to put the games on the announcements and promote the games to students whenever I can,” McTaggart said.

Despite the girls’ command of their own season, the Little Hawk boys team keeps working.

“We are trying to get our program – and we are making big strides – to the point where students want to attend and help the team win,” Showalter said. “We’ve scored a lot of points this year and the players have great chemistry. They are fun to watch.”

Although there are disparities in opinion over what should be expected from their peers-Lorenzen believes it is an obligation for students to attend home events, while Luke Posivio ‘14 thinks it’s not necessarily a liability to attend them-the change has made its imprint.

“I don’t mind if students attend our games, but it’s a much better atmosphere to play in if they do,” Posivio said.

Lorenzen also believes the environment is improved with larger support base from students.

“The whole [girls] team has noticed the larger crowds and it’s such a nice change,” Lorenzen said.

Regardless of attendance statistics or gender popularity, the focus of high school sports is not lost according to Showalter.

“I think this is part of the high school experience for the students,” Showalter said. “Go to games and have fun cheering for the teams. Showing support for the school and taking Pride in the school teams are an important part in the life of a high school student.”