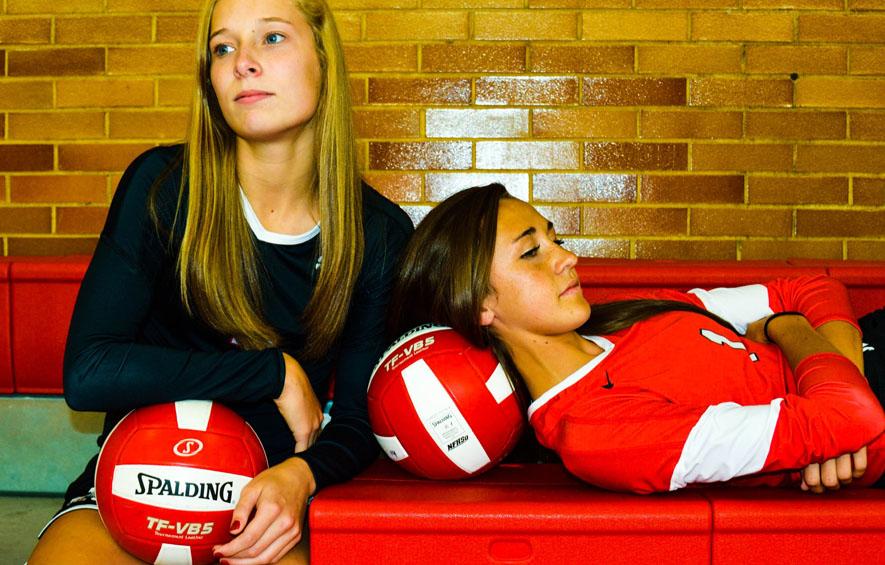 Last Tuesday’s Battle of the Spike will go down as one of the most memorable nights of the varsity volleyball team’s season. In a two and a half hour match against West High, the Little Hawks defeated the Trojans to bring the Spike back to City for the first time in three years. Sarah Plock ‘15 and Ashley Smith ‘16 attribute defense as a big part of their success. 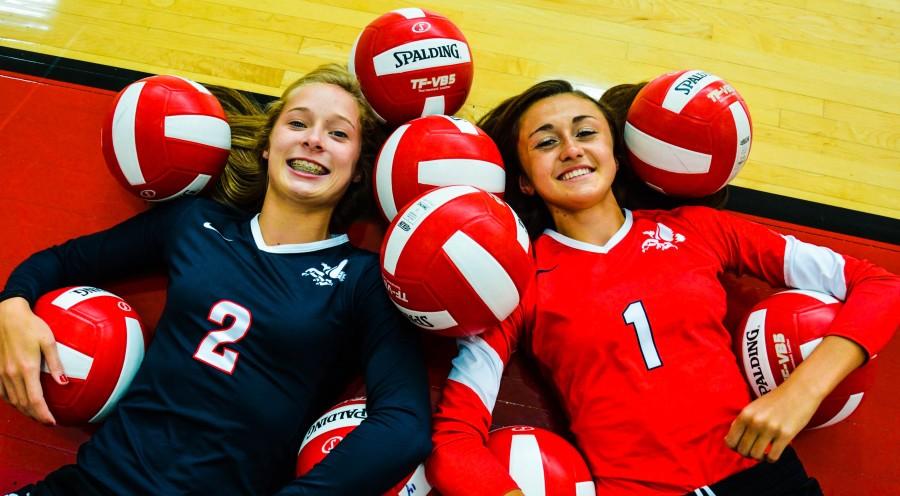 “Our coach said that defense is what’s going to win the game because that’s one of the things we thought West struggled with,” Smith says. “Their offense was definitely strong but their defense is what struggled, so keeping a stronger defense helped us a lot.”

Smith is a new addition to the team, transferring from Tipton High School at the beginning of the year. Plock has played multiple positions for City High volleyball, from middle hitter to setter. This season, Plock plays defensive specialist, or DS, and Smith is the team’s libero- both of which are strictly defensive positions.

The main job of the DS is self-explanatory: she specializes in defense, which means that she has to quickly read the attacks and react accordingly to set up the point. The libero is always in the back row, anticipating hits and absorbing them as they come. She has to get control of the offense’s ball and pass it well, so her teammates can run their play successfully.

If these two positions sound very similar, that’s because they are. The libero is a relatively new position in volleyball- it’s a specialized version of the DS. The major difference is that the DS counts as a substitution and can play for any position. With only 12 substitutions allowed in a match, a DS will likely see less playing time than a libero, who does not count as a substitution.

Playing positions that no one else on the team plays, it’s obvious Plock and Smith are especially close.

“We have little inside jokes,” Plock comments, causing both players to look at each other knowingly and laugh.

On a more serious note, Plock and Smith feel they can relate to one another and respect each other as players.

“I would definitely say that Sarah is a player that I can always rely on,” Smith says. “When I look in the back row, I feel comfortable when I see her there. She’s a role model for me and the team, we all look up to her. She’s an all-around athlete, student, and a friend.”

“Ashley isn’t afraid to say what you need to improve on. She won’t be mean about it but she’ll be straight to the point,” Plock replies. “She’s always positive, always the loudest one on the court.”

Smith sees being loud as one of the biggest parts of her job as libero.

Being a transfer from Tipton, Smith felt the pressure to prove herself as a Little Hawk. Playing back row at Tipton, she understood that the libero is an emotional leader, and she recognized that she couldn’t let being the new girl stand in the way of being a good libero.

“It definitely was a lot of pressure, coming from a different school,” Smith says. “I didn’t want to disappoint anybody. [Libero] comes with lot of pressure anyways because you have to be the best you can be and if you’re having a bad day then it affects the whole team. You don’t get to have bad days, that’s just how it is.”

“Having bad days” is something that both Smith and Plock agree is off-limits in their positions. Not only does their playing have to be consistent, but they have to stay positive and keep up the team’s intensity.

“Whenever we have talks, we don’t talk about the negative,” Plock says. “When we go into the locker room it’s always like, ‘Alright, we got this.’ We stay positive because you don’t want to keep [the negative] in your head.”

“Volleyball is a game of mistakes,” Smith adds. “Someone has to make a bunch of mistakes for the other team to win, so it’s a lot of mental pressure to not break down. You just move on to the next point.”

Plock and Smith believe that the humongous turnout in the student section helped keep up their positive mentality against West.

“I honestly don’t think we could have won without the student section,” Plock says. “They all stayed and they were all so supportive. It just made us try even harder to win for our school.”

The team hopes for a strong student section again against tonight’s opponent, Dubuque Hempstead. The Mustangs have an obvious weapon: tall hitters. Plock recognizes that defense is going to play a big role in this match, but she believes their success so far will make the team more confident.

“We have to worry about our blocking and changing up our sets so we’re not predictable, and we have to keep up defense against their hits,” Plock says. “The fact that we beat West is the biggest motivation ever to beat [Hempstead]. If we lose, it’s on us because we can definitely beat them, there’s no doubt.”

Smith adds, “We’re not the tallest or the biggest, but skill-wise, we’re a strong offense. We’ll find holes and put it some place they won’t expect. It’s more of a mental game for us.” 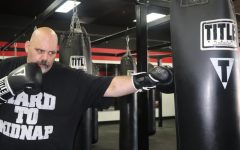 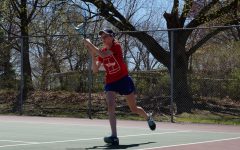 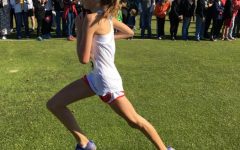 XC Season Comes to a Close 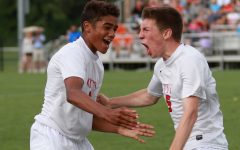 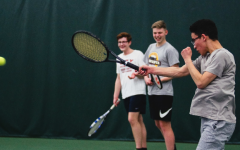