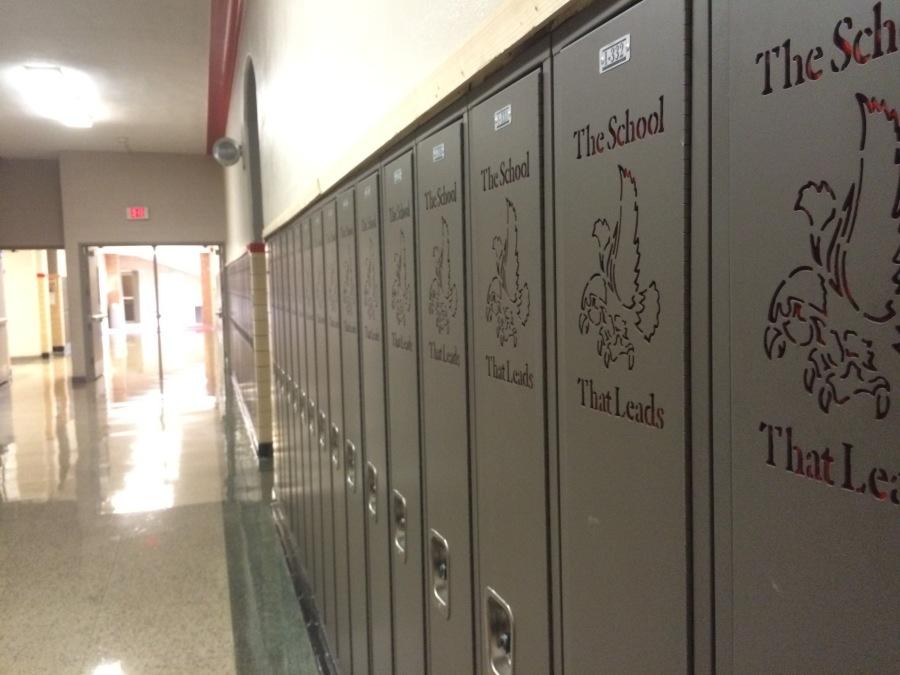 New lockers, chosen by Scott Jesperson, Assistant Principal, have been installed on the first floor

City High undergoes the construction of new lockers to areas of the first floor and the second and third floor over the next few years.

Over winter break this year, City High’s original lockers from 1937 were replaced. Vice Principal, Mr. Jespersen, is taking the lead on the new locker designs and installment.

“It was brought to my attention that we had a number of lockers that were no longer functioning at all and we can no longer order replacement parts,” Jespersen stated. “So, before the summer started, the district approached me and said ‘if you want, it’s your cycle. It’s your time to get new lockers,’ and so we jumped on that.”

Jespersen felt the pressure when he was chosen to take over the project.

“I was reminded on many occasions that whatever I picked would be the decision we went with for fifty years,” Jespersen said.

The cost was provided by the school board, coming out of a budget specifically set aside for improvements of facilities in the Iowa City Community School District.

“There’s a number of capital improvements that are going on throughout the district and other buildings, so when it came to ours, the new lockers were one of a number of things that is happening at City High,” Jespersen said. “We first put in a proposal to a couple different companies and the one that we went with was actually a little cheaper,” Jespersen explained.

The total cost of installation and the lockers themselves was $175,000. Putting each locker at about $350 including construction and labor.

Since the shape and layout of the old lockers were very unique, each one ranging in depth, Jespersen was left with an executive decision to make. He had to look at many different variables when making the decision.

“The old lockers had multiple size ranges of depth, and so it was a lot more cost efficient to just go one size.”

Some students have found the locker improvements to be very beneficial as a whole.

“The lockers were a smart purchase,” Addison Kosier ‘15 and Abe Eyman Casey ‘15 said. “We really needed new ones, and now the main foyer looks really nice.”

Others were a little on the fence about the decision.

“I don’t like how detailed they are and that seemed like a waste for every locker to say ‘The School that Leads’,” Lauren O’Brien ‘16 said.

The Little Hawk and motto, carefully cut by photo plasma, were donated by the construction company, adding no extra cost to the project.