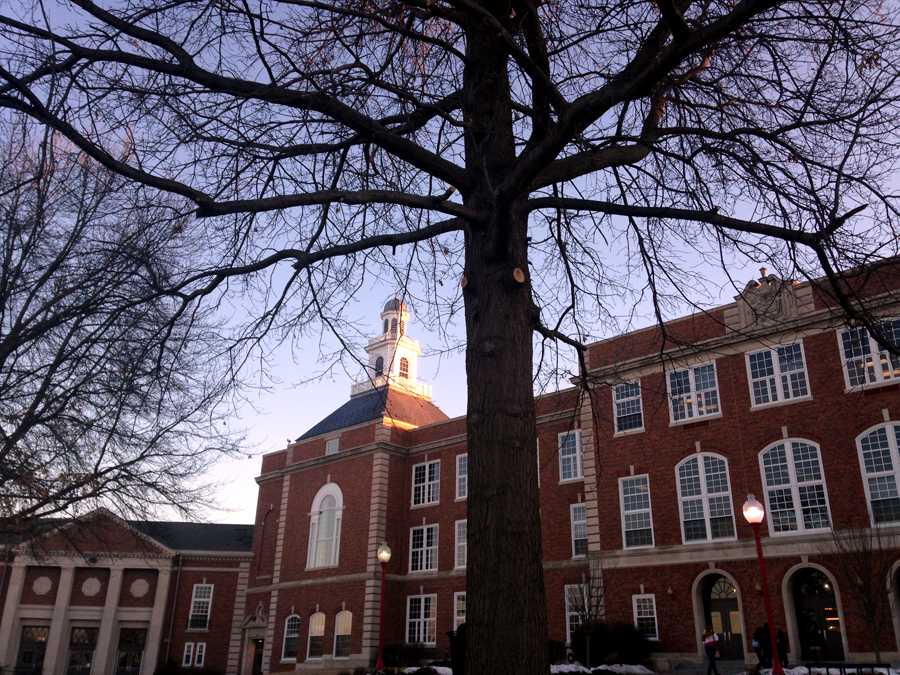 The Iowa Legislature must decide on a budget plan for K-12 funding in 2016-2017. New proposals could strain the District even more.

“There will be some difficult choices. We shouldn’t be in this position,” Bacon said. “We can do better than this.”

Iowa has slipped to 35 in the nation in public education funding per student, and is currently $1,612 below the national average.

The average amount of money spent on school funding between the states of Minnesota, Wisconsin, Illinois, Missouri, Nebraska and South Dakota is within 0.4 percent of the national average.

“We should be able to fund at similar levels as our neighbors,” President of the School Board, Chris Lynch, said.

Both City and West were each asked to cut 6.5 FTE (employee full-time equivalency) teaching positions. However City grew by nearly 100 students, and the student body continues to grow. This year the school will graduate 333 seniors, but will welcome an incoming freshman class of approximately 440 students this fall, resulting in a 110-student increase to the building.

The Republican proposal of 1.25 percent and 2.45 percent budget increases for 2016-2017 would not meet the needs of a growing high school.

“City High is in a position where we desperately need to grow our staffing next year,” Bacon said. “After taking a big cut last year and continuing to grow, I feel that we must be able to add sections back of the courses we offer in order to have acceptable class sizes next year.”

Freshman Rachel Strang experiences the result of a rolled-back budget on a daily basis.

“I think that large class sizes affect my quality of learning,” she said.“I feel like I can’t ask questions because there are so many people in the class.”

District inflation has been in the three to four percent range, which would maintain current standards. The Democratically proposed four percent increase would allow City to make progress on challenges, such as class size.

“There will be some difficult choices. We shouldn’t be in this position,” Bacon said. “We can do better than this.”

Although contingency plans are always in place, Bacon has no intention of having to implement them.

“It is my expectation that we will be funded at an acceptable level, so we can continue to offer the quality programming we expect in this community,” he said.

Bacon has emailed a letter to parents urging them to contact state legislatures, but believes the parental response to budget cuts has not been strong enough.

“The time is now for anyone interested in supporting public schools and maintaining our excellence in programming, to contact state legislatures and advocate for the senate’s plan of four percent,” he said. “We need to find a way to branch out and contact others in the state legislature and the governor’s office to tell them that we value public education in the state of Iowa, and that we want to get back to leading the way.”

A 1.25 percent budget increase would not even allow the district to function from year to year. Lynch and Bacon agree that a four percent increase would allow for a decrease in class sizes, and a restoration of course selection.

“It would be outstanding. It would be a huge step in the right direction. It would allow us to do what we so desperately need to do,” Bacon said. “We’re not shooting for the moon here-it’s not outrageous that four percent would be the decision.”

The District budget was designed around what was believed to be a conservative estimate of two percent allowable growth.

“To have the forecast be conceivably less than that is very concerning,” Bacon said. “I realize that resources are scarce and decisions are hard, but I worry sometimes we play politics a little bit with these decisions. There’s too much at stake here,” he said. “We must continue to live up to the great tradition of investing in public education in the state of Iowa.”