Ruby Duncan traveled to Florida this winter for the Winter Equestrian Festival. 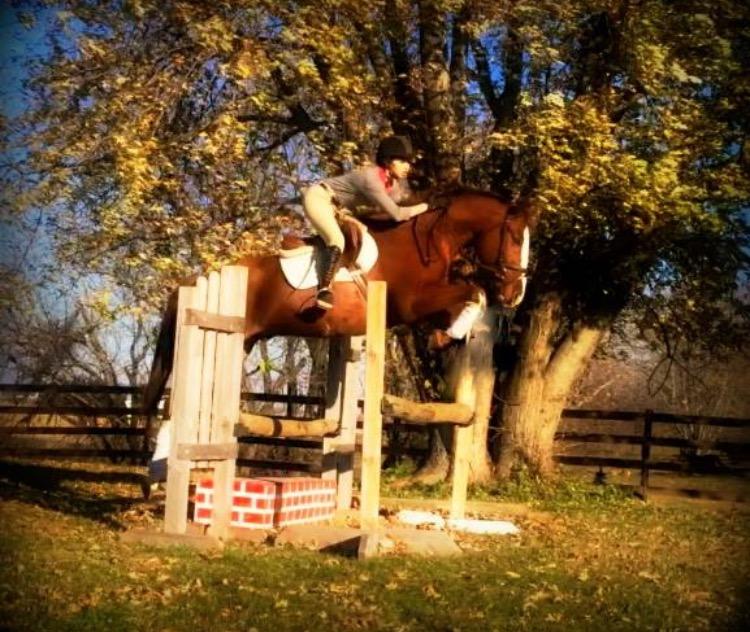 Ruby and her horse, Ro, train jumping over hurdles.

For most of us this past winter was brutally cold, however, for one student it was quite the opposite. Ruby Duncan spent this past winter in the warmth of Florida horseback riding. She trained every day and spent most of her time at the Winter Equestrian Festival, watching olympic athletes compete.

Ruby got serious about horseback riding two years ago and it has been her passion ever since. Each day after 4th period, she hops in her car and drives out to the barn, where she spends her day training and riding horses.

“I just got a new trainer two years ago and since then horseback riding has become a lot more serious,” Ruby said. “My trainer is super good at what she does. She’s  tough and she makes me work really hard, but it’s all to make me stronger.”

Alongside a new coach, Ruby just bought a 7 year old horse named Ro. Last year, Ruby competed in pony qualifying events where she placed very well and got to continue moving on to harder stages, until she had to return to school. This summer she hopes to compete in some horse qualifying events.

“Since now I have a new coach and horse and I’m a lot more serious about riding, I’d definitely love to go to some qualifying events,” Ruby said. “Before I go I need to train my horse more and work on my weaknesses, like opening my hands, which is bad because if the horse pulls you too much you can break your fingers, and then I think I’ll be ready.”

No matter where I end up for college, I want to continue horseback riding.”

Ruby participates in 3 different types of horseback riding, but enjoys one the most. There’s dressage, which is a way to get the horses warmed up by moving them around in a pattern throughout a ring while showing them off to the judges. There’s hunter riding which is where the horses are judged on how well they look moving through a pattern involving turns, jumps, and other maneuvers. Then there’s Ruby’s favorite: show jumping, where the horse is given a track involving a series of obstacles that they must jump over.

“Dressage is the staple of what I do. It’s slow and boring, and it’s kind of like ballet for horses,” Ruby said. ”Hunter riding is a bit more interesting, but show jumping is my favorite. It’s challenging and it’s fast and I love it. The highest I’ve jumped is 4 foot, which is pretty high considering rider at the Grand Prix (Olympic) level jump around 5 foot.”

Ruby has been to many showing events all around the United States and won many blue ribbons, but there is a behind the scenes to what goes on at these events.

“Competitions and shows are a lot of work. You’re gaining experience and competing against other good riders which is good for you,” Ruby said. “But my favorite part is just to train the horse. Shows are more stressful and when I’m just riding out at the barn coach I’m more free.”

Not only are competitions stressful, Ruby also describes how mentally demanding they can be.

“I’m extremely focused while I’m riding, and even more at competitions. I’m basically thinking for me and my horse because if he gets frightened by the crowd or a sudden noise or anything he isn’t expecting, he could freak out and I have to control that.”

Ruby plans to continue working with horses and training them even after high school.

“No matter where I end up for college, I want to continue horseback riding,” Ruby said. “I’ve done it forever and it’s something I definitely want to keep doing through college, if not longer.”