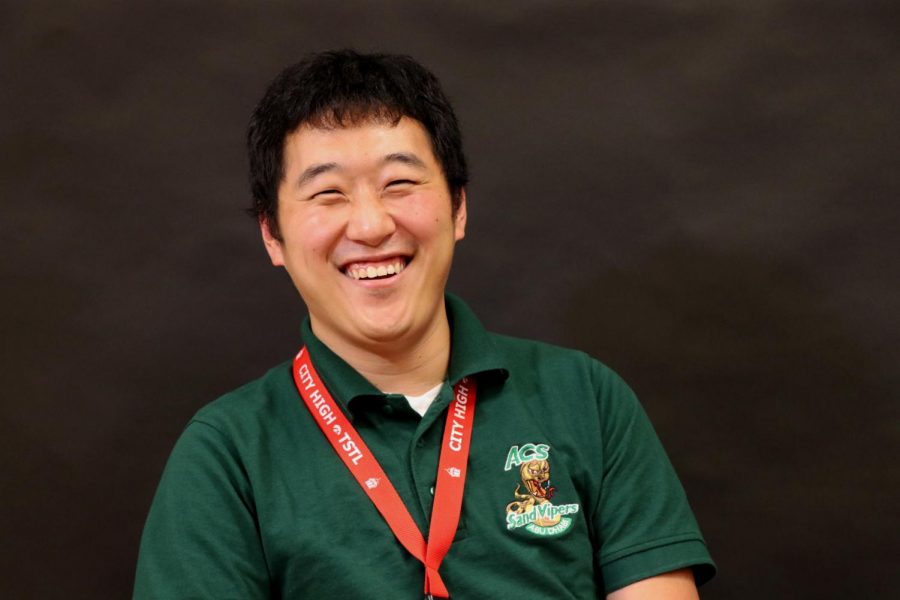 Mr. Tyler Hagy originally planned to be a history teacher, but his plans changed and he became City’s new choir teacher this year.

With four degrees in choral conducting, teaching, and dance performance from Luthor College, the University of Cambridge, and the University of Cincinnati, he has studied for years to be able to push our choir to new heights. He teaches City High’s Concert Choir, 11-12 Mixed Concert, and the Treble Choir.

As a child, he wanted to be a banker and then later become a teacher.

”Becoming a teacher was the end goal, but I wouldn’t have to worry about the money of a teacher,” Hagy said.

It all started when he went to orientation day at Luther. Ever since then, Mr. Hagy has had a job in the arts one way or the other. For the past seven years he has worked at a summer music camp. Coming to work at City was an easy decision for Mr. Hagy.

“I knew of the reputation,” Hagy said. “Knowing about Dr. Grove and the strong tradition of music at City High, it was a no-brainer.”

“He is very knowledgeable and advanced in his techniques, both his teaching techniques and conducting techniques,” said Dr. Grove. “I think he’s going to be a great fit for the program.”

Teaching anything to a bunch of wild high schoolers is not an easy task, and usually the arts requires advanced skills. But Mr. Hagy said singing is different.

“You don’t need any formal training to sing,” Hagy said. “Anyone can do it.”

Everyone has pet peeves, some people’s pet peeves are slow walkers, the word “moist,” and clicking pens. Mr. Hagy is no different.

While other people have favorite songs that are pop songs or maybe classic rock, Mr. Hagy does not have a favorite song but a favorite composer: Ralph Vaughan Williams, an English composer from the 1900s.

Mr. Hagy has already started to work with other teachers in the music department.

“We bounce ideas off each other almost every day,” said Dr. Grove.

When asked about his hopes, Mr. Hagy responded with several ideas.

“[I hope to] break down the barriers between people and experience emotion in a safe place,” Hagy said. “Music can connect people of all different backgrounds and cultures, belief systems.”