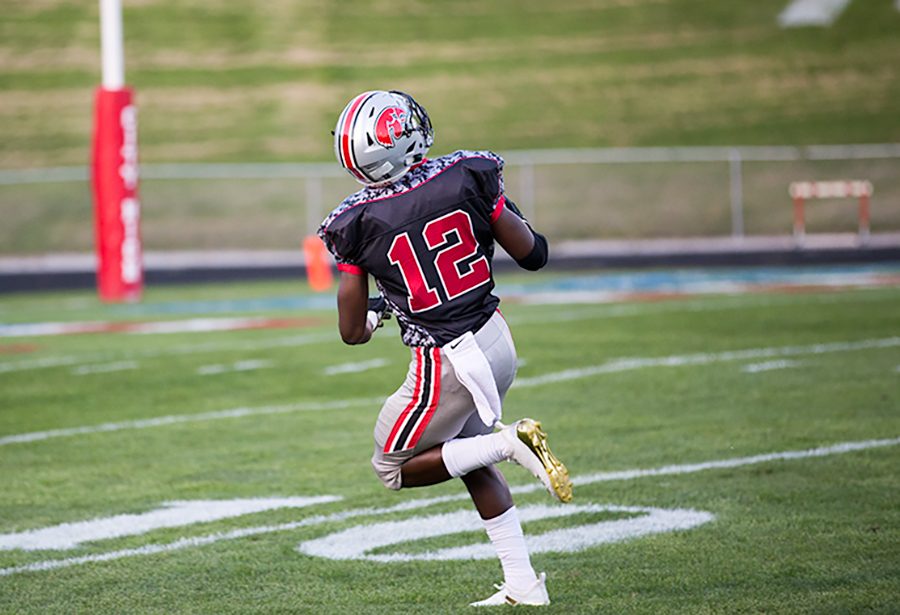 Malik Kimber ’19 warms up for the big game.

Speaking of highlight reels, receiver Malik Kimber is collecting some tape of his own. Kimber had a 91 yard touchdown run out of the Wildcat in week one and two long bomb catches against Hempstead. He had 110 receiving yards in that game and has developed into a key piece of City’s offense both at receiver and as the Wildcat QB. Jacob Murry agrees.

“Malik brings another level of explosiveness and firepower to the offense,” said Murry.

Other Little Hawk receivers include Riley Moore ‘19 and Jacob Means ‘21. Both play on both sides of the ball and provide solid alternatives to Kimber. Hamilton specifically points out Means as a player to watch moving forward.

“Means started the season on (the sophomore team) and then got moved up to varsity and had a week to learn all the plays,” said Hamilton. “He’s done a great job for us being a consistent and reliable target and I think he’s someone who could be a big playmaker as the season goes on.”

Another target to watch is Liam McComas, who started the season at left tackle and moved to tight end in week four. He picked up a critical first down on City’s final scoring drive and adds another weapon moving forward.