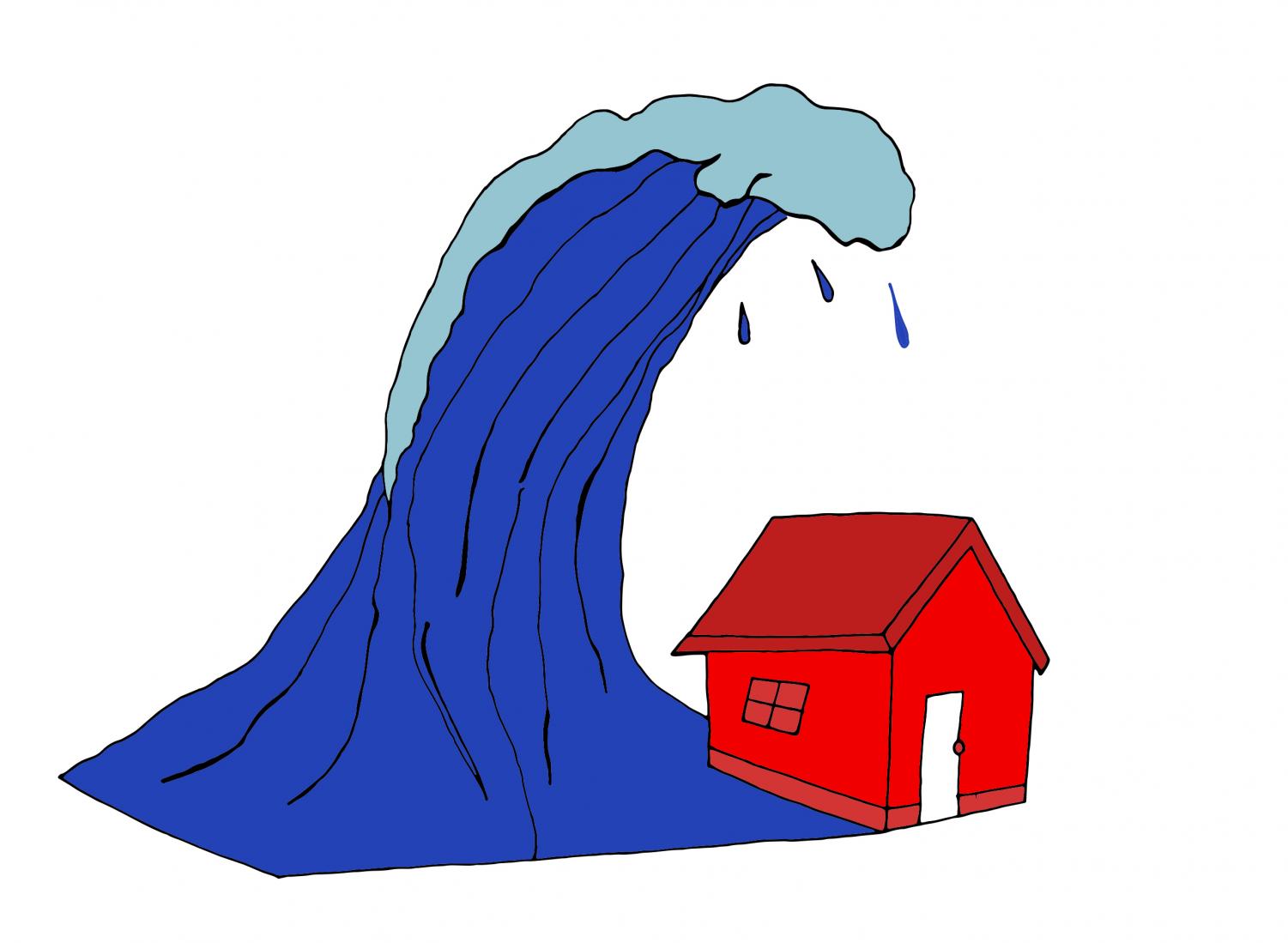 Conservative students can feel overwhelmed by the liberal tendencies of City High.

Our community’s liberal tendencies can overwhelm conservatives, including students, and polarization doesn’t stop at the city limits

City High rumor has it that a few years ago, a Young Republicans club failed after only one student showed up to the first meeting. While this story may well be apocryphal, sometimes it does, indeed, seem as though City High has a smaller conservative sect than it has any other group of people.

“Iowa City is a major Democratic city,” Jaimie Dykes ‘19, who identifies as a conservative, said. “I find [it] at times hard because the vast majority of my peers and even my teachers are all telling me I have to think one way, otherwise I’m some terrible person, which I’m not.”

Talk of political polarization is nothing new in this day and age. A study done by Ron Johnston, David Manley, and Kelvyn Jones in “Annals of American Association of Geographers” shows that between 1992 and 2012, polarization between Republicans and Democrats increased by 29 percent across census regions and 12 percent across states. Political polarization has increased within states as well. In-state polarization increased significantly in 58 percent of states over this same period. The current presidency is not the cause of this ever-increasing divide between Americans, for it is a process that started decades ago.

But now, what was initially a recognized but relatively inconsequential problem has become a nationwide concern. Political polarization and incivility in discourse are on the tip of everyone’s tongue when it comes to problems in today’s society. “Working across the aisle” and “bipartisanship” are common assets for candidates to claim in the midterm elections, as close to home as parts of Johnson County: the Iowa City Press-Citizen recently quoted state House candidate Jodi Clemens, whose constituency if elected would include a portion of Johnson as well as Cedar County, as saying that our society has “to let people in…[w]e may disagree on this other issue, but if we work together on that one, we can find some common ground.”

Despite this push across the aisle, many Americans have perceived recent congressional proceedings, like Justice Brett Kavanaugh’s confirmation hearings, as extremely partisan. “What we witnessed yesterday from the Republican Judiciary Committee members was a degree of invective, blind rage and brute partisanship that threatens not only the Senate and the Supreme Court — it threatens the basic faith in fairness and justice that binds this country together,” former Vice President Joe Biden wrote in a statement concerning the hearings. Kavanaugh himself cited “pent-up anger about President Drumpf” as a motivation for Democrats to oppose his confirmation.

But the recent uber-partisan behavior of Congress and the increasing distaste average Americans have for ideologies different from their own would not easily be seen by voter registration statistics. “In 1976 more than 70 percent of the counties in partisan registration states had 10 percent or fewer independents. By 2004 the situation had reversed: more than 70 percent of the counties had 10 percent or more independent registrants,” found a study by the Hoover Institution. In that same time frame, registrants of independents increased by 6 percent nation-wide. This leads us to conclude that these divides are a change in the culture of the United States. What can’t be seen on paper can be seen, heard, and felt through the daily life of living in this country.

“I feel like I am in the minority of people at City who have moderate conservative views. It feels hard to talk to some people with other views because I feel like they just try to keep talking over me while just trying to have a conversation about politics,” Mark McLaughlin ‘20 said. “I also feel like I am judged really hard by liberal people at City about my views.”

What can’t be seen on paper can be seen, heard, and felt through the daily experience of living in this country.”

The animosity between differing sides of the political spectrum can also be increasingly perpetuated by relationships with the news media. Liberals and conservatives can essentially experience entirely different facts and angles on stories, move through news sources without brushing elbows: one follows the New York Times and CNN, the other Fox News. One well-known Wall Street Journal exercise created two side-by-side Facebook news feeds: one liberal and one conservative. The two often presented radically different interpretations and picked and chose separate events to present to their user. “The Internet was expected to be an open, democratic source of information,” NPR’s Weekend Edition wrote in 2016. “But algorithms, like the kind used by Facebook, instead often steer us toward articles that reflect our own ideological preferences.” Even The Little Hawk has had trouble recruiting and retaining staffers with diverse political opinions.

“The Little Hawk newspaper, a majority of the time, has a liberal bias,” McLaughlin said. “Even if they try not to have a bias it still comes through.”

This constant flow of news and information that match what we already believe to be true creates an environment that can isolate those who do not share the majority opinion and make coworkers, neighbors, and peers feel at odds with one another when, McLaughlin said, they should be working together.

“We are all Americans and should be proud of this nation [where] we are allowed to disagree and have different ideas,” McLaughlin said. “We should all agree to disagree in a civil way and listen to each other and come to neutral ground.”

Although crossing the barrier between ideological groups can seem too intimidating, it is crucial in today’s political climate to escape the echo chambers that many of us inhabit. We cannot create a culture of fear for anyone, and that includes those with political views different from our own. Freedom of speech should mean not dominance, not majority rule at the expense of the minority. Freedom of speech should mean that no one is afraid.