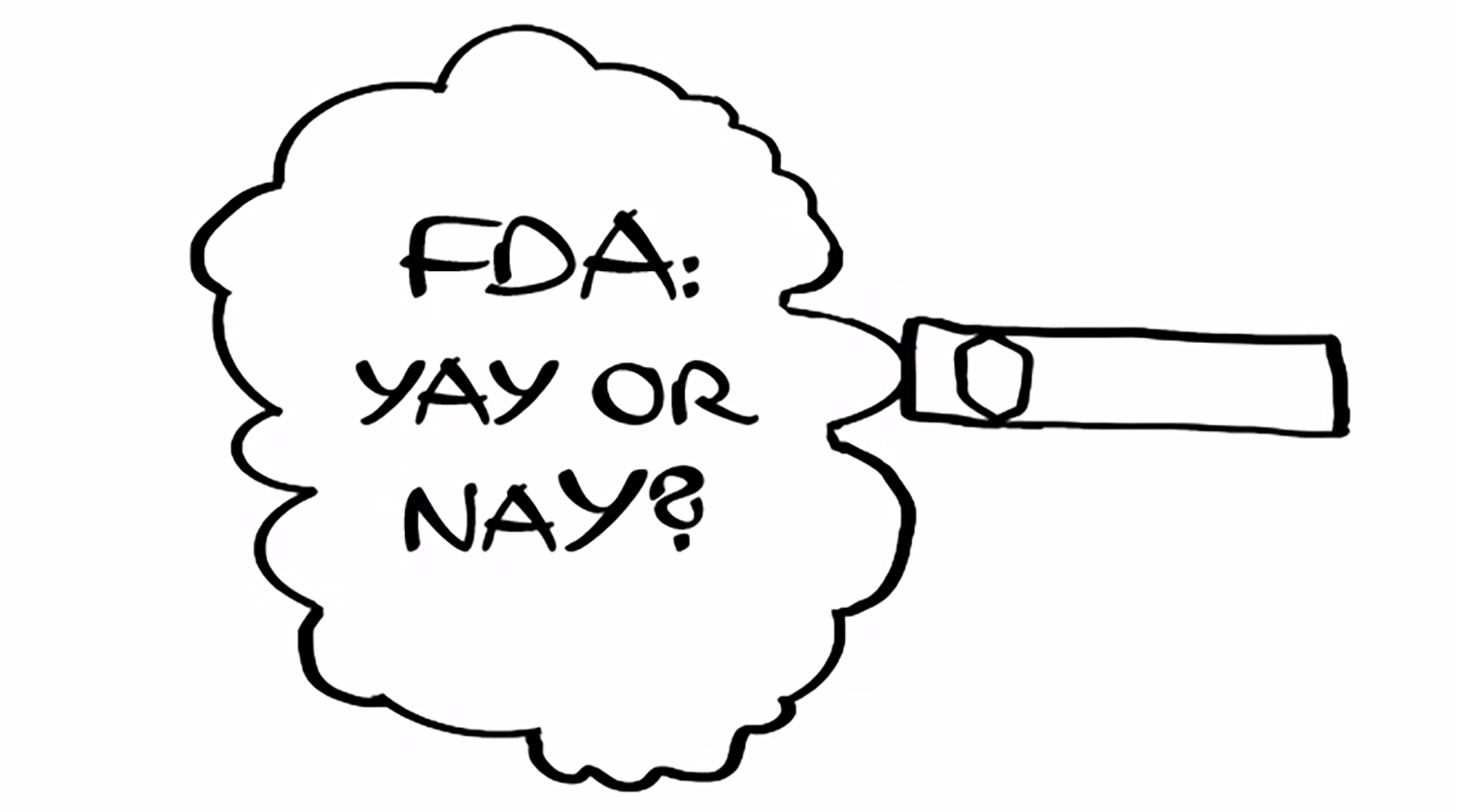 On November 15, 2018, the Food and Drug Administration (FDA) announced that it would be banning the sale of sweet vape flavors at locations where minors are freely able to shop. The reported purpose behind this decision was to decrease the number of teenagers who would be drawn to these products due to their wide array of flavors and the rising popularity of vaping and JUULing in recent years. With 3.6 million, or twelve percent of middle school and high school students have used e-cigarettes, which includes JUULs and other types of vapes, this has truly become a very serious issue confronting the youth of today. This means that over one in ten students use these products all over the nation, in and out of school, including here at City High.

However, in reality, this restriction would do little to nothing to actually reduce the amount of use these products would have. The ban only extends to certain flavors being available at certain places, it doesn’t ban the sweet flavors everywhere, nor are minors completely restricted from obtaining these products, rendering the restriction toothless. Especially since the devices require someone who is 18 years old or older to buy them, it means that if a minor has access to what they are able to vape with, then they also have access to these restricted flavors. Yet another facet of this proposal that shows it wouldn’t be able to accomplish its goals while simultaneously opening the door for a myriad of negative effects.

In fact, these bans would do far more harm than good in the grand scheme of things. Though lots of teens have been drawn to JUUL and vaping products like it, that is little when compared to the number of people who use these products for their intended purposes. Vaping is meant to be an alternative to cigarettes for people who are addicted or dependent on nicotine but want to either do less harm to their lungs or use vaping as a first step in eventually quitting their use of nicotine products altogether. With this potential good, it would be extremely harmful to over-legislate JUUL and products like it. If such steps were taken too far, then it could very easily undo the good that these alternative nicotine products have done.

This is not to say, though, that the companies have been purely altruistic in their actions. Seeing that young people, whether teens or simply young adults, were drawn to their products, companies such as JUUL heavily advertised their products with young models who presented JUUL as “cool” and “part of a certain lifestyle” in order to draw in a younger customers, which is definitely not in line with the goal of breaking nicotine addiction or helping addicts not damage themselves as much physically. Another tick against them is the high amount of nicotine in JUUL and similar products. Currently, a JUUL pod is about 5 percent nicotine, which is about as much as a pack of cigarettes, which is as well actively detrimental to addicts.

It as well cannot be understated that JUULs, though not as harmful as cigarettes, can still be extremely harmful, especially for minors. As stated before, currently a JUUL pod has 5 percent nicotine, and even if they go through with reducing it to three percent, it still has a major risk of causing minors to become dependent or addicted to these products, all without the physical pain or social stigma that exist with cigarettes. It is important to always remember that JUULs are not healthy for you, they are just less harmful than cigarettes, and thus should be avoided.

But these unfortunate factors must not distract from the profound good that JUUL has done and the potential good it could do. The National Academies of Sciences, Engineering, and Medicine reported that e-cigarettes can reduce someone’s likelihood to smoke and other studies have found that they are more helpful than e-cigarettes without nicotine. And though these studies are admitted to not be absolute truths and the topic to need far more research, the early indications look promising for JUUL as a way to quit smoking.

Too harsh of regulations would restrict the ability of people to use JUUL and other similar products as a healthier alternative for their nicotine needs. But refusing to over-restrict and restrict in ways that don’t actually help the problems facing teens, like the current FDA proposal, then the lives of smokers could be helped by embracing a somewhat healthier, though by no means perfect, alternative, while allowing room for true strides to be taken in the field of reducing teen use of nicotine, instead of regulations which will do little to stop them.

Vaping, and most notably JUULing, has become an epidemic among the young people of the United States. The CDC has reported that vaping by high schoolers has risen by 78 percent in the last year, along with a 48 percent increase in junior high students.

One problem with JUULing is that scientists and doctors don’t know a lot about their long-term effects because it is a very new trend. Scientists didn’t discover the negative effects of smoking cigarettes until the 1950s when multiple cases of the once-rare lung cancer started appearing in patients more frequently. The oldest cigarette company in the US, Lorillard, was founded in 1760. During the 190 years between 1760 and 1950, scientists did not know about the negative effects of smoking. Who knows how long it will take for us to find all of the diseases and effects caused by vaping? Granted, this generation has much more advanced technology than it did before the 1950s, but it could still take many years before the dangers of vaping are fully discovered. Although the research on the health effects of vaping are limited to the handful of years vapes have been popular, the Penn State Health Milton S. Hershey Medical Center has already seen some side effects including, increased heart rate and blood pressure, lung disease, chronic bronchitis, and insulin resistance, which can lead to type 2 diabetes. The American Cancer Society has also found evidence that nicotine harms the brain development of teens.

Another risk associated with JUULing is that it is highly addictive. According to the National Center for Health Research, a JUUL pods solution contains 5 percent nicotine, the same percent in a pack of cigarettes, while other devices use around 2.4 percent. Because vaping has shown to be a possible gateway to smoking cigarettes for teens, and both have proven to be addictive, experts are concerned that the increasing popularity of vaping could reverse the longstanding US decline in smoking cigarettes. In fact, the American Cancer Society has already reported that teens who vape are also more likely to use regular cigarettes or other tobacco products.

In addition, JUUL pods contain nicotine salts as opposed to the much more commonly used chemically-altered nicotine base. Nicotine salts are absorbed by your body more quickly than the nicotine base used by other vape products, making the effects both come and go much faster. This means that the person vaping will have the desire to vape more and more often, further ensuring that they become addicted.

Another contributing factor that gets teens hooked on JUULing are the pod flavors. Pods include flavors like fruit, creme, and cucumber. This is the main reason for the FDA’s ban on flavored JUUL pods. Teens are more drawn to appealing flavors like fruit and creme, as opposed to tobacco flavors. The FDA is banning these teen-friendly flavors (leaving flavors like tobacco, menthol, and mint exempt for adults who use it to curb their cigarette addiction) in many retail locations and manufacturers’ online stores that are accessible to minors in order to reduce teen vaping. Additional age-verification requirements within online stores are also planned to reduce this epidemic.

It has been found that the more teens like a flavor, the more they will vape it. For adults, this has not been proven to be true, thus making these restrictions more likely to impact the teens’ usage of these products, while leaving adults who use it to get off of cigarette addiction mostly unaffected.

All of this follows an action by the FDA in September of this year, in which they issued more than 1,300 warning letters and fines to retailers who illegally sold e-cigarette products to minors, the majority of which were to blu, JUUL, Logic, MarkTen XL, and Vuse.

The FDA is doing the right thing in trying to minimize the issue of teen vaping. If they recognized the epidemic and did not take action to try and decrease it, we would have to ask ourselves if the FDA is worthy of our trust in protecting our health and the health of our fellow Americans.