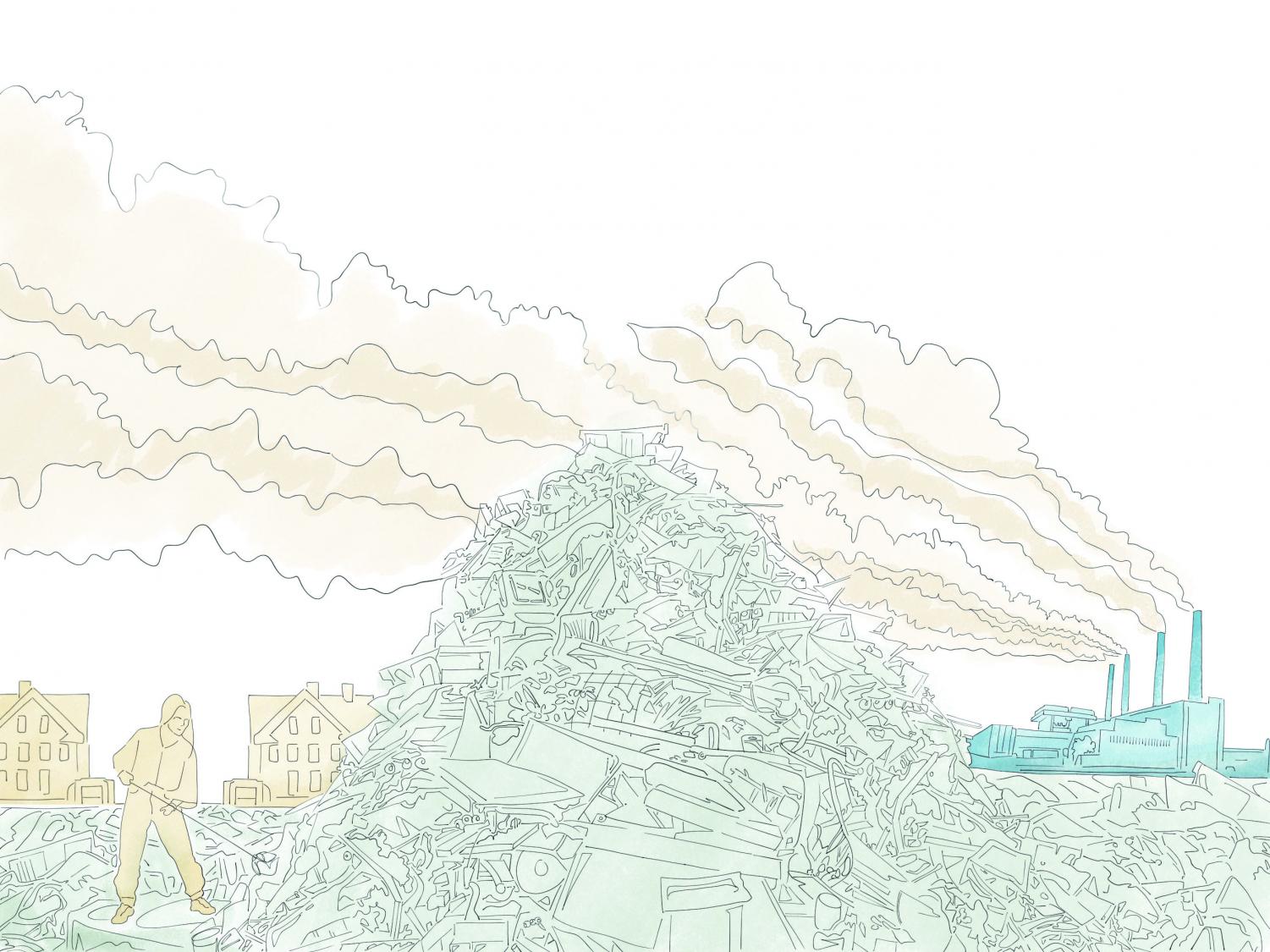 Head to Head: Who Bears the Burden of Climate Change

The Burden is Shared by the Government and the People

For one to criticize the lack of climate from their government, but then to directly take actions that hurt the environment is inherently hypocritical. We urge governments to condemn the burning of the Amazon rainforest and stop agricultural corporations from cutting down forests to make room for cattle ranching. However, if we continue to eat the beef produced by such cattle ranches, are we any better?

The responsibility to fight to end climate change does not lie solely on consumers and individuals, nor does it lie solely on the government. The fight against climate change has become increasingly relevant, and actions to stop it have increased greatly. The number of societal changes we’re making in order to adapt to our dying world is increasing. There are now more vegetarians, vegans, metal straws, recycled materials, vegan burgers, and other changes in our society that make it easier to adapt to a waste- and carbon-free lifestyle. It is undeniable that our society has significantly changed and put a newfound emphasis on the environment within just the last decade. It is true, however, that the government is partially responsible for aiding the battle against climate change. Without proper policy and regulation in place, corporations can continue to profit off of the cheapest and most environmentally harmful products. Factories pump out carbon emissions and plastic continues to be used in everything. But without individual change within our society, the government will not be able to change.

It is necessary that both governments and individuals team up in order to solve this global issue. It must be something the entire world is ready to tackle.

It is true that corporations are responsible for much of climate change. However, corporations produce because we consume. As long as we buy into capitalistic and harmful companies, they will continue to act in such a way. We can not demand change from those in power without changing ourselves. Why would large companies change if there is no pressure from the people? If all corporations want is money, then wouldn’t they listen to where the demand is? Individual actions act as pressure towards those companies. If we don’t take action ourselves, we are hypocrites for demanding change. Of course, people who don’t have the resources to make these changes are exempted. Furthermore, the changes do not have to be big or costly. Simply saying no to plastic bags at the grocery store can make an impact. Not everyone has the privilege to change their lifestyle, but those who have the privilege should. They carry a responsibility to this planet. While there also must be pressure from the government, the government will not do anything without pressure from the people.

It is not only about pressure because it is not only about large companies. Yes, corporations are responsible for much of climate change; however, each individual action has its own impact. While it may be viewed as cliche, it is true that every small action counts. One straw can kill one marine animal. One plastic bag can choke one bird. Regardless of how small the effect is, everything we humans do has one. It is our responsibility to reduce that as much as possible, no matter how small. To quantify the harm done to our planet takes away the meaning. Every plant and animal, the sea and the sky, the mountains and rivers—it all matters.

Until corporations stop pumping carbon into the atmosphere and producing wasteful products, nothing will change. Nevertheless, as long as the individual consumer continues to purchase the products, corporations will continue to produce them. There must be pressure from individuals. Once there is less of a demand for environmentally-harmful products, the supply will lessen, and vice versa with environmentally-friendly products. There must be an entire societal upheaval if we want to fully combat climate change. And no societal change has ever happened without the power of the people.

The Burden is Only on the Government

100 companies are responsible for 71 percent of carbon emissions. This fact is commonly lost in discussions of climate change and how much of an individual responsibility everyone has to reduce their own carbon footprint. But at the end of the day with corporations doing so much of the harm to the planet, is a plastic straw or eating meat going to be the straw that breaks the back of the planet?

This is not to say that going vegetarian or using reusable straws is bad or useless. Reducing one’s own impact on the environment is a good thing, but that individual action isn’t going to have that much of an effect, even if many were to do it, compared to the vast damage corporations are doing to America for money.

This is why focusing on structural change without being preoccupied by individual choices is the most effective path to solving the climate crisis. Oil companies are the ones killing the planet, not everyone who drives a car to school. Shifting blame onto individuals that belongs squarely on the backs of corporations is counterproductive and allows those very corporations to scapegoat individuals and scold them for their individual actions while polluting the Earth for profit. The focus on individual action instead of fundamental change serves to help only the rich and powerful who want to delay the day that they have to stop killing the planet for money.

A common response to this is that individuals buying those products incentivizes companies to keep producing these harmful products, which creates a cycle that hurts the planet, so some of the responsibility falls at the feet of the consumer. But this fails to account for the fact that many people don’t have the choice but to consume how they do. 78 percent of Americans are living paycheck-to-paycheck and 71 percent have debt. These people simply don’t have the funds available to be able to drastically change their lifestyle for the environment. Even if you only ask only those who are privileged enough to make these lifestyle changes, what’s the point of diverting attention away from the most important issue of institutional change for such a relatively small number who are able to do these lifestyle changes? Focusing on what individual actions people with the ability to take, can take,  centers those with privilege at the crux of that conversation, when those that should stay there are the marginalized people who suffer most due to climate change and the corporations that are killing the planet.

This doesn’t even take into account emissions that individuals have no control over. In 2017, the United States military emitted 59 million metric tons of carbon dioxide, as much as the entire country of Portugal. Individual action isn’t going to solve that. Only by focusing on changing these harmful institutions without being distracted by relatively insignificant individual actions will meaningful change to help the climate crisis even be possible. That’s why when discussing solutions to climate change, talking about individual responsibility isn’t particularly helpful, because conceptually there are so many dangers greater than those posed by individual action and in practice the number who can live more sustainably is relatively low, so focusing on individuals so intently is just not useful.