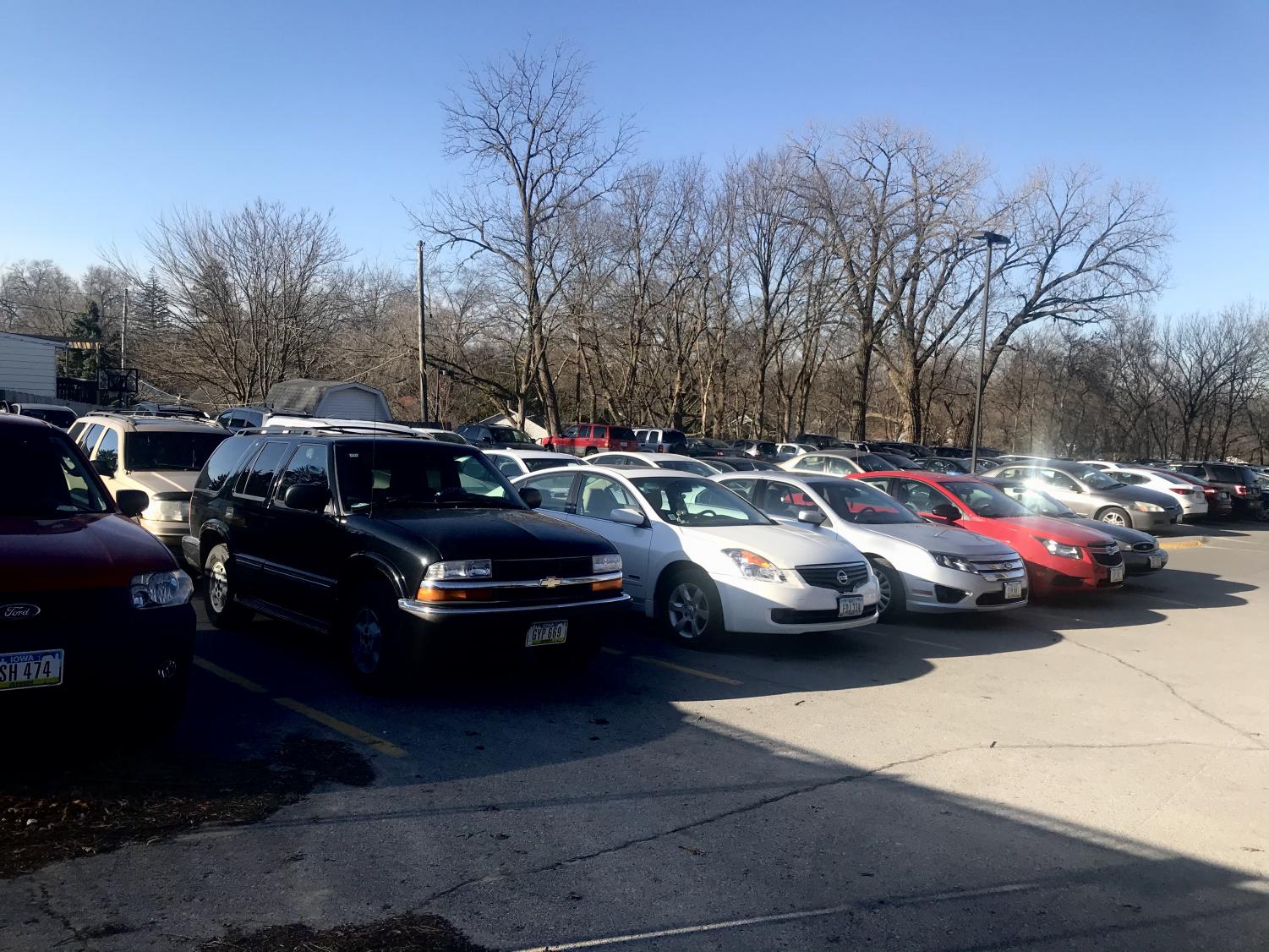 The upper lot is packed as seniors result to parking on curbs and on the grass. (Adalie Burton)

The upper lot is packed as seniors result to parking on curbs and on the grass.

The race to get a parking spot, on- or off-campus, is alive and well every morning as students rush to get to school early. Students hope to be early enough to occupy their favorite space before they have to park blocks away and walk from their car to get to class.

Due to this struggle, administration has implemented a plan for the upper lot. Seniors were to buy a $20 sticker they could use to secure a parking spot in the upper lot without being ticketed or towed. A petition was signed by several seniors to prevent this change, but after a meeting with assistant principal Scott Jespersen, the plan went into place.

Now, seniors who have purchased stickers have found themselves unable to use the parking spot they bought because sophomores, juniors, and other seniors are already occupying them.

“You have [about] 400 spots that are necessary on a daily basis, and only 131 available in the upper lots,” Jespersen said.

Upon buying stickers, seniors were promised a spot in the upper lot, but were not assigned specific spaces. This has meant that there is no way of guaranteeing that those who own stickers are able to park in the upper lot at all.

Many schools have implemented systems in which seniors can buy parking spaces, which they then get to decorate and claim as their own for the year. This system ensures that a spot can only be occupied by its rightful owner. This method was the original plan, but district approval fell through, as there were too many complications.

“We ran into some barriers, [including] the type of paint we could use [that] wouldn’t become slippery,” Jespersen said.

In the absence of this kind of system, problems have arisen. Without specific spaces attributed to specific students, many seniors have found themselves unable to park in the upper lot, despite having a sticker on their car.

When they cannot park there, seniors have resorted to parking in places that don’t act as actual parking spots, but don’t hinder others from getting through the parking lot in cars or on foot.

“I paid my $20 over a month ago, and nothing’s been done to deal with [people parking in the upper lot without stickers],” Roggeveen said.