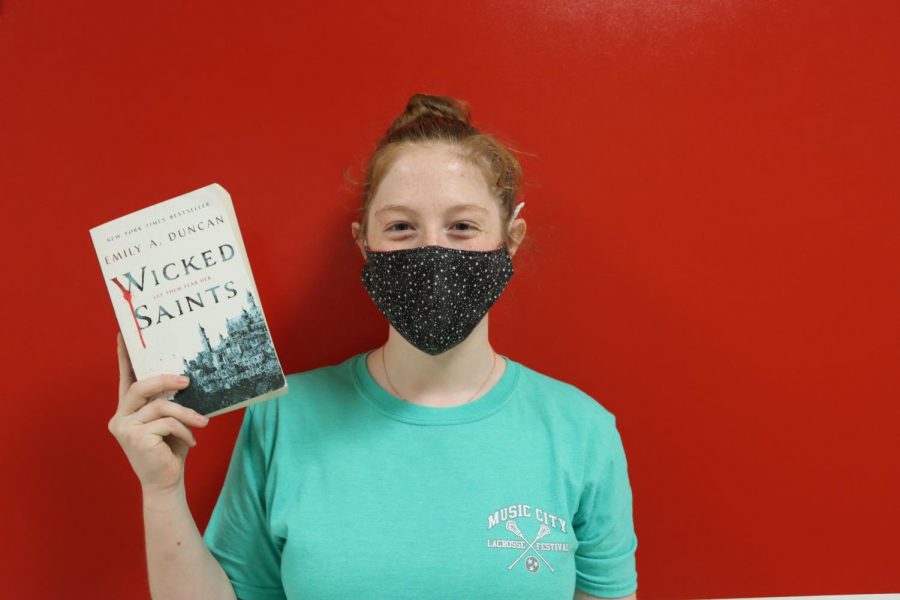 Only ‘The Wicked Saints’ can Survive Ice and War

You could be exactly what these countries need to stop their fighting. Or you could rip them apart at the seams.”

Three paths must cross to complete their common goal. But will they be able to set aside their fundamental differences and hatred for each other’s people to work together and do the impossible? The girl, who speaks to gods and has always done her duty, the prince, who is in constant danger of his own father, and the boy, who has a dangerous monstrous secret that he desperately tries to hide but might end up killing them all, must come together to assassinate the king and stop the centuries-long war that would end both sides.

The world is filled with political and religious turmoil. Both sides believe that the others are heretics: The Kalyazin, a society with gods and clerics with god-given magic, and Tranavia, a society that cast aside the Kalyazin gods and found their own source of magic that can only be accessed through sacrifice and blood.

This book takes your heart and pulls it in all directions in the most brutal and heartbreaking ways possible. Duncan makes you love the characters for their broken lives and want the king dead with as much ferocity as the characters do. It is not just a story about learning to trust the enemy and understanding that yours is not the only side. The overall atmosphere of cold and darkness puts the importance of their mission to the front line of importance. You can see and feel the cold in your bones and ice cutting your face. And because of this atmosphere, you hold the small moments of warmth between the characters even closer to your heart. You hope that there will be light at the end of the tunnel and that each would get a happy ending, but you also can’t let go of the cold that whispers of despair and heartbreak. However, it’s not the kind of heartbreak you might think. It’s not heartbreaking because two people love each other instantly and are separated, or because a bond is broken and can never be healed. It’s not heartbreaking because a beloved character dies and is lost to readers forever. It’s heartbreaking because loving each other would mean the end of both of their people and maybe even their own demise.

Readers would also enjoy Serpent & Dove by Shelby Mahurin and Kingdom of the Wicked by Kerri Maniscalco.