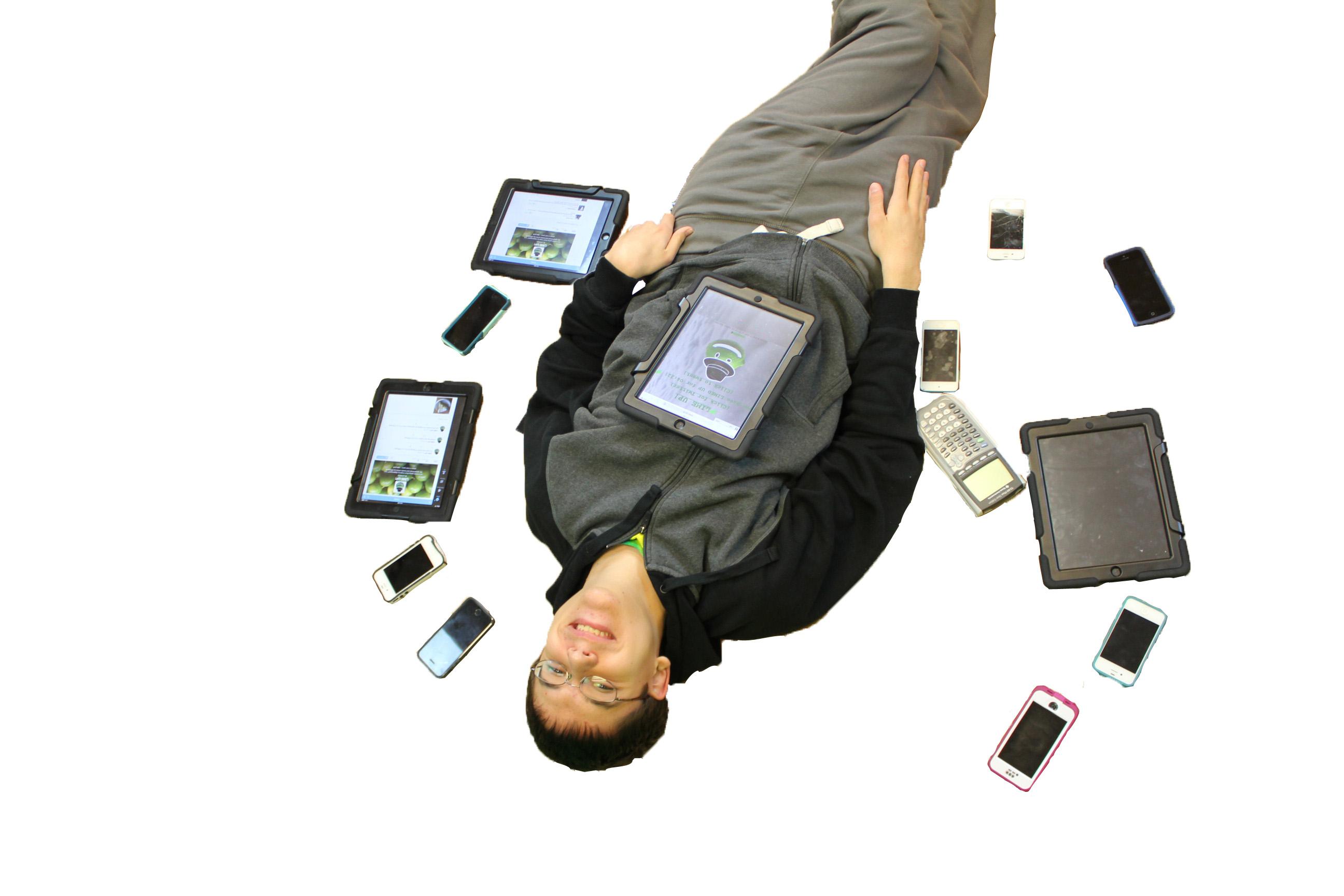 One of City High’s very own shares his fascination with technology.

He is known as the tech guru of City High. He has created websites, phone apps, and shortcuts for all kinds of gadgets. With the growing importance of technology in our everyday lives, a new generation of “techies” is forming. Ethan Nelson-Moore ‘16 epitomizes this trend as the most tech-savvy student at City High.

“Technology is just something I’ve always found really cool,” Nelson-Moore said. “There’s an elegant way about how you can make a collection of tiny electrical things — microscopic things — do exactly what you tell it to.”

His fascination with technology instilled a desire to learn how to make computers perform certain tasks — in other words, how to program.

Over the past three years, Nelson-Moore has gained a reputation as “the kid who can fix anything,” from SMART Board glitches in class to developing apps for teachers.

“People and even teachers ask me to fix things, but it’s kinda weird that I’m known as more of a tech guru than the actual tech people,” he said.

In addition to assisting others, he also works on personal projects for fun. He is most well-known for his website, Lime-Up.

Imagine Nyan Cat, but with a lime. It’s a lime flying upward infinitely in the sky, singing,” he said. “It is also wearing a fedora and has eyes, and it has timer that tells you how long you’ve been on the website.”

Imagine Nyan Cat, but with a lime. It’s a lime flying upward infinitely in the sky, singing”

— Ethan Nelson-Moore on 'Lime Up'

He went on to explain the story of exactly how Lime-Up came to be.

“I was trying to send a text using Siri. I forget what I wanted to say, but it sent my friend TJ ‘lime up song.’ And he was like, ‘what’s ‘lime up song?’ He came to Iowa City a week later from Davenport, and we made ‘lime up song’ at about two in the morning,” Nelson-Moore explained.

Despite it being such a simple concept, many students at City High find Lime-Up to be strangely entertaining. The website gives people the option to let their friends on Twitter know how long they have “limed-up” for, spreading the word of Lime-Up through social media. Nelson-Moore has also taken full advantage of social media networks like Twitter to keep up with the latest technology.

“I look at a lot of news websites about technology and I also look at Twitter. Definitely Twitter. I started tweeting last October and I’ve tweeted almost 8,000 times,” he said.
Following almost 800 accounts, Nelson-Moore regularly communicates with other programmers around the globe, sharing projects and opinions on the latest technology. But like any other teenager with a Twitter account, he also follows friends and various silly accounts.

“My favorite thing about the Internet is the amazing amount of random, hilarious things that waste time and give me an excuse to not do anything,” he joked.
Nelson-Moore is already thinking ahead to the next wave of technology: Google Glass, smartwatches, and new capabilities for smart phones.

“I think partly it’s good because it’s easier to end a call, for example, from a smartwatch,” Nelson-Moore said. “The problem with a smart watch for me is I would just sit there poking at it during class. And I would never use Google Glass or anything like that because it’s too in your face. I mean, what’s next? Google contacts? Google implants?”

Nelson-Moore believes that the more people rely on technology, the more they lose a sense of self-sufficiency.

“If we keep doing that we aren’t going to be able to function without something that depends on electricity working, which is a problem. The world already doesn’t work well when the power’s out,” he said. “In terms of the wearables, I think they’re too intrusive in terms of all these privacy issues. In my opinion the NSA should not exist at all. I think reform is a good idea but it shouldn’t exist, because if it exists it can find some loophole in some law and continue spying on us.”

There’s an elegant way about how you make a collection of tiny electrical things – microcsopic things – do exactly what you tell it to.”

Technology plays a big role in Nelson-Moore’s plans for the future. Interested in biomedical engineering, he can see himself going into business and making apps and tools geared towards that field. In addition, Nelson-Moore plays the cornet and piano, and has a big interest in music. He would like to blend his two interests by composing and remixing music.

“In the perfect dream I have, I would already be making enough money at some start-up to support myself. But I’ll probably get some job or internship and then start a start-up on the side. I’d make interesting apps. My favorite things to make are things that are really useful and easy to use.”

Even with all the gadgets already in the world, Nelson-Moore would still like to leave his mark on society by using technology to improve our world. He has a long list of inventions that he would like to design, from phone batteries that last for days to systems that bring first-world conveniences to third-world countries.

“The charitable part of me wants to invent something that would easily provide and grow food and water without taking up a lot of horizontal space,” he said. “And it would be nice to develop something that gives easy access to the Internet in developing countries.”