The Little Hawk science club sits at the University of Iowa Rugby fields, a large grass field just across from West High.  They are launching their rockets, as part of the TARC rocketry competition. This is the second year the club has participated in the Team America Rocketry Challenge, or TARC for short.

“The team has really grown over the past year,” club advisor Mary Lestina said. “This year, we completed our rockets in January and had an initial launch. However, the cold and snowy weather kept us from performing launches outside. We were busy performing test flights based on the computer model, RockSim.”

The contest has hundreds of teams from across the country compete. Teams have to design, build, prepare and launch a model rocket. This year the goals are to launch a rocket 800 feet in the air, for a duration of 46-48 seconds. In addition, teams must put one egg inside the rocket, and have the part of the rocket with the egg land without the egg cracking.  City High team members have personally have designed, built, painted, and launched their rocket. Team members say they have learned a lot over the past year.

“I’ve learned a lot about rockets and how they fly and how to design them,” team member Eric Jones ‘16 said. “We learned what performance to expect from our rockets in their flights and now we can better plan our competition flights this year.”

The team launches rockets every week or so, from their launch site at the U of I rugby fields, on either a Saturday or Sunday afternoon. They usually do two or three launches in an afternoon.

“Usually we have our rocket engines ready for launch but we also have to fold the parachutes and pack them into the rocket correctly and then turn on the altimeter so we can record how high it will fly and then we place the egg inside the payload tube in its protective case so it won’t break during the flight or the landing,” Jones said.

The weather also also can be a major factor in the rocket. Wind and cold are harder to launch in, and can greatly affect the altitude and time of the flight.

“The thing that determines how the flight will go is in a great part the weather conditions weather it’s windy or cold out, it can all affect the flight, so I’m usually watching the weather for the launch time,” Jones said.

The team members use a number of tools to help them build their rockets. Students have used Youtube videos to learn about rocket assembly. They also have been helped by Shaun Vecera, model rocket enthusiast, and parent volunteer. In addition, they also use RockSim, a rocket simulation program to experiment with the results of different motors and parts. They can alter weather conditions too.

“RockSim is software that’s put out by the company we got all our parts from, and RockSim is used to model rockets, and you can see how high they go, and you can even model weather conditions,” team member Patrick Vecera ‘17 said. “This gives you a fairly accurate model of what the rocket will do.”

The team says their ultimate goal is to qualify for the national competition in Washington, D.C. in May. Only the top 100 teams in the country will make it, and the team hopes to build off of last years disappointment of being just out of nationals.

“I feel confident that we will get into the national competitions this year, the goal altitude is 800 feet and we just had a flight that went 1,000 feet last weekend which is the highest we’ve ever had the rocket fly” Jones said of nationals, and the team’s recent success. 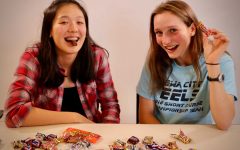 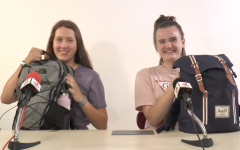 What’s in my Backpack? Freshman vs. Senior 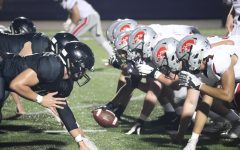 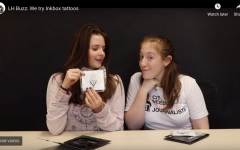 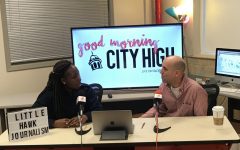