There exists an Instagram account dedicated solely to celebrating two (admittedly striking) strips of hair: actress and model Cara Delevingne’s eyebrows. And it’s not the only one; over the past few years, eyebrows have been raised to a surprisingly elevated status in popular culture. 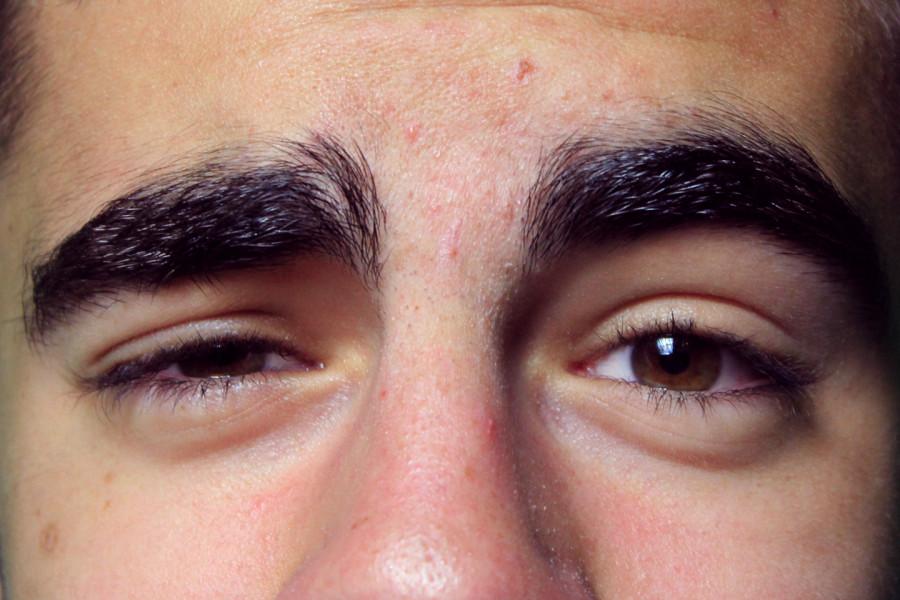 With the words “eyebrow tutorial” producing 220,000 results on YouTube, #eyebrow generating 854,899 Instagram posts, and dozens of beauty websites calling eyebrows the most important part of the face, one has to wonder just when these two strips of hair were raised to such a high status in popular culture.

Although eyebrows have always been an important part of the cosmetic world, their popularity has skyrocketed over the past few years. In the Iowa City area alone, there are several stores dedicated to eyebrow threading and care. Yashu Ssrestha works at one of these stores, Style by Sandy, and has seen firsthand both the rising interest in and the changing trends of eyebrows.

“We have grown a lot [recently],” she said. “Very high arches [are] very popular these days. Everybody likes high arches.”

“Once everyone saw that this famous model had these really big eyebrows and were pulling them off so well, it started being a trend,” Moustafa said. “I don’t know if it was her exactly that started it, but she was one of the big people that got it going.”

Cox, too, saw the trend that has spread across social media begin with celebrities.

“Teenage girls [have] picked up on actresses like Lily Collins who’ve got that really strong brow,” she said. “It’s funny, it’s honestly funny because a lot of the media surrounding it is funny.”

Although Mustafa has noticed the newfound interest in eyebrows on social media, her own interest had other origins.

“Before, I just never noticed them,” she said. “I never really noticed it until I started filling them in and people said they looked nice. That’s when I started doing it on a regular basis.”

For Mustafa, eyebrow styling is now a part of her daily routine.

“In the morning, if I mess them up, then I’m definitely not going to leave the house,” Moustafa said. “I just need to fix them before I leave. On average, they’ll probably take two to five minutes depending on their condition. Like bad hair days, there are bad eyebrow days.”

Moustafa’s interest in maintaining her eyebrows has gained attention from her peers.

“People have admired my eyebrows before,” she said. “I think it’s just because they think I naturally have thick eyebrows, which I do, but they don’t naturally look like this. I put in work. They are natural enough for people to admire them, but I’m like, ‘No, honey, this is makeup.’”

Cox, too, has noticed that her eyebrows attract attention.

“I get compliments on them a lot,” Cox said. “Usually only from girls; guys don’t say anything about them. Usually girls that are into makeup a lot pick up on it more. I think they have a better eye for it.”

While interest in eyebrows has reached perhaps unprecedented levels recently, makeup and beauty industries have tracked eyebrow trends since ancient times. Across a shorter timespan, Cox has seen the influence of eyebrow trends in her own family.

“When both my grandma and my mom were younger, the fashion was to have straight, really thin eyebrows,” Cox said. “They really over-plucked, and now they basically don’t have eyebrows and they have to draw theirs on. Trends come and go, and I feel like this is a trend. Hopefully I don’t mess up my eyebrow shape before this is over.

Although fashions come and go, Moustafa does not believe that eyebrow care itself it likely to disappear anytime soon.

Whatever legions of Internet-based beauty gurus might claim, eyebrows are not, in the end, the windows to the soul.

“Eyebrows are not the first thing I notice in people,” Moustafa said. “Everyone has that one feature about them that you notice first; I think that my feature is my eyebrows and that’s why I get a lot of attention for them. If someone has good eyebrows, I admire them; but if they don’t, I’m not stunned.”

Like any facial feature, eyebrows vary from person to person; Moustafa does not believe that there is one definition of a “good eyebrow.”

“A good eyebrow depends on the person. It should fit you, it’d be weird to have really natural makeup and then have really exaggerated eyebrows. If your eyebrows look good on you, and they’re shaped. It just has to fit with the person.”