One seventeen year old girl shares what it’s like to be expecting a child while society expects something different.

Seven months ago, Chandler Hamm ‘16 sat in the Iowa City Family Practice clinic with her mother, at an appointment to switch to a new form of birth control. After routine testing and checkups, the nurse entered the room and asked her mother to step outside. The nurse shut the door and told Hamm that she was pregnant.

“I noticed right away that there were changes in my body about a week after, and I just kinda brushed it off. But when the nurse told me, I was just shocked. I didn’t know what to say,” Hamm said. “I wasn’t even gonna tell my mom, but then the nurse encouraged me to bring her back in because she already knew something wasn’t right. So then the doctor told her, and my mom had the same reaction I did, just shocked.”

Hamm found that after talking to her mom, her decision to keep the baby wasn’t quite as hard as she thought it would be.

“She said either we could get an abortion, and we wouldn’t tell anybody about it ever, or we could keep the baby, and that it was totally up to me,” Hamm said. “So I drove home and I thought about it, and as I was driving I hit a bump in the road, and I got scared that the baby wasn’t okay. I just thought to myself, if I’m scared already that she (at the time, it) is hurt, I think I have to keep this baby.”

I drove home and I thought about it, and as I was driving I hit a bump in the road, and I got scared that the baby wasn’t okay. I just thought to myself, if I’m scared already that she (at the time, it) is hurt, I think I have to keep this baby.”

That gut reaction was what triggered Hamm’s decision, but she also thought long and hard about what was right for her before deciding to keep the baby.

“I respect other people’s beliefs. If you want to get an abortion, it’s your body, you do what you want. But for me that’s not something I would be able to handle. I would just feel too bad. And I know that mentally I just would not be able to do adoption, because I already love her so much, and she’s still in my belly.”

Even after the initial shock was over, Hamm still had to break the news to her friends and family. However, her mom’s support made it much easier.

“With friends, I just kinda came out and said it, and they were all really supportive. But my family is where my mom really stepped in and she was just great, she was amazing, she did it all for me,” Hamm said. “She told my dad, she told my brothers, and then they were all really supportive right away. My dad was excited, which is not what you would expect from a dad. I had no idea what to expect, but my mom just kind of took over.”

She has also received more positive reactions at school than she expected. “I thought I was gonna feel singled out, but everyone has been great, so I haven’t really felt that way,” Hamm said. “Other kids seem to be excited. People that I thought were going to be rude were actually really positive. They’ll tell me, ‘“I can’t wait to meet the baby!”’ But there have been some younger kids, [and] you can kind of see it in their faces like they’re wondering, “Is that girl pregnant?”’

Although Hamm has had a relatively positive experience so far, there is still a negative connotation associated with teen pregnancy. In a few instances, the people she’s told haven’t been sure how to react because of her age.

“When I hear negative things, it’s frustrating. One of my good friends was kind of negative about it in the beginning, and I just don’t think that’s fair. It’s my life and I have the support and I’m positive about it and I’m happy,” she said. “Life is hard with or without a baby, so I don’t like negativity in general. But I know I can do it and I’m excited to prove that negative side wrong.”

Another big source of support for Hamm has been Noah, the father of her baby. He works in Cedar Rapids, but he and Hamm are able to see each other fairly regularly.

“He’s been really supportive since the beginning. When I first told him he said, ‘If you don’t want to keep the baby I will give you the money, and if you do I will support you.’ And that was just awesome to hear from someone because I was totally freaking out,” she said. “But he’s really excited now. I think he’s getting to the point where he’s like, ‘Okay, I can do this.’”

Hamm has already devised a plan to balance parenting and her education. Right now she is only taking morning classes (first through fourth hour), and works at Little Angels Child Care Center, which has provided her with experience working with children.

“After I have the baby, I will take two weeks off of school, but if I feel like I need more time, I will take more off, and I’m probably gonna take about four weeks off of work. My mom is gonna take two weeks of vacation time when I go back to school, and then after that [the baby] will be big enough to take to the daycare,” Hamm said. “So I will take her to daycare in the mornings when I am ready, and then I will come to school and then go to work and take her home with me.”

“If you want to get an abortion, it’s your body, you do what you want. But for me that’s not something I would be able to handle. I would just feel too bad. And I know that mentally I just would not be able to do adoption, because I already love her so much, and she’s still in my belly.”

Once she has graduates high school, Hamm plans to take online college courses and is aiming to become a social networker. She is aiming to make her college experience, and the rest of her young adult life, as normal as possible. For her, the best way to do that is by continuing to stay positive and looking forward to future experiences with her daughter.

“There’s no point in being negative, and this whole experience has been a cooler feeling than you would think,” she said. “Even though it’s a young age to be having a baby, there are still a lot of positives to it. Further down the road, I’ll be able to do more with her [because I am] a young mom.”

Knowing first-hand how stressful it can be, Hamm hopes that all other mothers, mothers-to-be, or girls deciding whether or not they can handle being a teenage mother surround themselves with people that are loving and supportive.

“There are some girls that have the support and there are some girls that don’t. With the support, it is easier to stay positive. I mean, all you gotta do either way is stay positive and make a decision that you know is right for you, whether that’s adoption, abortion or keeping the baby,” she said. “Talk to somebody about it that you know you can trust, and don’t let anybody else tell you what to do. It’s your decision and you need to make it. Not your mom, or your best friend. Just do it and stick with it.”

Hamm is now about 35 weeks pregnant, and is expecting her daughter on October 27th, 2015. 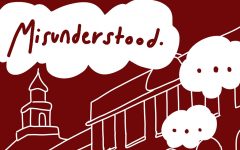 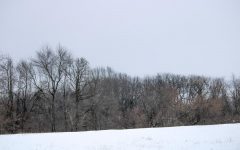 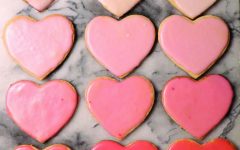 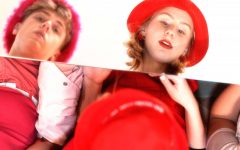 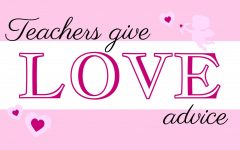