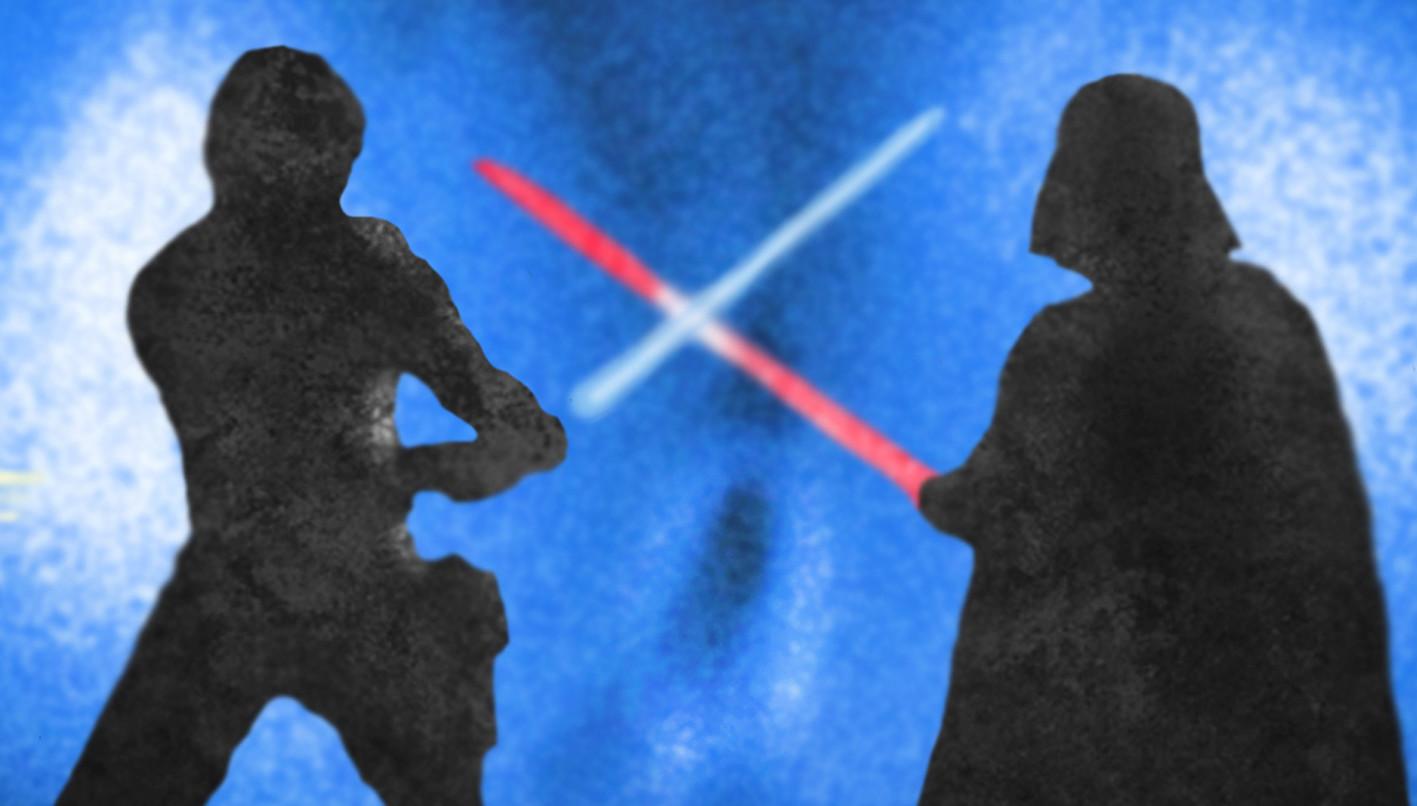 The last few months, City High has been filled with a buzz of energy. It’s not about an upcoming concert, nor a City versus West athletic competition, but something else: the new Star Wars movie.

“I honestly don’t remember when I was first introduced to Star Wars,” Daniel Valdes ‘16 said. “I’ve been obsessed with it for all of my life.

For many, the announcement of Star Wars: The Force Awakens is not just another movie. It has reinvigorated the strong and passionate Star Wars fan base that has existed since the release of the original trilogy, and is an addition to a nuanced fan culture, complete with spin-off story-lines and in-depth characters analyses.

“I could talk about Star Wars for hours on end if I find someone who shares the interest,” Valdes said. “I talk with people, read about it; I’m always looking for new stuff I didn’t know about it.”

Valdes’ journey into the Star Wars universe began not with the movies, but with Lego sets based off of the original trilogy.

“My mom said ‘you know there’s movies that [the Lego sets] are based on’ and I was like ‘no way’ and I started watching them, and I guess that’s what really started it all.”

Younger fans often have experience with the Star Wars brand before they see the actual movies. This creates some distinction in how identities emerge among fans of the series, especially regarding the prequels. For John Burkle, the movies started it all.

“My parents took my brother and I to a double feature of Logan’s Run and Star Wars in 1977 when I was just about 3, and I was mesmerized. I wanted everything Star Wars,” he said. “I dressed as a Jawa for Halloween for 3 years straight, and then I went as Han Solo for a couple  years.”

Burkle’s interest in Star Wars continues, but doesn’t connect with the larger fan base that exists surrounding the movies

“My brothers a big fan and I have friends who are fans, but it’s not like I need to join a Star Wars group to get my fix. I don’t feel compelled to be connected to other people with it, it’s just the thing I love.”

The Star Wars movies are not without their own conflicts. In 1999, the first of three prequels to the original Star Wars trilogy was released, sparking great controversy and revealing divides among different age groups of fans.

“I’ve seen the prequels, but I think they’re geared more to younger kids than the fans of the original generation,” Burkle said. “I think [The Empire Strikes Back] is really the best of them all. It’s a little darker it’s compelling and there’s more of a real threat to the characters.”

Many fans complained of an overuse of computer generation technology, most notably in the case of the character Jar Jar Binks. Jar Jar quickly became a symbol for the alleged mistakes director George Lucas made in the second trilogy, though not all fans feel that the prequels deserve their reputation.

“I don’t hate the prequels, and I don’t mind Jar Jar,” Valdes said. “The Return of the Jedi was probably my favorite, but I love them all.”

The infamy of Jar-Jar revealed how closely tied the movies success was to the quality and depth of the characters. The wide range in the personalities and role of characters in the movies remains key to the Star Wars franchise’s ability to connect with a large and diverse audience.

“I really like characters that didn’t play too big of role like General Veers,” Valdes explained. “He wasn’t incredibly big in the movies, but reading about his backstory and seeing him in games, I really liked him as a character.”

Others, like Burkle, connect more to the leading characters.

“I think everything loves Han Solo, but I think I have a bigger connection to Luke, just the up and down kind of the evolution of the character,” Burkle said. “He starts as a lowly farm boy, and then he’s the last Jedi.”

While Star Wars means something different for all fans, the near feature holds great new hope.

I’m really excited for The Force Awakens,” Valdes said. “The trailers I’ve seen look amazing. I hope that they can capture the fantasy and the rich universe that is Star Wars, and match, or at least come close to matching, what Lucas did with the first three movies, and create something that people can love really go crazy about.”

Burkle hopes the film will bring him back to the world that he fell in love with in the original trilogy.

“I think the original cast is going to make it really special. You’re catching up with your old friends,” he explained.  “It’s got a feel more like the first ones, the way it was shot, the way it looks. It’s going to be nice to see the old characters.”

Even as the release day for The Force Awakens approaches, fans like Valdes and Burkle are already looking on to the continuation of the new trilogy of movies.

“We’re going to have a new three movies, and I think star wars is going to continue for a long time, just like Star Trek,” Valdes said. “In the future, when the movies are done, I think we’ll see T.V show spin-offs, more books, games, because that is something that I as well as thousands of other people would love.”