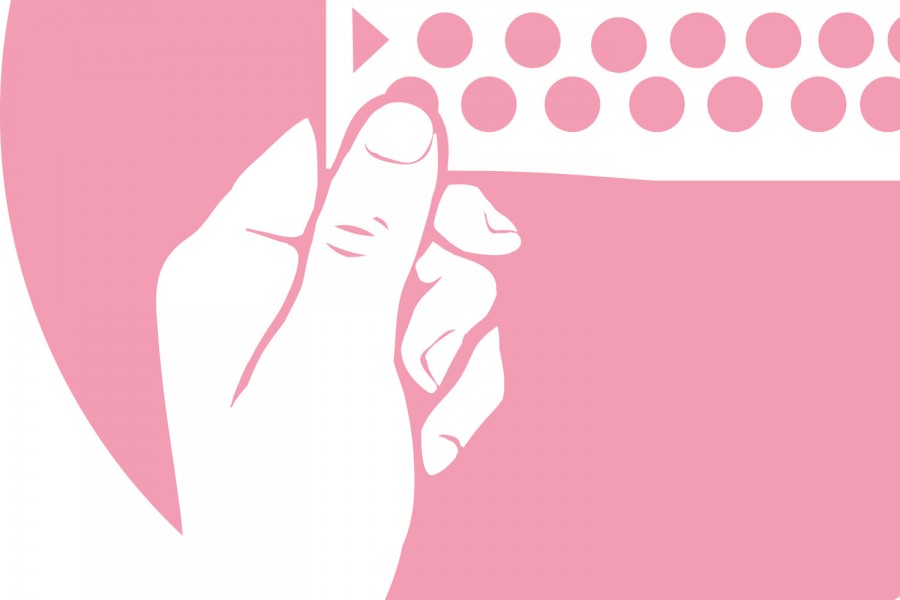 Planned Parenthood: Inside the Debate

Patients entering Planned Parenthood in Iowa City are now greeted by a security personnel, a security measure which was added following the November 27th shooting of a Colorado Springs Planned Parenthood clinic. While this attack has been the most deadly against the organization; killing three people, it has not been the first. For example, in 2012, a bomb set off at a Planned Parenthood in  Grand Chute Wisconsin by an anti-abortion activist caused thousands of dollars in damages. Angie Remington, the public relations manager at Planned Parenthood in Omaha Nebraska, has witnessed multiple acts of violence and vandalism while working for the health clinic.

“We’ve had several acts of vandalism to our facilities in recent months, such as splashing red paint on our sidewalks and leaving a pile of coat hangers on the ground,” Remington said. “Recently, someone spray-painted the side of our building with some hateful words.”

Vandalism is one problem; another is protesters outside the building, who are not an uncommon sight for Remington.

When you look at the issues that often affect young people—unintended pregnancy, STDs, intimate partner violence, sexual assault, questions about sexual orientation and gender identity—it becomes clear why the services Planned Parenthood provides are so crucial.”

“We see regular protests throughout our affiliate. In Omaha, they are there twice a week on the days we offer surgical abortion. They carry signs meant to shame the women who are there to receive care,” Remington said.

These protests represent one facet of a growing debate in the country, not only about Planned Parenthood, but about abortion itself. For Mollie Hansen ‘17, this debate is a personal one closely linked with her faith.

“[I’m not involved with] any public protest or anything, but I definitely pray about it. I pray for those who are considering abortions and don’t know what to do with their lives and are confused that they would know the right path to choose,” Hanson said.

Hansen believes the right path for those dealing with an unplanned pregnancy involves other options besides abortion.

“Adoption would definitely be good. I’ve heard of a lot of people who adopt from pregnancies from girls who don’t know what to do and decide to go through the pregnancy,” she said.

However, Rachel Fischer ‘17 believes that abortion is the best choice for some women.

“I think [abortion] is important because it’s easy to become attached to the baby and to want to keep it, even if you were planning on adoption before,” she said. “And if you know that you cannot take care of it, you don’t have the income or the emotional stability, not having to see the baby might be the best thing for you.”

“The obvious misconception is that we only provide condoms and abortions, or that we want to increase the number of abortions we provide. In fact, most of the work we do is to reduce the number of women coming to us for abortion care,” Remington said. “In the state legislatures, we work to protect access to women’s health care, including safe, legal abortion, because we believe that abortion should be legal and accessible for any woman who has made the decision to end a pregnancy.”

A direct product of this opposition can be seen in the Senate’s reconciliation bill, passed on December 3rd. Part of the bill was an amendment to cut federal funding to Planned Parenthood. While the bill is not likely to be put into law while President Obama is in office, Hansen believes that cutting federal funding to Planned Parenthood would be a good solution to the issue.

“There’s a lot of people who, as you can tell, aren’t supporting it, and I think government funding should represent American thinking and should have the ability to represent what America is for,” Hanson said. “I think it should be privately funded so that way people can choose to fund it instead of having their tax money go towards that.”

Iowa Senator Joni Ernst was among those who voted in favor of defunding Planned Parenthood. Ernst agreed that tax money should not go to Planned Parenthood, but maintains that women’s health care should be protected.

“Senator Ernst has made clear that she believes we must protect funding for women’s healthcare by redirecting money from Planned Parenthood — the nation’s single largest provider of abortion services — to other eligible providers of women’s health care, such as community health centers and hospitals,” said a statement from the office of Joni Ernst.

However, Remington believes that cutting federal funding would be harmful to vulnerable patients, especially because Planned Parenthood’s services go beyond abortions.

“The vast majority of federal funding we receive is from Medicaid reimbursement because we are a qualified Medicaid provider,” she said. “Some federal funding goes to preventive programs that provide things like breast and cervical cancer screening to low-income and elderly women.” 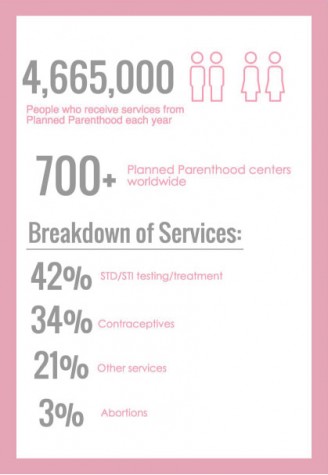 Planned Parenthood has received an influx of media attention this presidential election. While many GOP candidates have expressed disapproval of the organization, Remington believes that these views are not representative of the public.

“Politicians use access to women’s health as a pawn in their political grandstanding, appeasing an increasingly out-of-touch and extreme base of supporters. Most Americans do not support defunding Planned Parenthood,” she said.

In addition to abortions, which account for around three percent of the services they provide, Planned Parenthood provides services such as STI testing and contraceptive access. seven percent of patients accessing these services are minors.

“It’s important for high schoolers to have those resources because they have sex too,” Fischer said. “High schoolers should be treated like anyone else that has sexual relations.”

Remington added that Planned Parenthood addresses many of the issues facing  teenagers today.

“When you look at the issues that often affect young people– unintended pregnancy, STDs, intimate partner violence, sexual assault, questions about sexual orientation and gender identity – it becomes clear why the services Planned Parenthood provides are so crucial,” she said.

According to Remington, Planned Parenthood encourages young people to speak with their parents about health issues such as pregnancy, STDs, and sexual assault. However, this may not always be possible.

“Sometimes a young person is in a situation where they cannot talk to an adult out of fear or violence or shame,” Remington said. “To these people we provide the resources we can, without judgment, and within the limits of the law.”

According to Fischer, Planned Parenthood’s wide array of services are a reason for it to stay funded.

“I think it’s benefiting the entire public. They do services for males too, it’s not just females,” Fisher said. “If we’re going to federally fund hospitals, we should federally fund Planned Parenthood.”