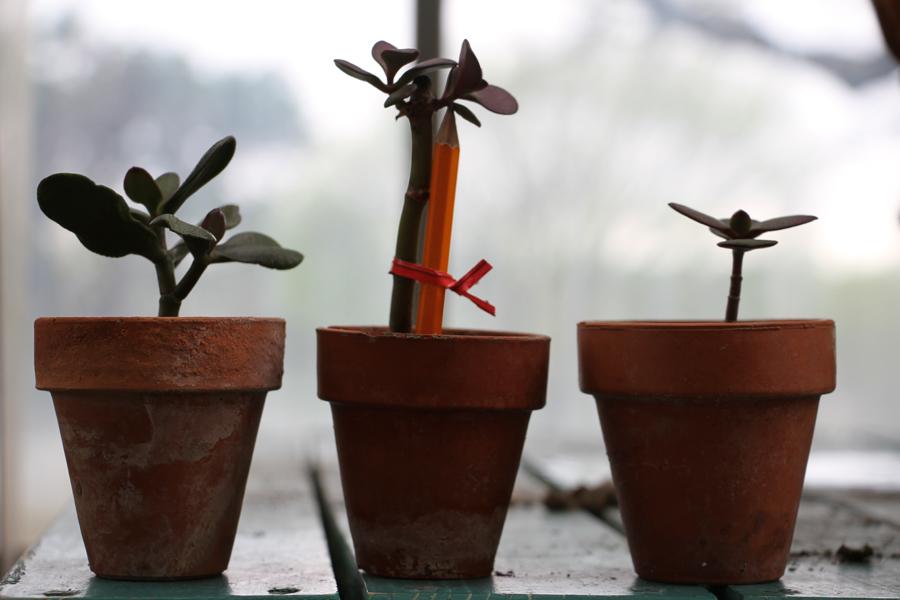 The United States is split on what has been called the top global threat: climate change. Iowa is in the same position, but teachers at City High are working to change this.

Despite the fact that 97 percent of the scientific community believes in human-caused global warming, only 19.7 percent of Iowa science teachers believe climate change should be taught as fact, according to a survey reported by IowaWatch.org from a survey by Cedar Falls high school’s newspaper Tiger Hi-Line. City High teachers are working towards thorough climate science education in order to inform the generation that will deal with its effects.

“Every single student becomes a voter. Every single student is a consumer,” City High science teacher Kevin Koepnick said. “And we can’t possibly have an educated populace that is able to make responsible choices if they don’t understand what’s happening in the world around them. That is not a political statement, that is simply a statement of scientific literacy.”

Although most U.S. science teachers address climate change, according to a February 12, 2016 study by Science magazine, insufficient grasp of the subject leads to ineffective teaching.

The study attributed minimal teaching to limited school budgets, political opposition, and an insufficient grasp of the science. The study also found that teachers are intimidated by the conceptually difficult and controversial topic, partially because in the United States, new science recommendations include a Common Core of English and math skills that many states can’t meet.

The Next Generation Science Standards (NGSS) were developed several years ago by 26 states, and have been adopted by 16 states. These, along with the Iowa Core, are the only teaching standards. Adopted by the ICCSD, the standards serve as guidelines for what each student should learn in their science classes by the end of their high school career. They fit the description Science magazine called for to improve teachers’ knowledge: “teacher-tested, standards-aligned educational materials that document the basis for the scientific consensus about human-caused climate change.”

“NGSS is actually very well written,” Koepnick said. “It’s very strong in what we should make sure that everyone is exposed to. It’s not about climate change; it’s about planetary systems. It’s about, ‘This is how the system works.’ We understand how the system works: If you push this button, this happens. We’re pushing the carbon dioxide button,” he said. “It really is a system, and you can’t change it. There are things about the systems that we have to try to help people understand.”

Koepnick is part of the minority who teaches without mixed messages that climate change is human-caused. He also spends five weeks of his AP Biology class teaching about climate change, well over the one-to-two-hour average of science teachers across the country.

“I use every possible tool [to teach about climate change]; I use data sets from NASA, NOAA (National Oceanic and Atmospheric Administration), and the National Parks Service. We do our own studies based on those publicly available data sets. We use every possible thing,” Koepnick said. “Arguably, because of the effect of climate change on the ecosystems around the world, the entire AP Biology ecology unit—which is actually two units—is either directly or indirectly focused on climate change. It’s just unavoidable.”

City High Science teacher Mary Lestina also teaches the scientific consensus: the fact that the Anthropocene, an epoch that started around 1960, is seeing the largest release of greenhouse gases recorded in history. In two of her classes, Weather & Climate and Ecology, she emphasizes student-led research.

“The students really behave like scientists,” Lestina said. “They look at the temperatures and see what’s happening over time.We focus globally, but we break it down into how [climate has] been changing individually in different areas. The amazing thing that they come to the conclusion about is that even though [the planet has] just been rising a few degrees Celsius globally over the Anthropocene, globally [temperature] is increasing 10 degrees here, or decreasing five degrees here, and so we’re getting more dramatic changes,” she said. “And so they start to see that those slight changes are really a bigger picture and pattern in different parts of the world.”

Although Laura Cornell  ‘16 hasn’t taken either of Koepnick’s or Lestina’s classes, she feels she found more instruction from the news than from her biology class. Cornell volunteers with the nonprofit organization NextGen Climate, which works with community members and politicians to find solutions to climate change.

Both Lestina and Koepnick see the effects of global warming as a major problem for future generations, and feel every student should be educated about climate change in order to create solutions, instead of exacerbating the problem.

I think it’s really important because it impacts [the students] dramatically,” Lestina said. “We’re a part of the generation that is observing the changes, and the students are a part of the generation that’s going to have to make the changes to alter what’s going on with climate change right now. The students are the most important factor right now,” she said. “If we don’t address it with them, then they don’t know what potential impact they’ll have in the future too.”

On April 10, 2015, for the second time in five months, West Virginia altered its standards to consider doubts about the scientific consensus in its method of climate teaching. This came after a contention the previous year which modified the state’s Next Generation Science Standards.

This is a common phenomenon among states whose economies depend on coal, oil, and gas profits—commodities known to emit greenhouse gases. Political actions and statements of value commitment about climate change education in these states may be laced with profit motives.

Cornell comments on these overt actions from coal, oil, and gas companies.

“Their actions are criminal,” Cornell said. “To profit from destruction of the earth and endangering of people’s health is so shameful.”

Koepnick uses his expertise in the science field to explain a political controversy that he says has no room for debate.

“The causes of climate change are simple: We’re taking carbon that nature sequestered hundreds of thousands of feet underground hundreds of millions of years ago, and releasing that carbon into the atmosphere much, much, much more quickly than it could ever be released into the atmosphere by nature,” he said. “That causes an increase in the amount of atmospheric carbon dioxide. Carbon dioxide absorbs heat; it’s just a heat sink, it’s just a specific heat problem right out of your Honors Chemistry exam. The climate can’t not warm. Whatever people want to say about cycles and nature, the nature of the chemistry of the atmosphere is that if you do this, it must warm; it can’t do anything else.”

“I read everything, I study everything, I watch everything,” Koepnick said. “I have a head start on some people because my background is in the sciences, and so that means that I maybe understand things at a different level.”

Koepnick recognizes the struggle many people from his generation have with grasping the science and concepts of climate change. Only 50 percent of U.S. adults believe human activity is the predominant cause of climate change, the lowest of 20 countries surveyed, according to a February 2016 study from Science magazine.

“What we also have to keep in mind is that I am your parents’ age. None of this was understood when we were in high school, so everything that everyone has to learn about this has to be from science that is within the last 30 years. Most people who are voting haven’t been in the classroom in that long,” he said. “There’s no reason that they should understand it if it’s presented to them by people who have an agenda. And if that agenda is making money, or getting your vote for some other reason, you’re not necessarily going to get the whole story.”

There’s no reason that they should understand [climate change] if it’s presented to them by people who have an agenda. And if that agenda is making money, or getting your vote for some other reason, you’re not necessarily going to get the whole story.”

“When things are reported in the news, it’s important to remember that the reporters very seldom have any background in the sciences at all,” Koepnick said. “People could get wrong conclusions and end up disbelieving science when they [have the science] explained by someone who didn’t even understand it to begin with.”

In order to evolve the education with the climate science, and as a response to the Next Generation Science Standards, the ICCSD curriculum will be overhauled beginning next school year. The goal is to implement a different course sequence starting in two years.

“There are standards that we need to make sure that every single graduate has been at least exposed to, if not mastered,” Koepnick said. “Everyone’s doing it now, but it’s going to become much, much more overt and in-print where people can easily see it. There’s change on the horizon.”

Cornell believes the ICCSD could do a more thorough job of educating its students about climate change.

“We could focus more on humans’ role in climate change and alternative energy solutions,” Cornell said. “This issue doesn’t have to be partisan at all. The district has absolutely no reason to resist teaching it in fear of ‘leaning left.’”

In addition to changes to the science curriculum, the One UN Climate Change Learning Partnership, which was launched at the 2009 Copenhagen Climate Change Summit, is a collaborative initiative which supports countries in designing and implementing solutions to climate change. The initiative calls for a holistic approach to the subject, drawing upon subjects like economics, culture, policy, law, and sociology.

“I think we should definitely talk about the effects of environmental policy in government classes and how climate change disproportionately affects people in poverty in the U.S., and especially in third-world countries,” Cornell said.

Koepnick agrees in that climate change escapes the realm of science when it begins to permeate quality of life.

It’s one of those things that’s so pervasive in biology as soon as you begin to look outside cells and individuals, and begin to look at systems that involve people.”

“It’s one of those things that’s so pervasive in biology as soon as you begin to look outside cells and individuals, and begin to look at systems that involve people,” Koepnick said. “The population unit in Introduction to Biology and AP Biology—the effect of climate change is inescapable when you consider how rapidly the world’s population is increasing, and how many billions of people live within five or six feet of current sea levels.”

However, Koepnick emphasizes the importance of foundational learning to give context to a subject that is “conceptually difficult.”

“Do I think that in life science climate change is a vitally important topic? Yeah, but I also think inheritance is pretty important too,” he said. “We have to try to devote an appropriate amount of time to everything. If you don’t understand basic planetary science and some basics of population biology and some basics of evolutionary biology, climate change doesn’t matter to you. There’s no reason why it should, because you can’t see any of the outcomes of climate change,” he said. “If you know a little bit about populations and how they grow, if you know a little bit about extinction, then all of a sudden you realize that a warming atmosphere means a warming ocean, and warming ocean changes weather patterns, weather patterns affect where crops can grow and the sea level, then all of a sudden you start to see that this is a complex picture, and that the outcome isn’t the same for everybody.”