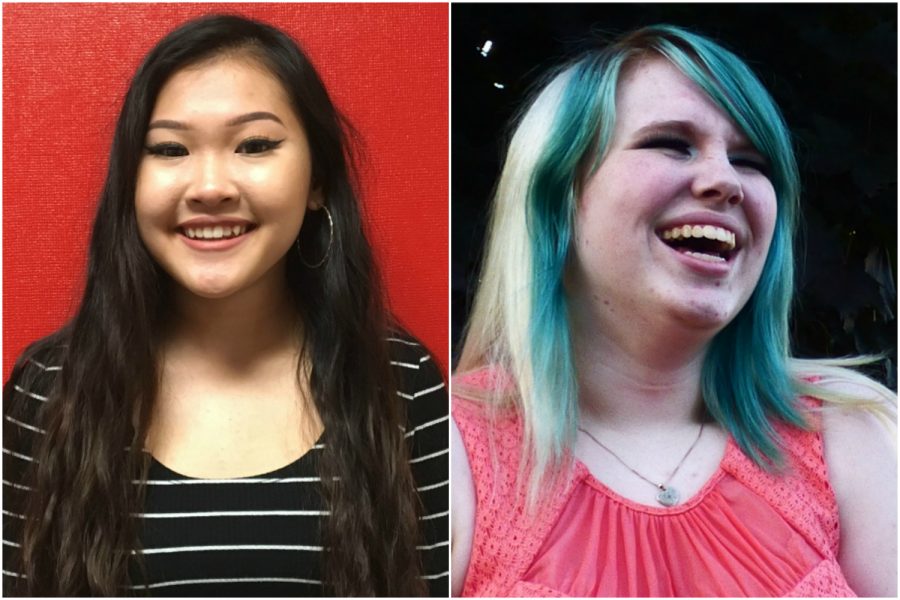 YouTube has over a billion users, connecting people from all across the globe. Both kids and adults spend hours on end filming and editing videos to entertain others. For some, their purpose is purely for entertainment. Others view it as a teaching platform.

City High student Lizzie Tran ‘18 started her channel only a month ago. She is a self-taught makeup artist who films tutorials and fashion videos. For her, YouTube is way to share her passion and skill for makeup.

“I don’t care if I have a lot of subscribers, that doesn’t matter,” Tran said. “I just want to teach people what I love to do, that’s what I want to do in the future anyways. I want to teach young people – if you want to do your makeup, that’s totally fine.”

Tran finds inspiration from other YouTube makeup artists such as Michelle Phan, another self-taught artist.

While makeup and fashion videos are extremely popular on YouTube, it is gaming that interests Amanda Aaberg ‘18. She started her channel three years ago, but only began uploading in July. She currently posts random videos, filming whenever and wherever she can until she can acquire the correct materials needed for filming gaming videos. She loves watching gamers such as Markiplier, Jacksepticeye, and Matthias in particular. In the future, Aaberg would like to become a full-time YouTuber.

“My goal is just to make people laugh and have a good day,” Aaberg said. “In the future I hope my channel will grow and I can make more people happy.”

Aaberg was inspired by other gaming YouTubers. She was amazed how they could simply post a video of themselves playing a game and reach out to so many people, including herself. Currently, she live streams on Twitch, a broadcasting site for gamers, but has yet to upload a gaming video.

Although Tran and Aaberg have varying interests, one thing they have in common is that they do not use fancy studio lights, editing software, or cameras, instead using cameras and iPads they have in their house. Their filming and editing schedules are random, based on whenever they have a few free hours in their day to sit down, film, and edit a video. Filming and editing can take up a surprising amount of time. According to Aaberg, filming can take anywhere from an hour for a sit-down or challenge video and as long as a full day for a vlog. Tran’s “Get Ready with Me” video, only 9 minutes in length, took her three days to film and three days to edit. After filming and editing, Tran still had to create a thumbnail, film an intro and outro, add music, and record a voice over.

Students are often scared about how their peers, family members, or the world will view them. Fear of judgement is a barrier to overcome when putting yourself out there for anyone in the world to see. Tran says she was encouraged by her cousins to start her channel.

“I thought, maybe this isn’t my thing. I wasn’t sure if I was into that whole thing, but now, people are supporting me,” Tran says. “People’s support really keeps me going. If you really want to do something and share something that you love to people and the world, you should definitely do it. It doesn’t matter if you have a million subscribers, a million views, you’ll eventually be known, it’s just a long process. Do what you love. If you want to share it with people, go ahead and do it.”