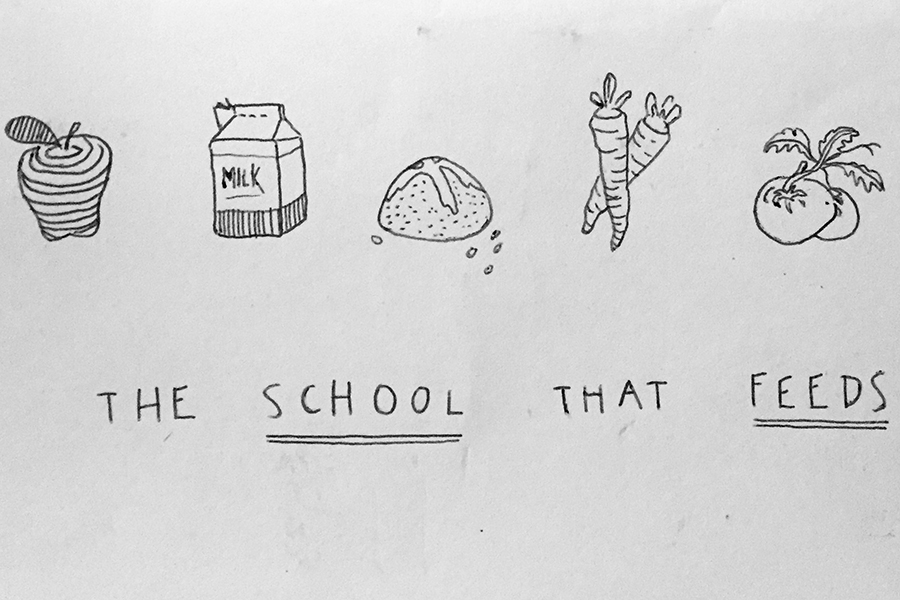 In 2014, Feeding America reported that 15.5% of children in Johnson County are living with food insecurity. The Iowa Hunger Summit stated that ⅓ of food pantry customers are children. And a poll taken by City High students announced that 20.4% of students often are unable to access nutritious food after school or on the weekends.

G! World, a mentorship group for minority girls at the junior high and high school level, is battling food insecurity for teens at City High School.

“When I’m hungry I don’t pay attention to anything,” G! World member Tasabzieh Hassan ‘17 said. “For kids going through that every day, it would be hard to focus.”

A couple of organizations are working together to establish a discreet food and personal supply pantry for any student in need at City High. G! World produced an informational video last year that gave statistics to raise awareness about teen hunger. Lucia Wagner ‘17 focused on establishing a food pantry for her platform when she ran for senior class president.

“I was inspired to create a food pantry after hearing a conversation among some students who could not afford snacks between classes,” Wagner said. “They were also discussing how difficult it was to obtain items such as socks and tissues; items I know I take for granted.”

Wagner is also hoping to collaborate with a new City project, Tampon Tuesday, to collect women’s sanitary products for the pantry.

“Tampon Tuesday is a great incentive that holds a bake sale or other project once a month to raise money, tampons, and pads for women in need. I have spoken with the members and they are on board with donating a portion of their proceeds directly to students in need at City.”

While a considerable portion of City High students benefit from free and reduced lunch, the pantry will cater to any student in need. The pantry will be a place for students to come after school for a nutritious snack, not an alternate to the meals already provided through the school.

“With so many students that stay for activities and such, having a nutritious snack after school might be a great service to provide to kids,” Bacon said. “Every day that kids need [the food pantry], it’ll be available to them once it’s up and running.”

The food pantry will either be located in the Welcome Center or Ms. Schaeffer’s classroom (1114), but G! World and Student Senate have yet to finalize this decision.

“Ultimately, I hope the pantry is a place where any student who is hungry or needs a personal supply item can receive one,” Wagner said. “I am hoping we can get a larger support base from food organizations around Iowa because Iowa is known for its incredible food distribution.”