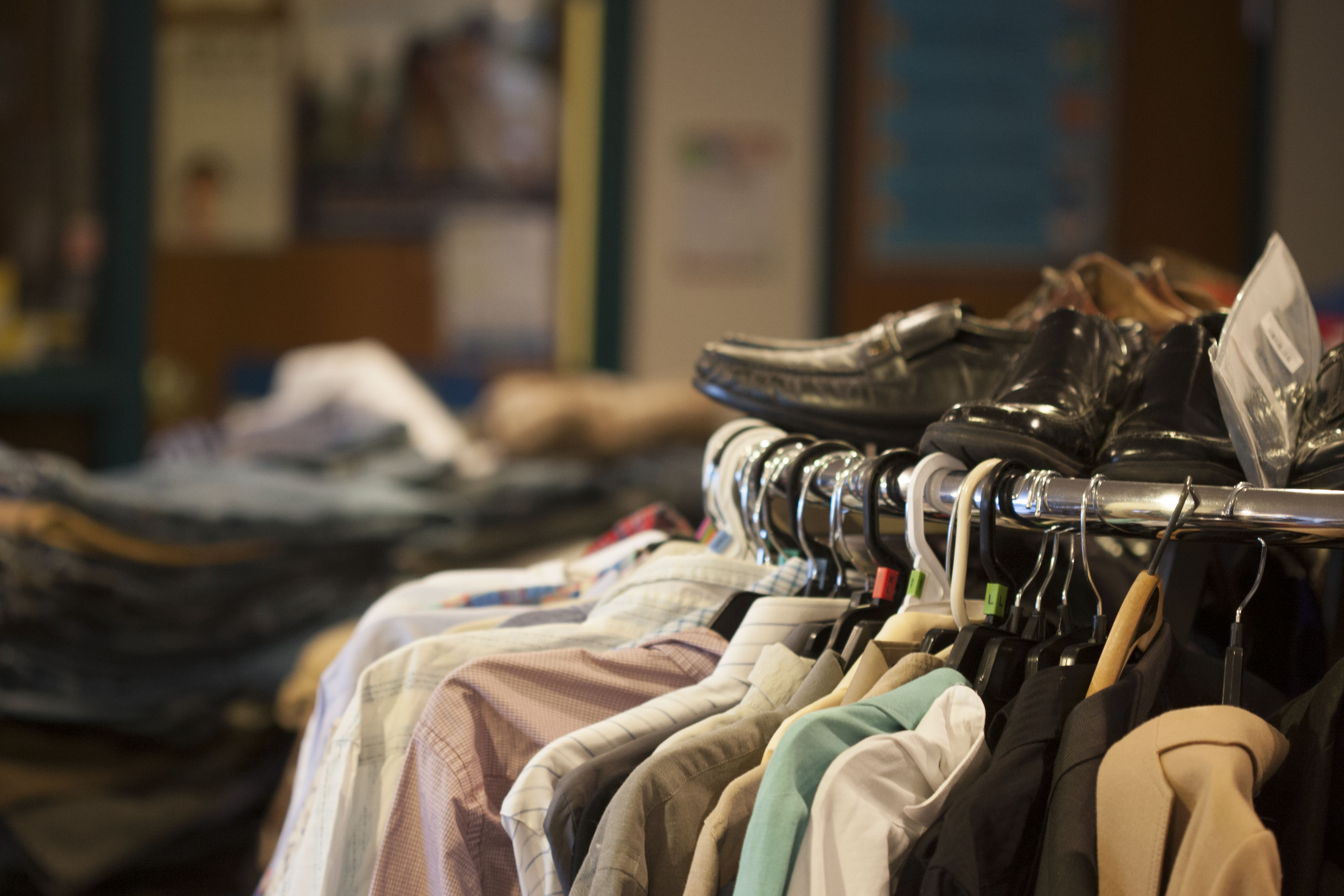 Hundreds of coats filled the UAY center on Iowa Avenue, preparing to make their way to a local teen in need. United Action for Youth’s annual teen clothing drive, which took place on December 6th, also featured hats, gloves, t-shirts, pants, dresses, and accessories for teens or their families to “shop” for.

“I can say for sure that we’ve never had this many clothes before,” Lauren Linahon, UAY’s volunteer coordinator, said. “We even have extra clothes.”

With around 250 coats donated, the clothing drive saw a bigger turnout than years past.
“I’ve heard from a few people that with the climate, how people are feeling these days, they just really want to do some good,” Linahon said. “People want to donate and make sure that people are understanding that we support each other and that we are a community.”

Teens and their parents were allowed to take 15 items from the drive each. Having access to winter apparel like coats can have a big impact on the community, according to Linahon.

“People who come here will come here with just a sweatshirt and it’s like, ‘you should get a coat.’ Then they get a coat, and they come in with a coat everyday,” she said.

UAY is a non-profit that focuses on young people in the community, touching on art classes, emotional health, intervention programs, and hang out spaces. With a location in downtown Iowa City, UAY provides a space for teens to come for a variety of activities and services. Olivia Kellicut ‘17 has been involved with UAY since junior high. Kellicut was among the volunteers at the event.

“I really would love to do anything to help out, especially with UAY,” Kellicut said. “All these clothes go to a nice place, so it’s just a really nice program that offers things to people who may or may not have enough clothes or who just need new ones.”

Along with winter clothing, the drive also featured items such as jewelry, dresses, and heels.
“There was a great story that I didn’t witness, but one of my friends did. She had worked a City High for a while, and she noticed this one person who wore the same outfit a couple times a week,” Linahon said. “They went to the clothing drive, and they came back with a new outfit everyday, and they were just rocking it. Confidence boosted. It gives people an opportunity to express themselves with clothes, to feel pride. They picked these clothes out, not their parents.”

The event attracted several City High students and one alumna. Alex Alva ‘15, who has been coming to UAY for several years, came to support the organization.

“I got introduced to this place, and I’ve been coming here ever since then, even when I started going to City,” Alva said. “It was a just a fun environment, with how nice people are, how greeting and friendly everyone is. It’s almost like a giant family.”

The clothing drive is reflective of Unconditional Positive Regard, or UPR, a mission statement at UAY, according to Kellicut.

“It shows people that there are people that are willing to give and to take the time of day to allow this type of thing to happen,” she said. “UAY is giving their space to have this so that we can become more of a community by helping people come in and socialize with others through getting clothes at this clothing drive.”