The Little Hawk looks at City High student athletes who will be going on to compete at the college level and the challenges and triumphs that come with the process.

Becoming a college athlete is something that many kids dream of. However, it’s a dream that is difficult to achieve.

According to the NCAA, there are over eight million high school athletes in the United States. However, only 480,000 of those athletes go on to play sports in college. This year at City High, a handful of athletes have already announced their plans to go to college to continue their athletic careers. Nate Wieland ‘17 announced in June that he plans to attend Northern Illinois University, a school in the Mid-American Conference, to continue to play football. Alexa Ingram ‘17 announced in August that she plans to go to Drake University in Des Moines to play volleyball. Grace Brown ‘17 is headed to the University of Nebraska-Lincoln to play Big Ten soccer, and Shannon Stamp ‘17 has committed to play volleyball at Concordia University of Chicago. Joe Hoff ‘17 will be playing tennis at Creighton University, a Big East school in Omaha, next year. Finally, Mary Arch ‘17 plans to, but has not yet officially signed to run cross country and track at the University of Iowa. One junior, Ashley Joens, a five star basketball recruit — according to ESPN — has already committed to Iowa State.

The process is not easy. Only the top recruits get noticed early, while others have trouble getting noticed, especially by NCAA Division I schools. This is something that baseball player Brett McCleary ‘17 has experienced. Next year, he says he plans to play junior college baseball to give him more time to develop and to try to get more attention from top programs.

“Going in my dream was always to play at the highest level,” McCleary said. “I have spent a ton of time picking out the right showcases and camps and making videos to send to coaches [in order to help with my recruiting process].”

Shannon Stamp ‘17 has had a slightly different experience than McCleary. Stamp, a Concordia University of Chicago volleyball commit, says the toughest part for her was actually deciding which school to choose.

It was a huge decision but I went with my gut and I think that’s what most people do.”

“The beginning was easy for me, you just have to send out as many emails as you can and see who responds and who has interest in you, but when coaches and schools actually start to recruit you it’s kind of shocking at how many choices you end up having that fit your ‘wants,’” Stamp said. “Eventually you narrow it down, and it was a huge decision but I went with my gut and I think that’s what most people do.”

Other athletes at City High have received attention. Seniors Jordain Buckland, Vance Dillon, and Naeem Smith have all obtained offers from William Penn, a small school in Oskaloosa, Iowa to be apart of its football program.

In addition to athletes struggling to get attention from college programs, some athletes find it hard to attract interest from schools outside of the Midwest. The furthest traveller in this year’s recruiting class is Grace Brown, with a 303 mile commute. Mary Arch ‘17 originally pictured herself competing at Dallas Baptist University or Indiana Wesleyan University, but ultimately decided to run collegiately at the University of Iowa. Upon visiting each school she felt that what Iowa brought to the table would be a better fit for her.

In addition to the process, once they get there, student-athletes have to live a life always in the spotlight. In many ways, they represent their schools to the general public in a way that other students can’t. This is something that Steve Roe, Director of Athletic Communications at the University of Iowa, emphasizes.

We constantly remind our student-athletes that the camera is on 24/7, and they have to be aware of that.”

— Steve Roe, Director of Athletic Communications at the University of Iowa

“In today’s world of social media and such, we constantly remind our student-athletes that the camera is on 24/7, and they have to be aware of that,” Roe said.  On the other hand, we have a lot of great examples of student-athletes who are recognized for their academics and community service, so we try to balance both sides,”

Through the struggles of college recruitment, numerous City athletes have excelled at the high school level, and have committed to continue their sport on a bigger stage.

Click on the pictures below to read more about the athletes: 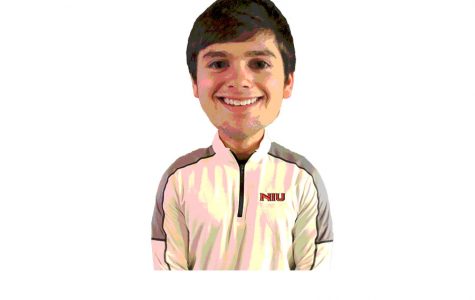 Nate Wieland ‘17 has been City’s starting quarterback for the past three seasons. The NIU commit says he first started considering playing college football during his first year starting at quarterback on varsity during his sophomore season. “Ever since I started playing, I really just had a true love for the game, and that’s carried on throughout the years,” Wieland said on the idea ... 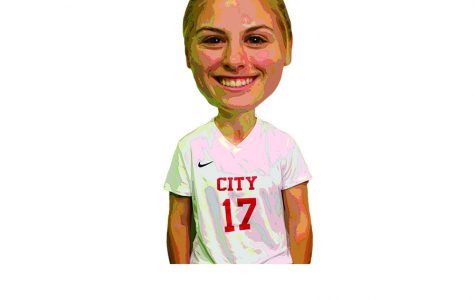 Grace Brown has been playing soccer since before she could even write her name. Ever since the very beginning of her career she has pictured herself playing in college. Brown has decided to live out her childhood dream in a bright red Nebraska uniform. “I visited Iowa, Creighton, and Drake. I was seriously considering going to Drake, but I knew I wanted to push myself the hardest possible. Neb... 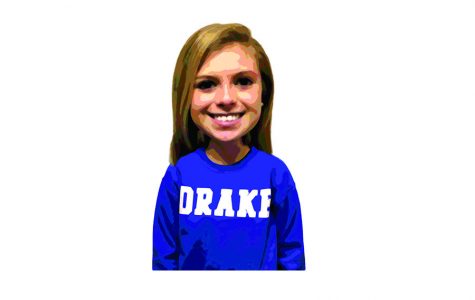 Alexa Ingram has been playing varsity volleyball for the Little Hawks since her freshman year but says that she never seriously considered playing volleyball collegiately until her junior year. Ingram says she ultimately chose the bulldogs because of the school’s close proximity and the level of interest they showed in her. “Several other out-of-state schools showed interest in me, but I ruled them out... 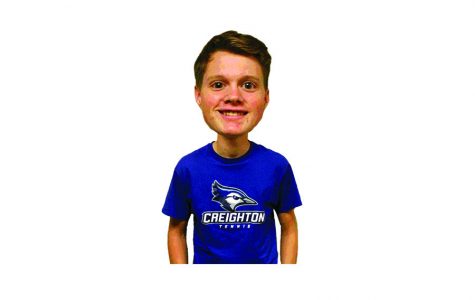 Joe Hoff has played tennis since he was around seven years old. Hoff first began contemplating the idea of playing tennis at the college level has been something during his freshman year. Prior to that, Hoff played baseball, soccer, and basketball. Hoff felt that he had to quit those to focus more on tennis with playing tennis collegiately as the ultimate goal. In order to help prepare himself for the col...