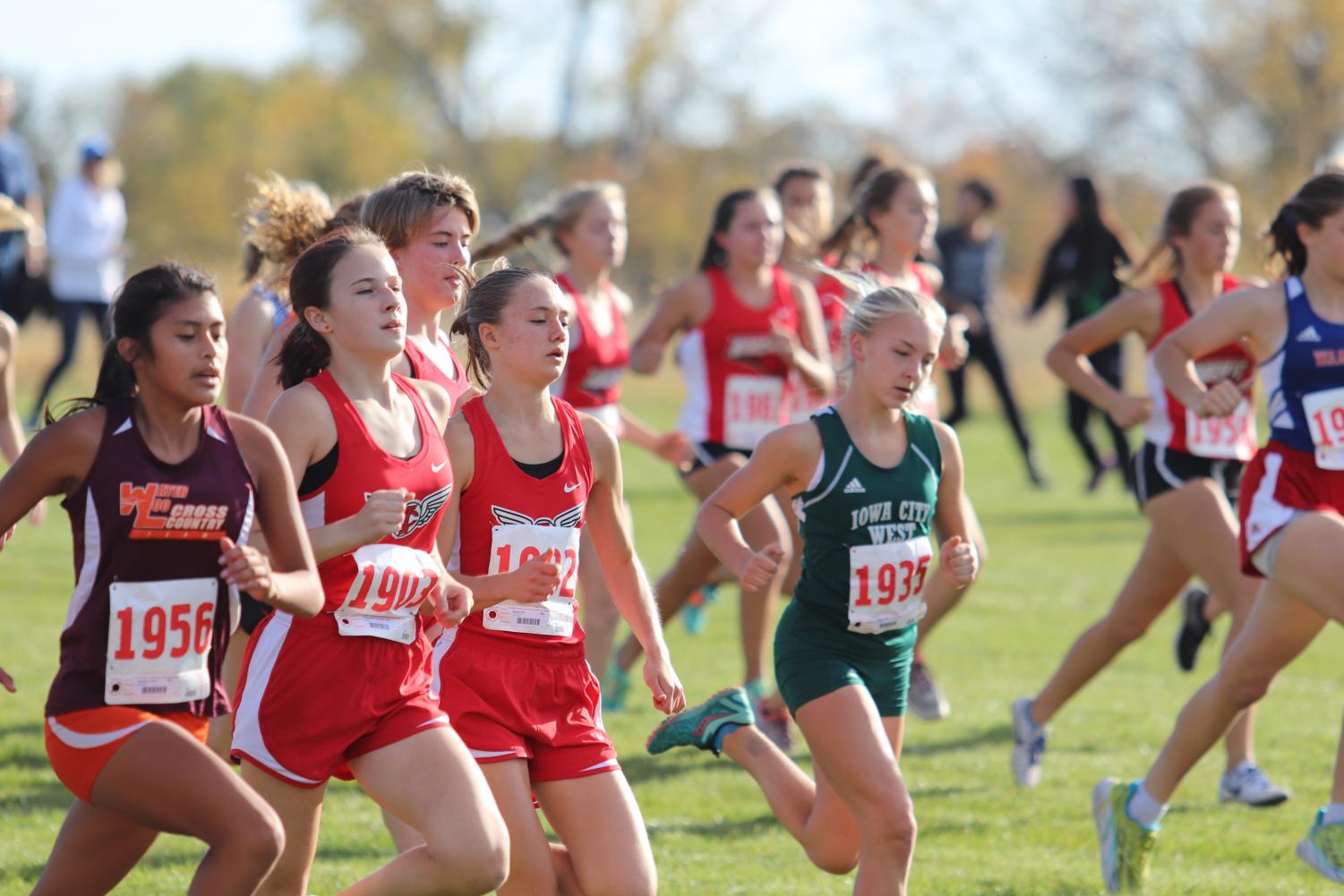 Little Hawk runners react to the starting gun at the District Meet.

Continuing the State-Qualifying Streak to 30 Years in a Row 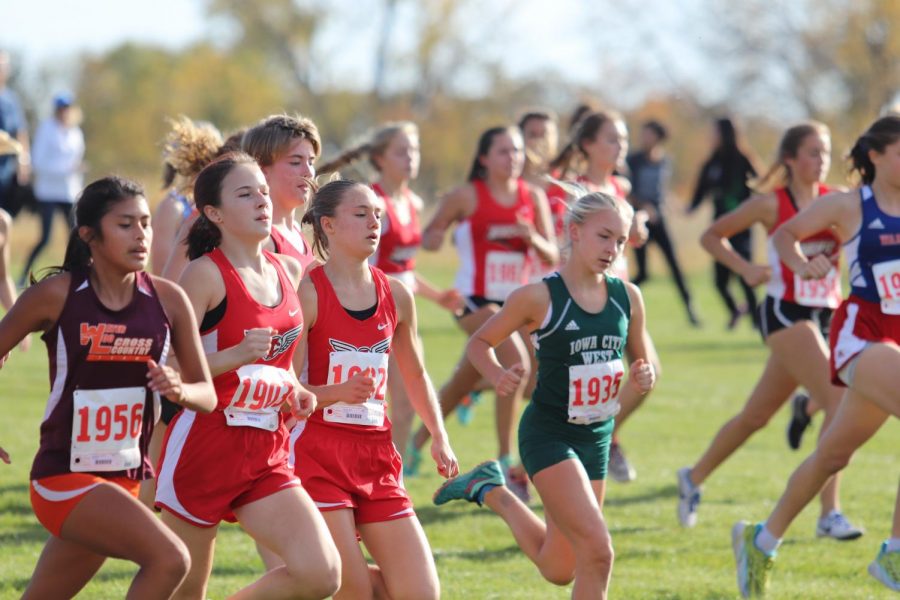 The last time the City High Girls Cross-Country team failed to qualify for the State meet was in 1987. 30 years later, the tradition continues since the Girls team placed third at the District Meet that they hosted at Iowa’s Ashton Cross-Country Course.

The previously #8 ranked boys team had a little bit of a struggle with a couple of their  key members of the team unable to compete. Robbie Strang ‘18 was out with a stress fracture, Jonathan Brown ‘19 was sick, and Caden Turnbough ‘20 ran with a stress fracture. Although the boys team placed fifth and fell a few spots short of qualifying for the State Meet, Quenton Max ‘18 placed eleventh and qualified as an individual.

“I accomplished my goal of [placing in the] top fifteen,” Max said.

CR Prairie won the boys title with 41 points, West High came in second with 68 and CR Washington was 3rd with 72. The top three teams from each district will advance to the State meet.

The girls team, on the flip side, placed third and will be going to state. Amelia Morrow ‘19 led the charge to the team’s third place finish. Head coach Ryan Ahlers believes that his team’s before-hand plan ended up making the difference.

“As a coaching staff we formulated a plan to get [the girls’ nerves] a little bit under control. They executed it and then second and third mile is just all heart.”

The state meet will be held in Fort Dodge on October 28th.