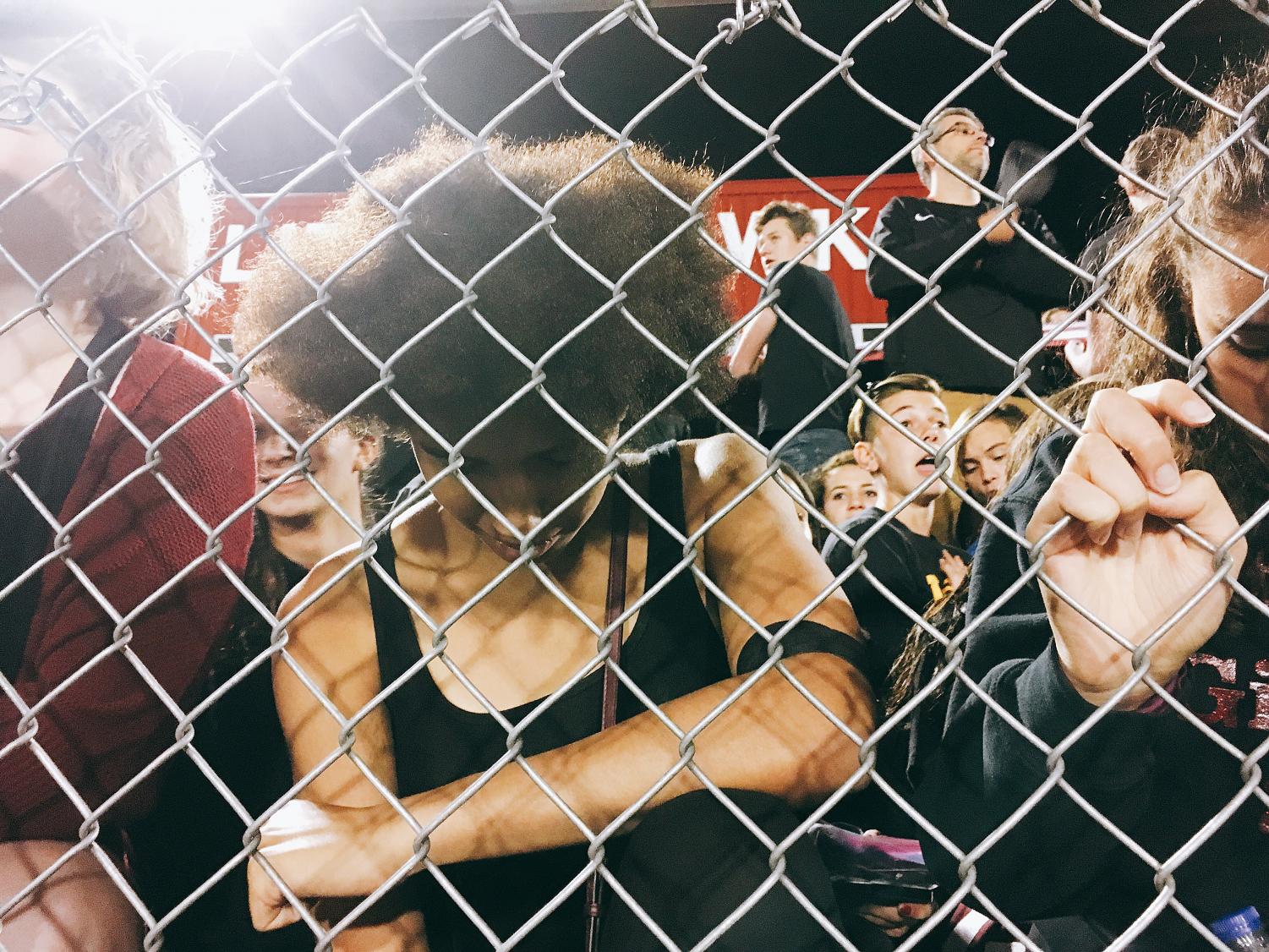 To Take a Knee: The Dividing Decision

Students who knelt or displayed the American flag during the National Anthem let their voices be heard.

In the electrically charged student section, a voice rings through the speakers: “All rise for the national anthem.”  The majority of students lift themselves from the bleachers.  A small cluster near the front of the pack kneels solemnly, heads ducked, silent — the group of students behind them unfurls a 20-foot flag as they begin to sing.

The movement which originated at an NFL game in August one year ago has made its way across the country and now landed at home.  At the varsity football game on September 29th, City High students Amelia Morrow, Mary Liebig, Bihotza James, and Kawther Rouabhi organized students to kneel during the national anthem — a protest for the Black Lives Matter movement to vouch against police brutality and systemic oppression.

“I am not going to stand up to show pride in a flag for a country that oppresses black people and people of color,” Colin Kaepernick, the professional football player who began the protests, told the NFL media in August. “To me, this is bigger than football and it would be selfish on my part to look the other way. There are bodies in the street and people getting paid leave and getting away with murder.”

But most have found kneeling to be disrespectful to troops, veterans, and the country itself.  Counter-protesting has risen from directly at City High all the way to the President and Vice President themselves.  President Trump has frequently used Twitter as a platform to demote the protests and has encouraged boycotting the NFL.

On September 25th, President Trump tweeted, “The issue of kneeling has nothing to do with race.  It is about respect for our Country, Flag, and National Anthem. NFL must respect this!”

When the protesting found its way into the City High community, tensions rose, opinions flourished, and the differences in views created a gouge quite deep between the two sides.

“I think it became such a large event due to the large amount of diversity we have,” Katie Sheehan ‘18 said. “Our students come from a variety of backgrounds, causing them to hold an array of different beliefs.  This causes students to develop individual opinions that may vary greatly to someone sitting in the desk next to them.”

Many students, including those who brought the flag to the game, are against the protests, believing kneeling is disrespectful.

“Why do I not want to kneel? Because I respect our country and the people who have fought for the flag,” Tanner Slauson ‘18 said. “It’s the national anthem, everybody stands for the national anthem, we always have. I just find it disrespectful towards the troops and all that, and towards our country. I think it’s a negative way to attract attention to the Black Lives Matter movement. They try to do it to get good attention, but it’s not.”

But many students believe kneeling is the right thing to do and continue to speak out on their views.

A high school in Iowa is by no means exempt from the aftershocks of a nationwide movement.  When the issue arrives directly at one’s doorstep, it may help to step back and take a wider look at what happened. 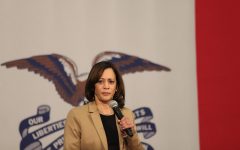 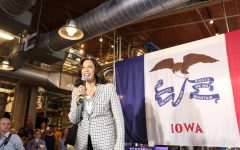 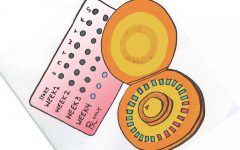 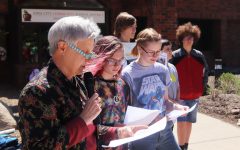 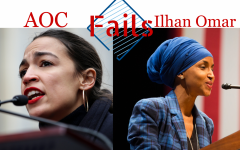