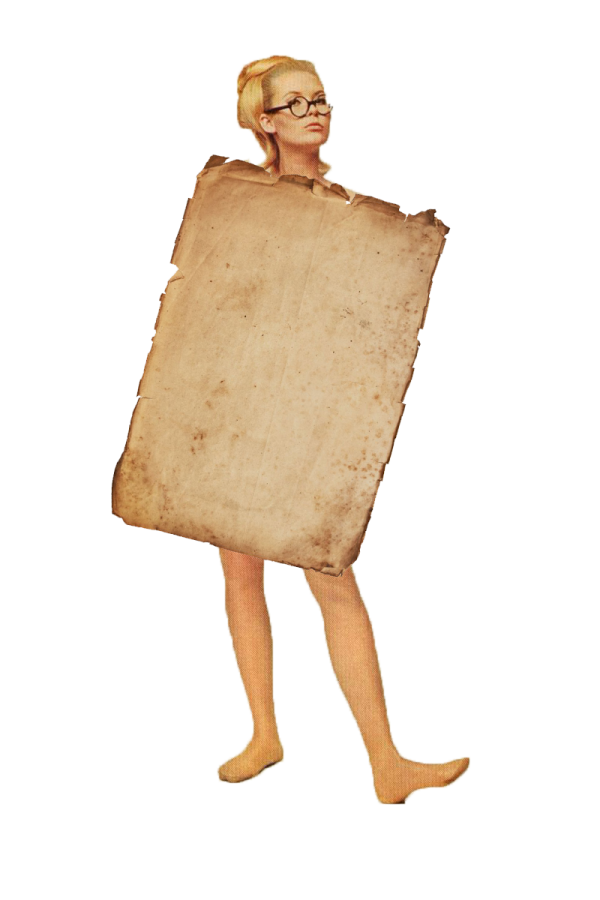 While the hashtag #MeToo is trending globally to raise awareness about sexual assault, Iowa City has been experiencing its own reawakening to the issue. Following the release of a list ranking young women by letter grades at West High School, high school students across the district have been prompted to talk about how sexual harassment and assault impacts them every day.

A recent local study conducted by two City High juniors shows that 96.8% of those surveyed believe that sexual harassment and assault is a prevalent issue in our society. This statistic, as well as one that shows 73.6% of responders know someone who has been sexually harassed or abused and 38.5% have experienced harassment or abuse themselves, has raised the question of why the topic of sexual harassment and abuse isn’t talked about in schools.

“There is such a lack of respect in high school students,” said Lauren Upchurch ‘19, one of the women whose name appeared on the list at West. “I feel like [sexual harassment] is one of those things that people feel too uncomfortable to talk about and it isn’t taken seriously by high school students.”

Upchurch has been objectified and victimized by numerous lists of the same nature in the past.

“I was angry, not at the fact that my name was on it, but because other girls’ names were,” Upchurch said. “This list contained more than 80 girls and it sickened me knowing there are girls on there that were feeling how I used to feel every time this stuff happened and that pushed me to stand up and do what I can for the cause.”

Sexual harassment is more common on high school campuses than is often expected. According to RAINN, an organization for providing support and information on sexual violence, 44 percent of sexual assaults happen before college, and one in five girls reported that they have been assaulted on their school campuses.

We would make sure that [a sexual assault allegation] was handled with the utmost detail and attention. The school district provides us with guidelines for how to address situations like this, and consequences could range from a couple days’ suspension to expulsion.”

“I was assaulted on school grounds,” said Sam*. “I spent the next six months trying to forget what had happened, suppressing all thoughts and feelings. It’s something so horrible that you don’t know how to deal with it and so you just put it aside.”

Sam is currently a junior at City High, although her attack occurred prior to her transferring to City.

In a 2013 study done by the Jama Network, one in ten people between the ages of 14-21 has already committed an act of sexual violence. Although all teachers are mandatory reporters, the process that occurs after is led by the school’s administration. According to John Bacon, City’s principal, a sexual assault allegation would be reported to the police and the victim would be told to report it.

“We would make sure that [a sexual assault allegation] was handled with the utmost detail and attention,” Bacon said. “The school district provides us with guidelines for how to address situations like this, and consequences could range from a couple days’ suspension to expulsion.”

However, this was not Sam’s experience at the school where she was assaulted.

“I believe that the school probably called him in and they went with his story,” Sam said. “Less work for them if he claims that he didn’t do it.”

After Sam’s assault occurred, she reported the incident to that school’s administration. She felt the administration’s shortcomings showed her that if the school wasn’t going to help them, she would help themselves.

“I feel like they failed me. In fact, I actually have a class with my attacker,” she said. “I walked in the first day and thought I was going to pass out; I stayed in the class, though, I couldn’t let a sh**** school system and a sh**** person stop my education. Sitting in class with my attacker these days sucks but I’ve learn[ed] to block him out and look like [a] strong, independent hard-working woman.”

Sam decided against reporting her attack to the local authorities, but has found solace in support groups.

“I’m not the first girl at the school that this guy has attacked so I feel like I have to be strong for all the other girls as well,” she said.

I’m not the first girl at the school that this guy has attacked so I feel like I have to be strong for all the other girls as well,”

The University of Iowa’s Rape Victims Advocacy Program provides a confidential, free, trauma-informed services for anyone impacted by sexual violence. They also provide a number of educational and prevention programs in hopes of spreading awareness and ending sexual violence.

In the case of the list at West High, the students that created it were punished with a two day suspension, but in many cases the perpetrators are not disciplined. Al Jazeera America reported that one in 20 high school girls who have been victims of sexual harassment on campuses switched schools due to the harassment and/or abuse.

“I went to the school a week after it had happened they had me write down the name of the student who attacked me but didn’t ever follow up with. I continued to see him around school walking free,” Sam said. “There was never really a formal procedure that they went by, it almost seemed as they didn’t really know what to do. Everyone was really nice but no one really helped. I continued to feel alone; I had no support team.”

When students of the Iowa City Community School District became more aware of the sexual harassment present in the district, some decided to take action. Lucy Polyak ‘19 took this opportunity to create a way to empower young women. #EveryonesAnA first appeared on twitter hours after the news of the list broke and continued to inspire other students to encourage unity, inclusiveness, and appreciate all forms of beauty. The hashtag also reached past just the demographic of high school students to college students and adults across the community.

“I saw a lot of people were upset, and of course you’re allowed to do that, but I wanted to help, I wanted to know how I could help,” said Polyak. “I was like, ‘You know what, I’m just gonna put this out there, and see if anybody likes it and if they wanna do it themselves.’”

Polyak went on to say that she was surprised by the success of the hashtag, which extended well beyond her usual circle of friends.

“Suddenly it turned into girls I have looked up to for years and who I hardly have talked to using it, teachers were using it, my mom’s friends were using it,” she said. “I feel like women who support other women are the best kind of women. And if you don’t stand up for other women in times of crisis like this, what are you doing?”

One Response to “Making the Cut”