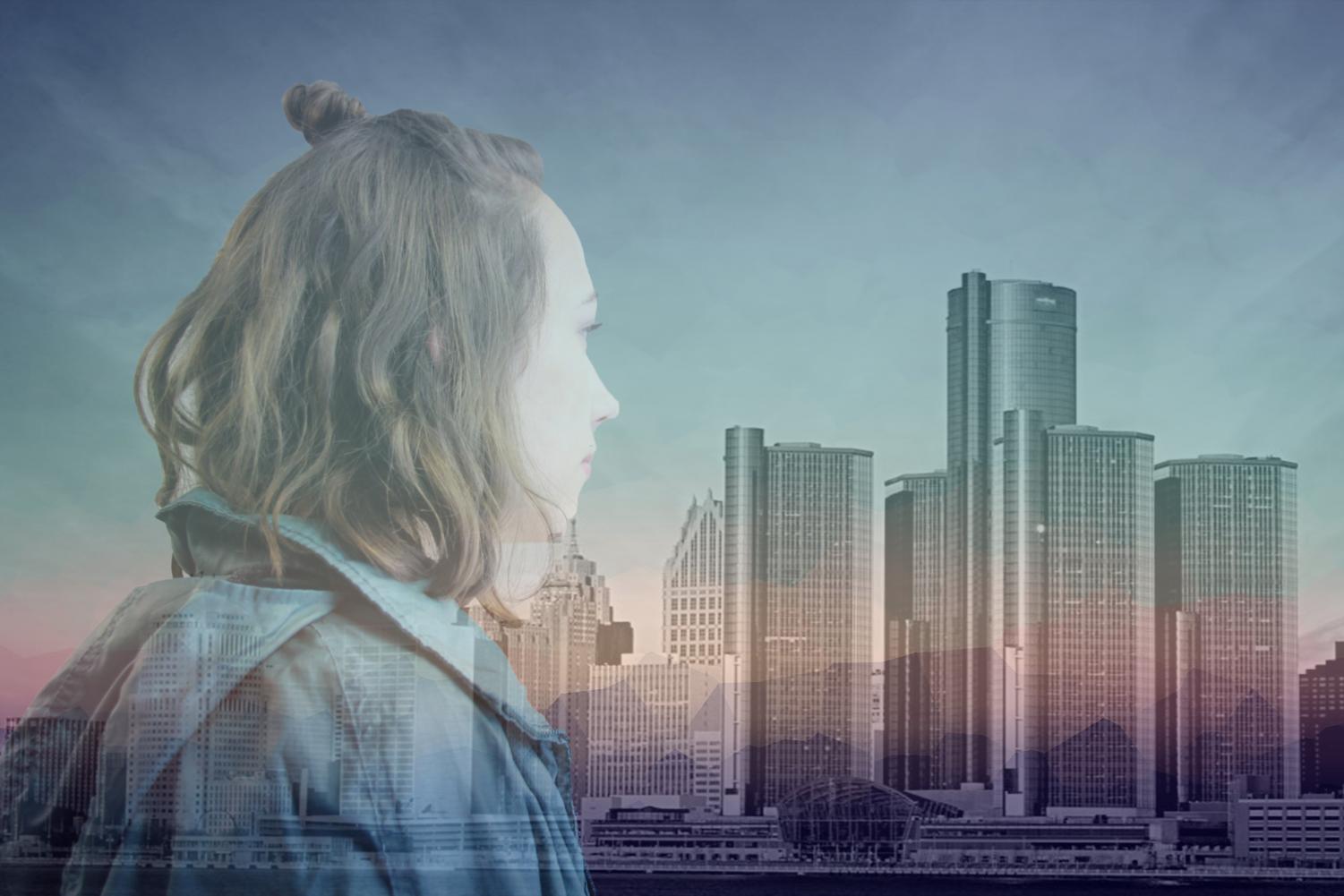 Welcome to the Future

Technological innovations in our own backyard

Over the last century, technology has slowly encroached into every aspect of our lives. It’s in our pockets, on our wrists, and we encounter it everywhere we go.

Audrey Friestad ‘18 has grown up in the age of technology, and has seen drastic changes in various products throughout her lifetime.

“The thing that stood out the most to me is the media, especially videos,” Friestad said. “I remember when I was younger, whenever I would want to watch a movie, my mom would put in a VCR tape and now it’s like, all DVDs. And not even that, now it’s just online like on Netflix or stuff like that.”

Besides rapid changes that have affected how we consume media, there are many other large scale technological innovations, some happening right here in the Iowa City area, including the Virtual Soldier Project, the National Driving Simulator, and robot-assisted surgery.

An independent research group at the University of Iowa started the Virtual Soldier Project. They created Santos, a virtual human who stands at the center of digital human modeling and simulation research.

“Our mission is to deliver high-fidelity, biomechanically and physiologically accurate human simulation environments to enable validated modeling and simulation of human activities to assist in engineering, ergonomic analysis, human performance analysis, human systems integration, and training,” Karim Abdel-Malek, Professor of Biomedical Engineering and a principal investigator on the project, said.

“Our high-fidelity, biomechanically accurate musculoskeletal model was developed from the inside out by our team of biomedical engineers, and incorporates 215 degrees of freedom, including hands, feet, and eyes. The dimensions of the skeleton are mutable, able to represent any anthropometric cross section,” Abdel-Malek said. “In addition, Santos includes a muscular system with the ability to predict muscle activation and muscle force in real time, using a novel optimization-based methodology.

The most difficult part of designing this simulator was enabling the model to learn and grow, and integrating the many disciplines needed to achieve our goals”

Over time, the Santos family has grown to incorporate a variety of different body scans to provide a range of models including a female version, Sophia.

“Our research is currently being extended to allow multiple digital human models to interact with each other to complete tasks cooperatively. Research also continues to grow in its dynamic capabilities, through the integration of artificial intelligence, design optimization, physics-based modeling, and advanced, multi-scale physiological models,” Abdel-Malek said.

Mathematically, the model for the Santos skeleton was developed based on kinematic and dynamic analyses. Optimization was used to determine postures and motions that were governed by various human performance measures and constrained by the restrictions imposed by the skeleton, the laws of physics, and the environment.

“The software must be as fast and efficient as possible in an effort to provide real-time simulations. I originally conducted research in robotics, developing mathematical models to enable robot manipulators to predict their motion, posture, and dynamics. The same methods, when applied to human models, were found to enable the prediction of human motion,” Abdel-Malek said. “The most difficult part of designing this simulator was enabling the model to learn and grow, and integrating the many disciplines needed to achieve our goals.”

A standout moment Abdel-Malek had while working on this project was the delivery of the GruntSim program to the US Marines. The software creates human models that are representative of Marines, examining the result of biomechanical stresses on every joint in their bodies. This technology aims to predict when Marines will be hurt, and what types of exercises they should to do avoid injuries.

The National Advanced Driving Simulator is a transportation and safety research center in the College of Engineering at the University of Iowa. Researchers such as Deputy Director Omar Ahmed provide data to sponsors that fund research from both the government and industry. The facility is home to the one of the world’s most advanced driving simulators, as well as a fleet of vehicles that are partially automated.

Ahmed has been with the National Advanced Driving Simulator since its inception and even wrote part of the original code.

“This year, we are celebrating our 20th anniversary. The program was conceptualized at the University of Iowa in the early 90s. We started building the facility and the simulator in 1998 and we officially opened for business in 2001,” Ahmed said.

One reason for the near-decade between concept and creation, Ahmed said, was the daunting novelty of the undertaking.

“The most difficult part was daring to dream big and think about doing something that had never been done before. Making the dream a reality required a lot of help from people all over the state of Iowa, the country, and the world,” Ahmed said. “We competed against a lot of states to be the host site for the simulator. Once we won that competition, we worked with a consortium of companies to build the simulator.” 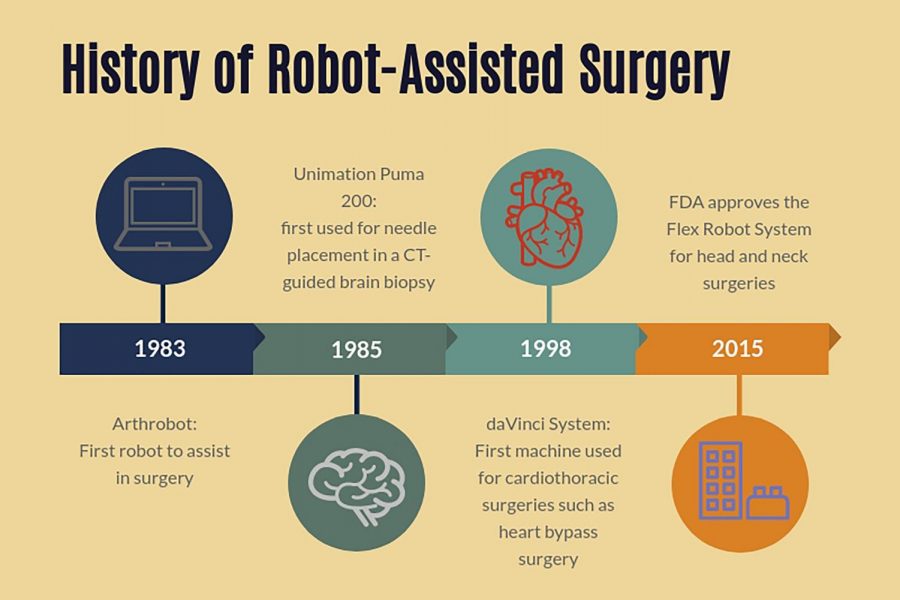 Another innovation that continues to improve is robot-assisted surgery.

Dr. Chad Tracy is a urologist and the Director of Minimally Invasive Surgery and Kidney Stone Treatment at the University of Iowa. Although Tracy did not have a clear role in creating or designing this technology, he works with robotics to perform surgeries like prostatectomies, and treat kidney and bladder cancer. He believes that mimicking the human hand was one of the most difficult parts of the design process.

“Robot-assisted surgery was developed for use in the military for remote surgery, but is not used to any extent for that purpose at this time,” Tracy said. “Hopefully in the future, video enhancements and augmented reality will actually make using the robot better than human eyes and hands can do on their own. We also hope to include enhanced imaging that will allow us to see the blood supply and cancer cells in real time during the surgery. Miniaturization of instruments will allow us to use smaller and smaller incisions and may even let us do surgery through one incision. Our goal is to decrease the morbidity of surgery and improve outcomes. We need to be able to do everything and more with the robotic instrument that we would be able to do with our own hands.”

Tracy said that the technology that goes into robotic-assisted surgery has taken leaps and bounds over a short period of time.

“The evolution of the technology even during my relatively short career has been amazing, as it has spread to multiple disease processes and expanded opportunities for helping patients,” Tracy said. “Every week we perform surgeries that previously would have had more complications, longer recovery, and worse scarring.”

There is a constant debate as to how much technology is too much. In some cases, technology may detract from the quality of human communication or have a detrimental impact on certain segments of the economy. However, technology can also make us more productive and can even save lives.