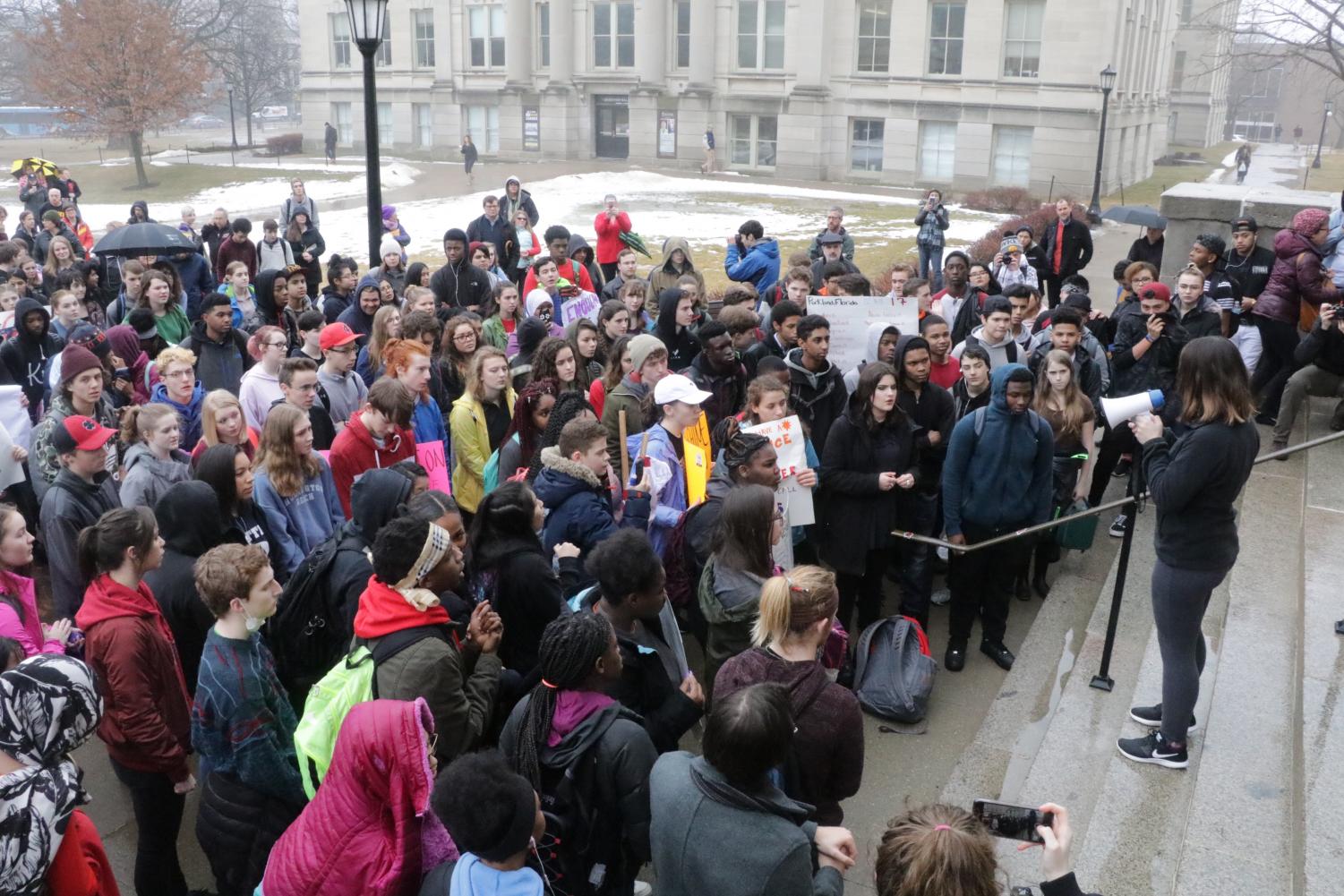 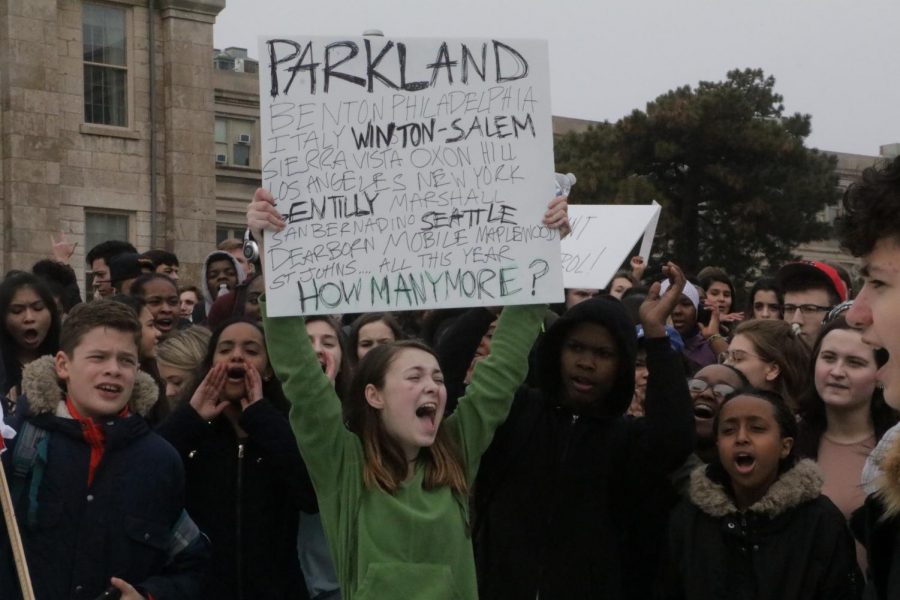 Gallery|10 Photos
Lindy Rublaitus
Zoe Butler '19 holds her protest sign questioning how many more in front of the Old Capitol.

We’re here for a movement, not a moment.”

It does not surprise me that City High students are working together in a peaceful, respectful manner to try to do what they believe is right.”