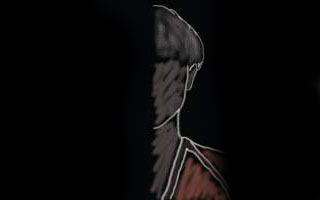 How Columbine inspired a generation of mass shooters

“I ’m ecstatic for April 19th,” Joshua O’Connor allegedly wrote in a private journal. The reason: On April 19th, 2018, O’Conner, an 18-year-old, planned on massacring his classmates at ACES High School in Everett, Washington.

April 20th, the day after O’Connor planned to shoot up the school, will be the 19th anniversary of the shooting at Columbine. 19 years ago, Eric Harris and Dylan Klebold killed 15 of their classmates in a brutal attack. Harris and Klebold’s act was one of revenge and anger over years of bullying and perceived social ostracization. Their vengefulness inspired O’Connor, who chose both the date and the weapon for the attack, a carbine rifle, to pay homage.

O’Connor allegedly hoped to outdo Harris and Klebold, wanting the “largest fatality number.” However, on February 13th, before he could complete the attack, he was arrested. His grandmother found his journal and his semi-automatic and reported him to the police. His arrest came one day before the shooting at Parkland.

Although he was unsuccessful, O’Connor joins a long list of both aspiring and actual school shooters inspired by the Columbine attack. Between 1999 and 2014, at least 17 attacks and 36 alleged plots can be tied to the massacre. The inspired attackers include Sandy Hook shooter Adam Lanza, who owned a complete copy of the Columbine investigation, and Virginia Tech shooter Seung-Hui Cho, who wrote in a paper for English class that he wanted to repeat Columbine. These shooter and plotters often use admiring terms for Harris and Klebold, referring to them as “idols” or “heroes.” They relate to the pair, and often cite the same feeling of ostracization as their motive.

The fascination with the pair extends even into the general public, where every school shooting brings Columbine back into the headlines. Books and movies are made for mass consumption, and in turn inspire more copycats. The film “Bowling for Columbine” inspired at least two aspiring shooters alone.

The digital age has only fueled fascination with Harris and Klebold. In 2005, Danny Ledonne released a Columbine-inspired video game, Super Columbine Massacre RPG! In the free online game, players can play as either Harris or Klebold as they act out the shooting. Although Ledonne defends the game as a criticism of the media’s obsessive portrayal of Columbine, he admits that he was inspired to create it in part because of his own history of being bullied. The game has been played and studied by at least two inspired plotters, as well as Jose Reyes, who killed both a teacher and himself in an attack on Sparks Middle School in 2013.

On websites like Tumblr, entire blogs are dedicating to Harris and Klebold, creating fanart and writing about their affection and admiration for the pair. These “Columbiners” often post about their own social struggles and bullying experiences. Harris and Klebold are not the only shooters with a fan base, however. Parkland shooter Nikolas Cruz has received hundreds of letters in jail, ranging from pen-pal requests to intimate photos of the girls sending the mail.

Nineteen-year-old James Gamble was killed after the police foiled a shooting plot he helped plan. Gamble was deeply involved in the Columbine subculture on Tumblr. However, in an interview with Vice News, one anonymous blogger maintained that the vast majority of “Columbiners” aren’t dangerous. Rather, she argues that these blogs can actually provide support for those dealing with mental illness by connecting them with other people who are going through the same struggle and who found the same solace in Columbine.

“When I first read some pages of Dylan Klebold’s journal, I realized he was going through a lot of things that I was going through,” she said. “It almost made me forget that this was written by a future mass murderer.”