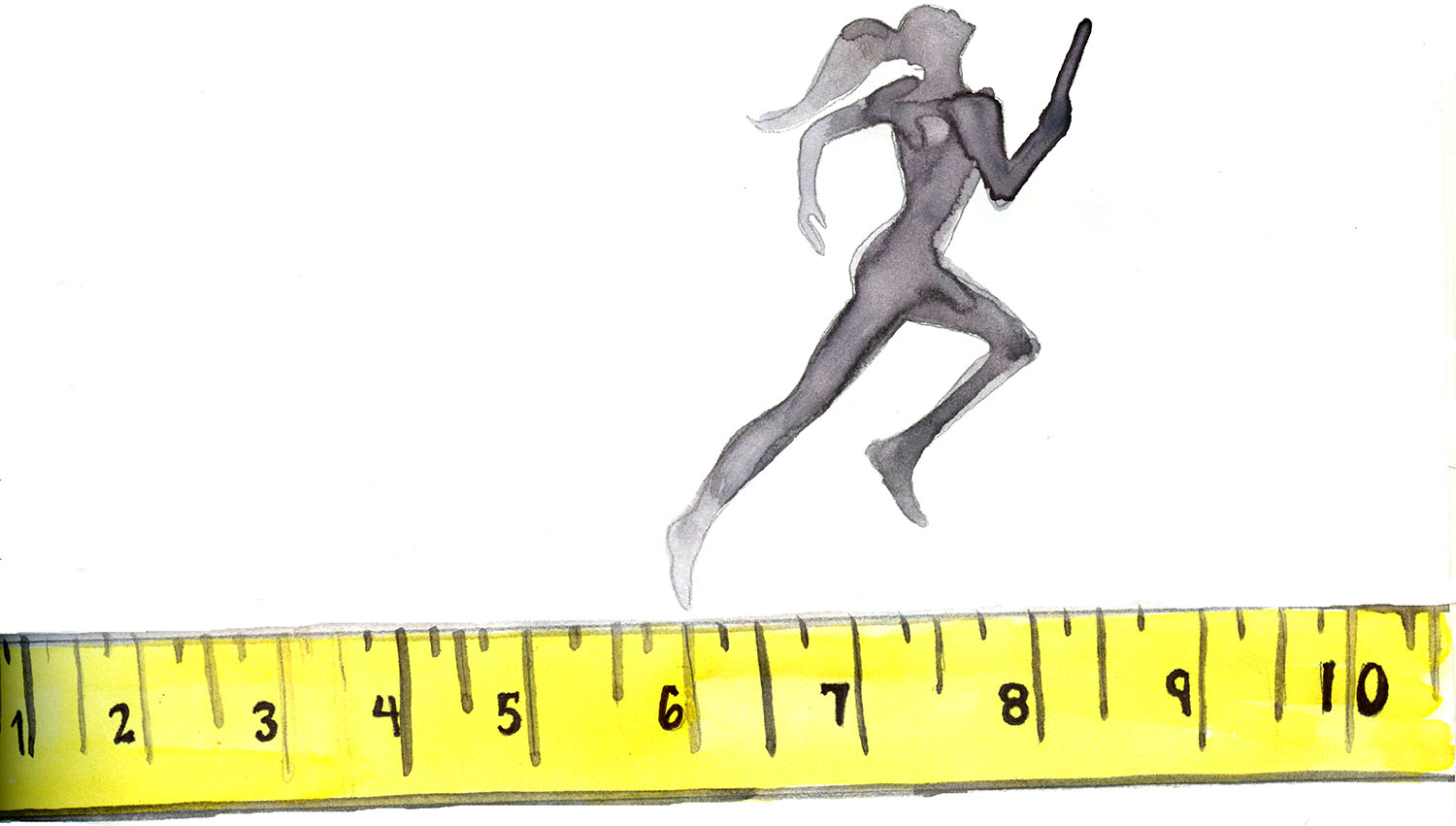 The observable inequality of the sexes in track

What would happen if girls ran the same distance as the boys in track and field? Well, first off, our uteri would stop functioning due to the extreme activity levels of running 1800m less than we do in the fall season of cross-country, leaving us pitiful, useless beings. Secondly, it would throw our fragile hormone balances out of whack, causing us all to get mood swings simultaneously and making it nearly impossible for our male coaches to control us. Lastly, those things would absolutely not happen because they’re

Very few states in the U.S. share Iowa’s sexist standards of high school track distances being significantly less for girls than for boys.”

I’m not saying that those are the arguments made against making girls’ track distances equal to boys’. Those arguments are typically the fears of participation rates decreasing, the claim that girls’ and boys’ times will no longer be comparable, and noting that the physiology of the sexes are not the same, therefore the distances need to be different in order to keep the aerobic loads equitable. However, when the cross-country distance changed from 4K to 5K for girls in Iowa, the participation rates continued on their upward trajectory. No one compares girls’ times to boys’ times (this is a subtle hint for the boys who ask for a girl’s time for the sole purpose of making themselves feel better to please stop). The physiology argument doesn’t hold either because of the numerous other sports and distances within track that are equal.

By comparing all 50 states in the U.S., it appears that those arguments have been brushed aside by reason and logic. Very few states in the U.S. share Iowa’s sexist standards of high school track distances being significantly less for girls than for boys.

The vast majority of states in the U.S. allow both the high school girls and boys to run 1600m and 3200m, but the boys run 110m hurdles, whereas girls run 100m hurdles. The height of the hurdles are also higher for the boys, but this is because the average height of boys is significantly taller than the average height of girls. However, Alaska has made every distance the same, including both the girls and boys running 110m hurdles. In Hawaii, girls run the same distances as boys in everything except the hurdles, with both girls and boys running 1500m and 3000m–the same as the collegiate distances. In Iowa, in addition to the hurdle distances being different, boys run 1600m and 3200m, as is done in many other states, but the girls’ distances are cut to 1500m and 3000m.

I do recognize that this matter is very insignificant and there’s almost no point in even discussing it, because of 100m, 200m less than boys in your high school sport? Big whoop. There are bigger, much more important issues in this world that need solving. But I’m aware of this. That’s why it just doesn’t make any sense not to change it. It shouldn’t be a big deal, nor should it be controversial at all. Just three years ago, the state of Iowa changed the girls’ cross-country distance from 4K to 5K to be equal with the boys, which shows that changes like these are certainly possible. Not only are they possible, but they are necessary. The symbolism of not allowing girls to push themselves as far as boys do is too clear to be ignored.

As a feminist and as a runner, this issue has always bothered me. Not because it will improve my athletic performance or have a large impact on the sport at all, but because it reflects poorly on our state. It appears as if we’re behind on this national movement towards equality of all genders. It also feels aggravating as a girl runner experiencing it. I know that we can race longer than we do. We run longer than either distance (1500m or 3000m) nearly every day of the year, but because of the fear of change, or perhaps simply because of the lazy acceptance of the status quo, we have not been allowed to prove ourselves and how capable we are to compete alongside boys’ distances.