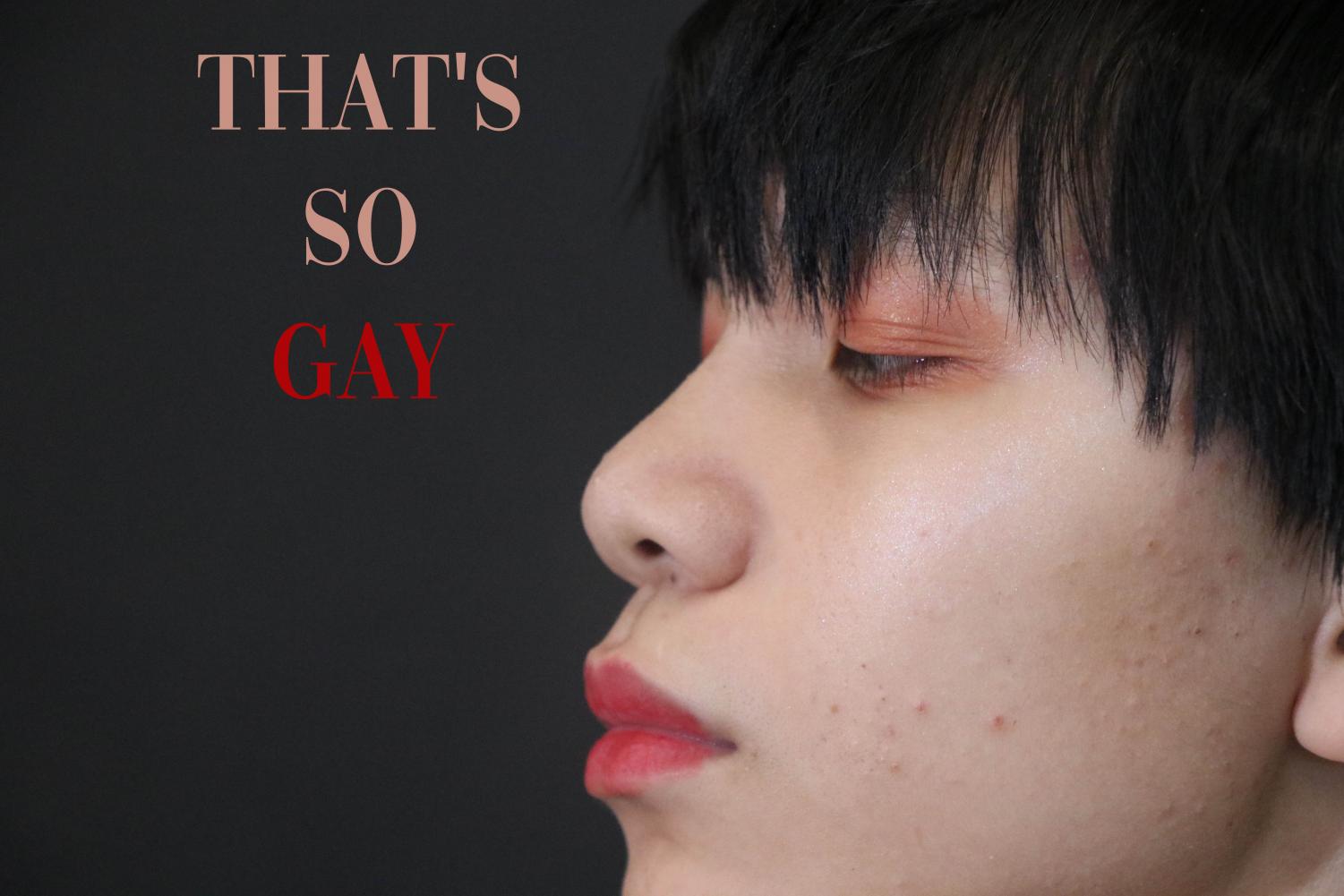 Less than 10 years ago, Iowa became the third state to legalize gay marriage. In 2015, gay marriage was legalized throughout the U.S. Students at City High grew up in a radically different world than their parents, knowing what the letters LGBTQIA stood for far more often than the generations preceding them. Every teen has their own unique attitude toward societal change, but when it comes to sexuality in high school, is there a group mentality?

Sally shows her friends the buttons she made over the weekend. They celebrate gay icons, with plastic crinkles toward the edges. Most are pinned on the front of her backpack, with one on the inside: a half-inch button that reads BI, with a pride flag in the background. The button stays tucked inside the bag’s front pocket. What at City High makes Sally uncomfortable putting her sexuality out there?

“A lot of times when I hear people say things are ‘gay’ and they’re insulting it. [They say it] because they’ve grown up saying it,” said Owen Jones ‘19. “I don’t know if it would be homophobic…I think it is but most people don’t mean it. [Calling things ‘gay’] is still wrong but I think that they say it because they hear their friends saying it. They would [call things ‘gay’] growing up because it’s considered cool to say that.”

Jones said he himself has called things “gay” previously, due to the reasons he stated. He added that as he grew up he started to realize how his habit might affect others. Jones thinks that labelling things as “gay” insults the LGBT population and could possibly make students uncomfortable with coming out.

Yasmine Martin ‘19, a member of the LGBT community, agrees.

“I’ve heard somebody call someone ‘gay’ and stuff like that,” Martin said. “It makes me feel angry because I am bisexual, so when people make fun of gays, bisexuals, or anything like that it makes me upset.”

“I’ve heard it a lot, and it’s 2018, bro. Calling an action or something somebody does ‘gay,’ even if you don’t mean it to be negative, is basically saying, ‘Oh, that’s bad,’ or, ‘That’s disgusting,’ something like that. Which it shouldn’t be; two people loving each other is nobody else’s business besides them if everything is consensual and good,” said Abdalla ‘19. “Just mind your business and leave people alone, it’s that simple.”

Not all students have the same take on how students use this saying, though. Olivier Shabani ‘19 would be happy if someone called something of his “gay.” Shabani also thinks that students don’t intend to insult things when they call them “gay.”

“Most mean it jokingly, just saying it to have fun. No one has ever used it in a serious way. [Students call things ‘gay’ because] people here are really judgmental,” Shabani said. “[Those who label things as ‘gay’ or say ‘no homo’] try to watch what they say because every other thing you say might come back to you in the future. You try to make sure it doesn’t come back to you.”

Tony Balcaen, the French teacher at City High, has seen the number of students calling things “gay” go down over the years.

“I don’t hear it too much—in my classes, anyway. I don’t know if it’s because they know I’m gay  as a teacher or something else,” said Balcaen. “I was surprised by [The Little Hawk’s] email because thought that was a seven-years-ago kind of issue. When I started, it was very popular at the time, but now I don’t hear it very often.”

Balcaen started teaching at City in 2012, three years before gay marriage was legalized across the U.S. In the past, he has seen a larger presence of homophobia at City, but now he rarely hears anything.

“I feel like maybe again that’s because they wouldn’t say it in front of me, or maybe because French students might have a different mentality,” said Balcaen. “When I think of that phrase, in the context that you’re talking about, I think of jocks, frat boys…something like that. So would that surprise me? No. There’s probably some students here that think like that.”

Abdalla also mentioned male students using this phrase more often, and that she has seen the City High community be more welcoming to women in the LGBT community.

“It’s not as bad as other places, especially for women. It’s easier in a way because if you held hands with another girl no one would think twice,” said Abdalla. “If I’m walking down this hallway with one of my [female] friends and we’re holding hands or we hug no one’s going to care.  When it comes to men, if they’re holding their guy friend’s hand someone is going to point them out or look at them weird.”

Abdalla thinks that the attitude she noted toward male students showing affection and emotion, in platonic or romantic ways, might be due to the fear of being unmasculine.

“We need to change that stigma,” Abdalla said. “That double standard is not OK because some men like to show emotion and that’s completely fine; they should not be shamed for that. And that really needs to change.”

A study related to the stigma Abdalla noticed by the U.S. National Library of Medicine states that “heterosexuals, especially men, are more supportive of affording lesbians civil and adoption rights relative to extending them to gay men (Herek, 2002).”

The research went on to create a connection between legislature and the differing attitudes toward the LGBT community between heterosexual men and women.

“Research indicates that heterosexual men are, on average, more homophobic than heterosexual women. Furthermore, homophobia and other attitudes towards homosexual individuals (such as opinions about their legal rights) are highly related (Bolte, 1998).”

Martin doesn’t think that students calling something “gay” or ending a phrase with “no homo” is homophobic behavior. She thinks it’s something different.

“I wouldn’t classify them as homophobic, but I would say that they weren’t being nice towards gay people,” Martin said.

Martin, along with Anshul Gowda ‘19, believe that most students don’t intend to hurt others’ feelings when using this saying.

“Yes, [I have heard it,] and I think they were messing around as teenagers usually do,” said Gowda. “I guess they don’t really think in the moment, but it could offend people. I think you just gotta have people tell them how it affects them, like have people who are hurt by it tell how you affects them.”

Abdalla doesn’t think it would happen at City, but she thinks hearing this phrase could possibly make students hesitant coming out in other communities.

“In other places if they hear a bunch of people going, ‘Oh, that’s gay,’ or, ‘Don’t be so gay, bro,’ something like that, people wouldn’t have the confidence to come out and say it,” said Abdalla. “If we made it so people didn’t have to hear that all the time, people would come out more and accept themselves. Because it’s hard knowing who you are inside but not being able to tell anybody because you’re scared of the repercussions.”

Balcaen thinks that the issues Abdalla highlighted are improving, but students need to become informed about the appropriate language to use.“There’s a lot of things that have been moving in our direction these past few years and I feel like a lot of students need to be more educated on it. Probably some staff, too,” said Balcaen. “Just know your terminology, what’s OK to say, what’s not OK to say. I feel like overall it’s [a] pretty open-minded school district and school. There’s always work to be done. There’s always more educating to do.”