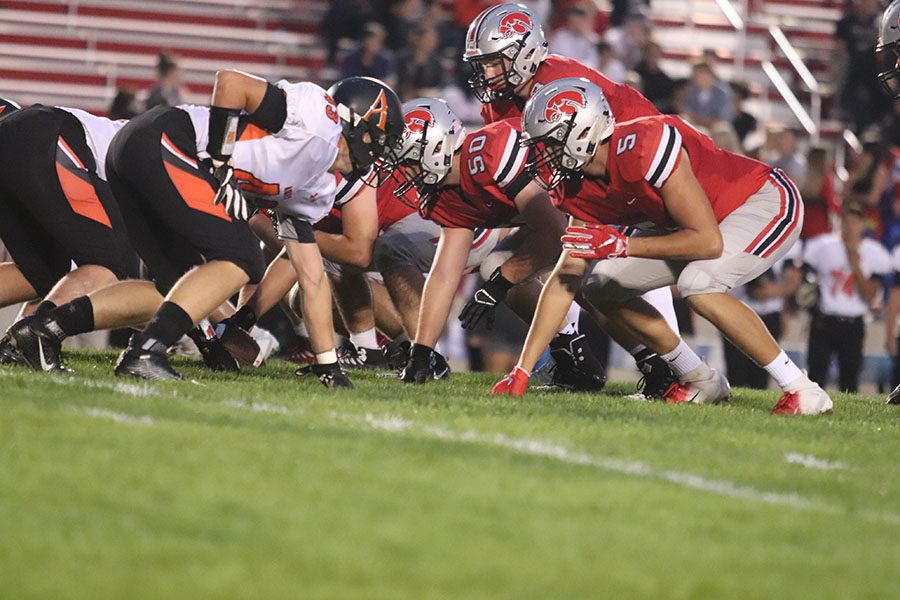 Ames lines up against City.

One of the biggest turnarounds for the City High offense this season has been the development of the offensive line. The Little Hawks started four Juniors on the line last year, which meant the undersized unit took its lumps. The group was able to hold its own in a system that favored quick passes and short plays to the outside, but their disadvantages in size and experience often prevented City from employing their typical ground and pound philosophy.

This year, however, the line appears to be a strength. In their first three games, the Little Hawk offense has been nearly entirely run focused, including a 403 rushing yard performance against Liberty to start the season. Featuring a rotation of four Seniors and three Juniors, left guard Jacob Murry ‘19 says the group’s strength comes from its cohesion and experience.

“We’re more of a unit this year,” said Murry, “and I think that experience helps us as well. Having the skills, training, and knowledge… to do the things that make those holes bigger for the running back.”