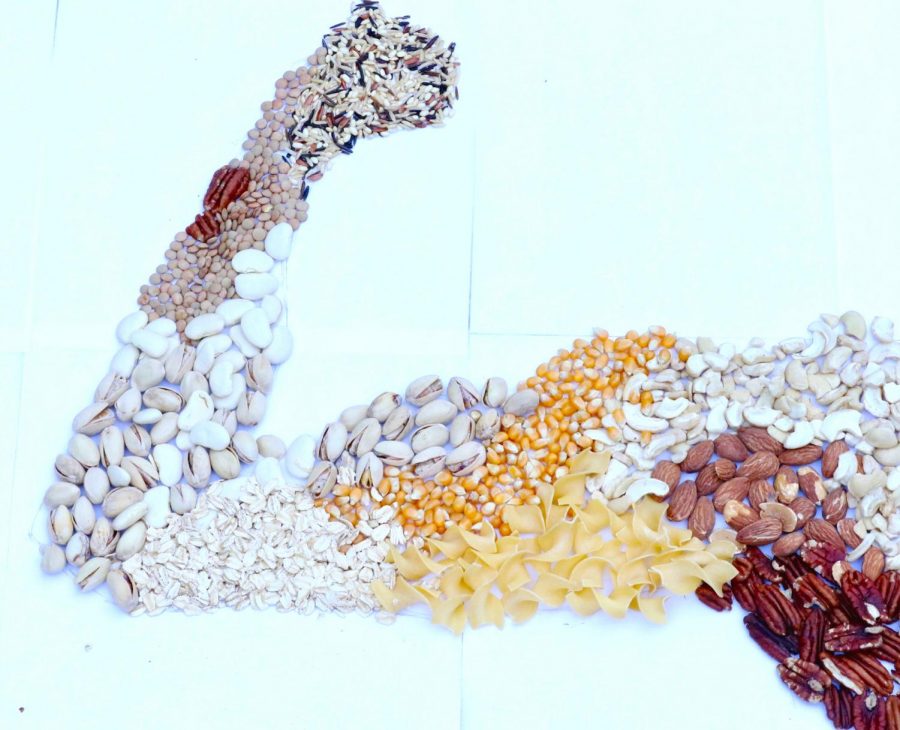 Every Sunday night at 10 p.m., Naomi Meurice ‘19 is in her kitchen, meal-prepping for the week. From burrito bowls to salads to fruit, she packs it into tupperware, ready to be grabbed early the next morning.

“In school lunches I didn’t really get everything that I wanted or needed,” Meurice said. “So that’s progressed and now I bring my lunch every single day, pre-planned. Meal prep is much better for me personally, it makes me think about what I’m eating and putting into my body.”

As a two-sport athlete (cross-country and soccer), Meurice knows the importance of fueling herself for practice and competition.

“Everyone’s diets are super different; everyone likes different types of foods, but having healthy food in front of people is always a really good thing,” Meurice said. “I think some sports lack that. During cross-country season some people will go home and eat a bag of candy and some chips, and maybe their bodies are okay with that, but I ultimately want to fuel my body right.”

During cross-country season some people will go home and eat a bag of candy and some chips, and maybe their bodies are okay with that, but I ultimately want to fuel my body right.”

Making nutrition a priority is something the cross-country team is attempting to do better. Assistant coach Jess Hodge has had in-depth conversations with Meurice and the team on how to view food as an important resource.

“I love using coaching as the avenue to talk about nutrition,” Hodge said. “Coaching cross-country is not just about focusing on the run. There’s factors you can control, like your sleep, your hydration, your mental self talk, your nutrition. I really didn’t get it in high school. Oh my goodness, if would have known what I know now I could have been a stronger athlete and just a stronger, healthier young woman.”

Hodge recognizes that eating healthy can take some extra effort, that between practice and homework athletes can struggle to find the time to pay attention to what they are eating. But she sees the Sunday night meal preps Meurice does every week as a perfect example of simple, healthy habits.

“I’m human, there’s days where I don’t have the time to cook, I really don’t, so that’s when you have to give yourself some grace,” Hodge said. “There has to be moments of doing what you need to do to be less stressed. So my advice would be to make it simple. Meal prep does not have to be complicated. It’s easy to get caught up in what people on Instagram are doing, with all these recipes that look beautiful. But honestly, you could go to the grocery store, get a frozen bag of vegetables, some ground chicken, make some quick minute rice, and right there you have a veggie, a protein, and a carb for the next couple days.”

Nicole White is the sports nutrition director for the University of Iowa, a job created specifically to advise all of the collegiate teams on how to make healthy eating choices for their sports. Even so, she understands the importance of the role coaches play in their athletes’ eating habits.

“If the coach does not support the message and readdresses it and reaffirms it, they aren’t going to be very productive,” White said. “The coach is the person who has the most time in front of the athletes; they recruited them, they spent all those years drilling them, so they have the most influence.”

Hodge has taken this role very seriously. But she is mindful of how easily conversations about nutrition can turn down the wrong path.

“Balance is so important,” Hodge said. “Even to this day, it’s hard. There’s a lot of different avenues you can go down with nutrition, and it can get scary and ugly with restricting and not eating enough, or what is called orthorexia, which is where you care too much about eating perfectly. That’s not healthy. That’s not balance. Learn to listen to your hunger cues, listen to what your body really wants and honor that. Know that you will do good and get better when you eat better food, but your heart and your brain need some good food too. And if that has to do with cupcakes or celebrating after a run with friends and a big stack of pancakes, that is also really healthy to do.”

In so-called ‘aesthetic sports’ such as running, swimming, and wrestling, where athletes tend to wear the least amount of clothing, oftentimes body image dysmorphia is found to be more prevalent. This is an issue White has spent years researching, and has seen some of the unhealthy trends that goes along with it.

“The biggest thing I see is people unconsciously underfueling,” White said. “In high school that’s what they did and that’s what they’re used to. Our bodies can get used to running on a certain amount of fuel for a long time, because our bodies are amazing like that, but we don’t know our full potential until we get all the calories we need.”

Another misconception White often faces is the idea that missing your period during bouts of intense exercise is ordinary.

“If you are a female athlete, it is not normal to not have a period, and if a doctor is telling you that, unless you have some kind of disease, it should not be happening,” White said.

Amenorrhea, or the absence of menstruation, is often associated with extremely athletic people, or as a consequence of adapting to higher levels of exercise. But in reality, the body is shutting down as a result of a lack of food. Exercise itself doesn’t cause menstruation to stop. It’s the mismatch between energy consumed and energy used, resulting in what’s called low energy availability.

For Hodge, this is just another reason why making sure her athletes are being smart when it comes to nutrition is so important.

“We care about it, and we are realizing that this really hasn’t been brought up on the team before,” Hodge said. “Why are we just now thinking of this? We don’t want to cross a line where we’re feeling too pushy and say that you should be eating this. We know how dangerous it can get, too, especially with women. So we’re trying to figure out that line is and I think we’re doing a good job so far.”

Having large conversations with the team is just the first step. Meurice has bought snacks to hand out after practice, in the window of time an athlete’s muscles are in need of calories, and Hodge has utilized the team Instagram to post race-day meal and snack ideas such as peanut butter protein balls. 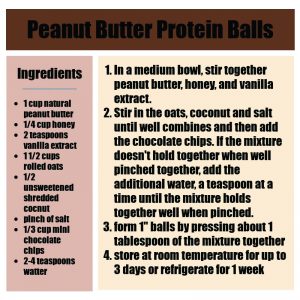 High school athletes are at a time in their lives where what they eat is especially formative for how they continue to grow into their bodies as adults.

“People say, ‘Oh, it doesn’t matter, it’s just for four years right now,’” White said. “Well, four years at this point when you’re growing and developing can have a big impact on the rest of your life. And in sports it’s a competitive edge, it’s an extra bonus, just like going to your athletic trainer. I feel like nutrition is the most underutilized performance edge out there. You’re able to see the results and they usually are a big motivator. To see somebody when they understand a carb or see their times come down or they are able to have energy in practice and not feel lightheaded is a massive gain and very rewarding.”

Hodge sees her platform as a coach in a very similar way.

“Nutrition is such a learning experience, and I’ve learned how good it can make me feel, not only physically, but when I’m eating healthy, I feel mentally sharp, I feel happy, I feel like I have more energy, I’m just in a better mood,” Hodge said. “I’m very passionate about continuing to live that way, and letting others know about it.”