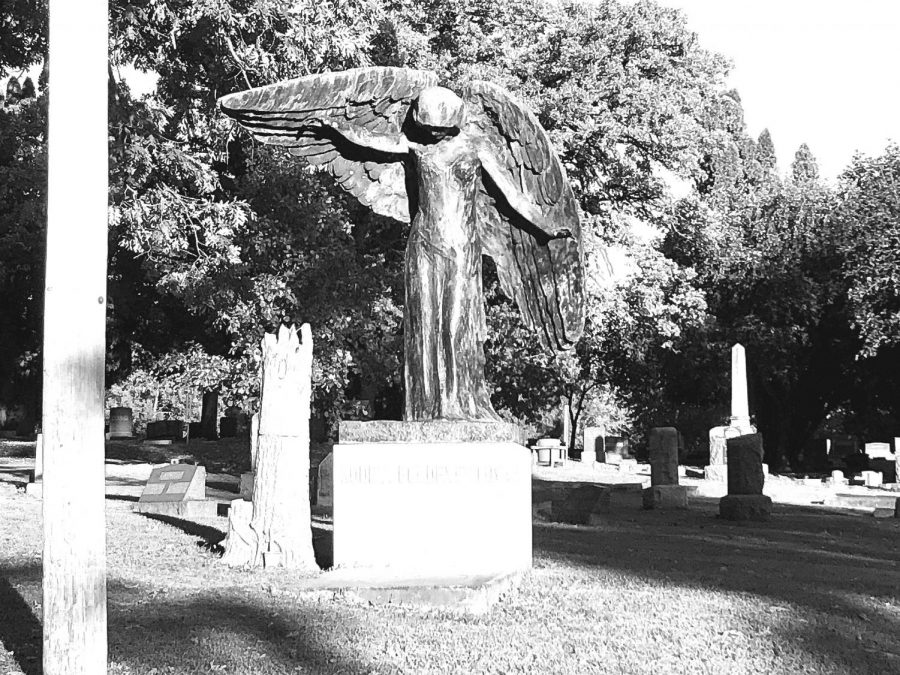 Arguably the most well known haunted place in Iowa City, the Black Angel at Oakland Cemetery has haunted the area since 1912. The statue serves as a memorial for Nicholas and Teresa Feldevert, but it also has an eerie tale surrounding it. Teresa Feldevert, an immigrant from what is now Czechia, built the statue for her late husband, Nicholas Feldevert, whose ashes are in the bottom of the statue. When Teresa died, her ashes were placed next to her husbands, but although the statue states her date of birth, her death date is nowhere to be found. There are many explanations for the statue’s black hue: Teresa Feldevert’s mysteriousness, the angel was struck by lightning on the night of Teresa’s funeral, Teresa’s broken vow of infidelity, a theory that Teresa murdered her son who is buried under the wing, and the simple oxidation of the metal. It is rumored that if one kisses the statue in the moonlight, they will be struck dead in six months. No matter what is true about the Black Angel, its hora continues to cause many residents of Iowa City to believe, and fear, the legends.