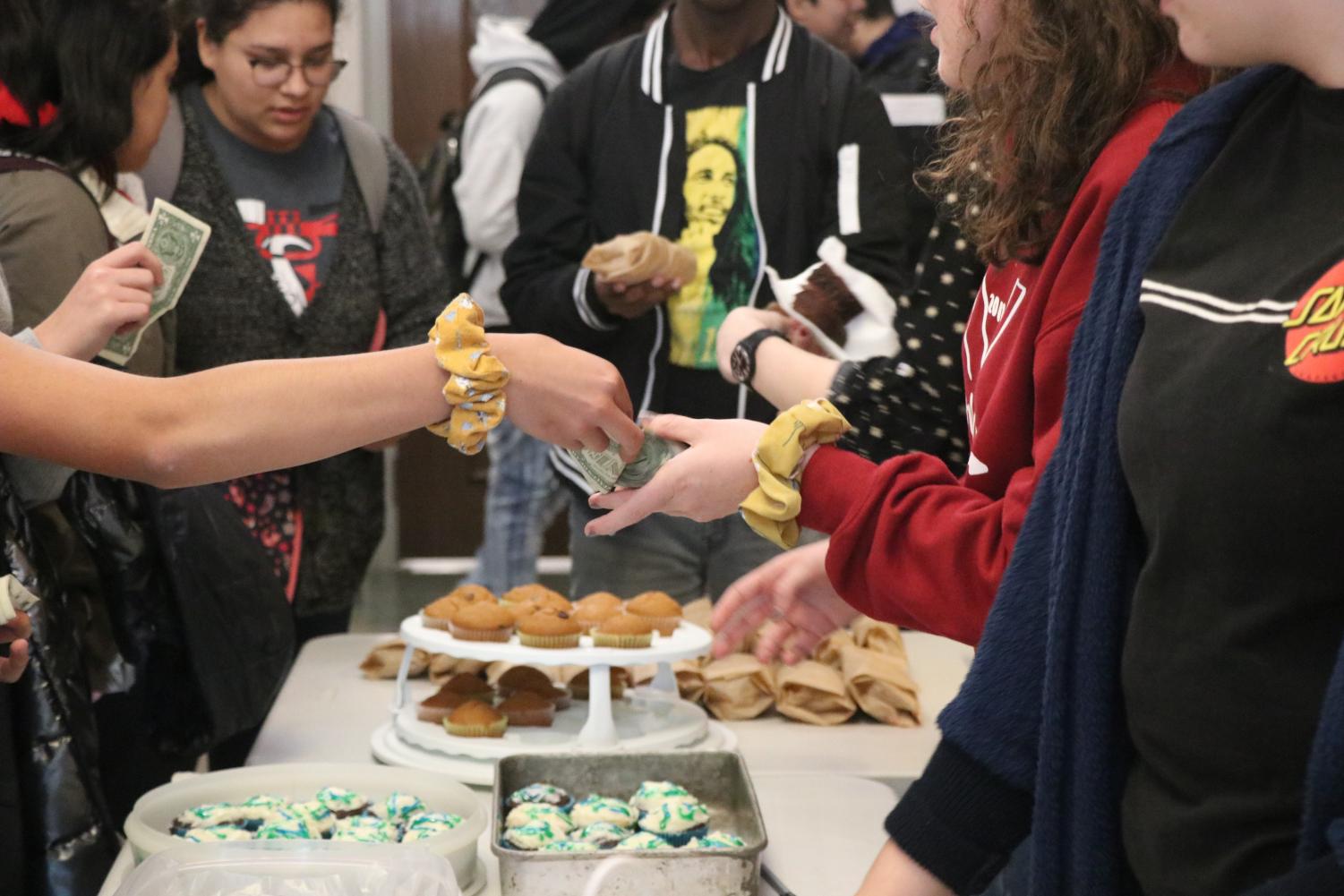 Students gather as they buy treats priced from one to two dollars. (Nina Lavezzo-Stecopoulos)

Students gather as they buy treats priced from one to two dollars.

Students gathered in the main foyer on Monday, October 29 to buy and sell treats made by the members of the newly established City High branch of Greenpeace. Students started the club after a unit in AP World last school year that included discussion about the Green Revolution. Katherine Introna ‘20 wondered why there was no Greenpeace club at City High and decided to change it. The club meets in room 1312 from 8:25 to 8:35 on Monday mornings.

“If you talk to adults, they all know what Greenpeace is, but if you talk to kids in our generation, barely anyone knows [Greenpeace],” said Introna. “So I think it’s important that we start the new generation.”

The organization focuses on many environmental issues: protecting biodiversity, preventing and eliminating pollution of the land and sea, limiting deforestation, working to get animals off the endangered species list, and fighting global warming.

“There are so many issues surrounding global warming, I’d like to at least be a part of something that does something to help it,”  said Sophie Trom ‘20, a member of the club.

Students feel a particular need to aid the environment in order to secure a safe future for themselves and future generations.

“I want to make the community a better place and because as we know the world’s going downhill. It’s our job to keep it stable for a while and help the endangered species. Giraffes are now on the endangered species list, and polar bears are too,” said Azurra Sartini-Rideout ‘20.  “You can watch videos of them not in their habitat anymore; all brown. It’s really depressing.”

The students connected with an already formed, local chapter of Greenpeace to begin their work with environmentalism. The bake sale was the first event for the club to host, with many more to come. Although there are many objectives that the group plans to focus on, the first one will be to donate their proceeds of the sale to the WWF, the World Wildlife Fund.

“This is our first big move towards really making a change in our community. The ultimate goal with bringing Greenpeace here,” said Introna. “We want to better the environment and better the world. Starting in Iowa.”